Sometimes you need a little bit of battery life, sometimes, you need some memory, and EMTEC’s Power Connect provides both!

Emtec was nice enough to send us over their Power Connect, which is honestly what your smartphone needs when you’re out and about and don’t have access to a wall charger. That and if you’re the type that still gets 16GB devices, you’ll be happy to know that you can always have an additional 32GB of data somewhere at the bottom of your bag at any given moment. 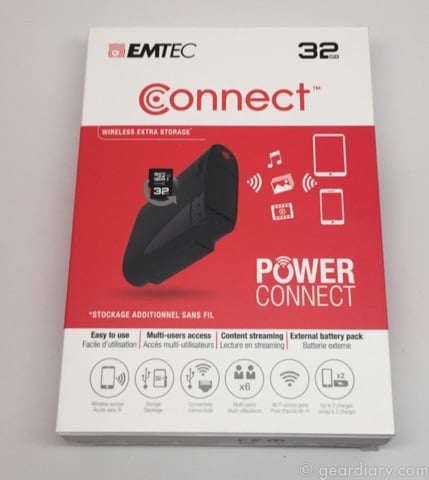 The Power Bank is an all-black battery pack and extra wireless storage system that fits in the palm of your hand. The specs of the Power Connect are as follows:

When you look at the EMTEC Power Connect there’s not much glitz and glam, and everything is laid out to be self-explanatory. 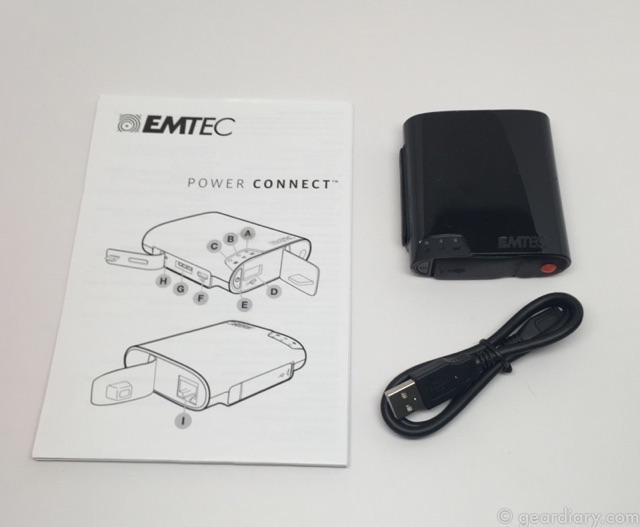 What looks like a record button in the red dot on the bottom end of the Power Connect is just added flair that honestly is there to support it when sitting upright. Beside it there is a USB port for plugging into the battery pack to charge it. I like this approach over having to suffer with a battery pack with a micro-USB cable attached, because those often don’t have a secondary Lightning cable. Plus with my Echo Connect (currently reviewing) this works perfectly. Then obviously there’s a power button that, you guessed it, turns the device on. 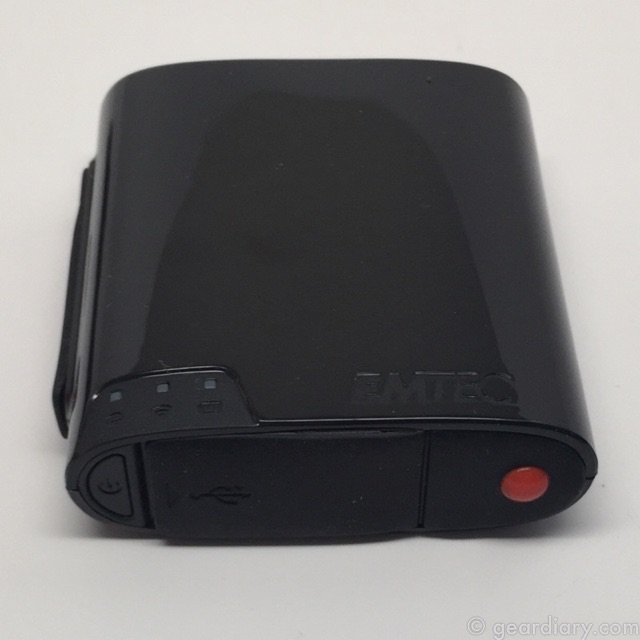 On the left hand side of the Power Connect is where you’ll find the heart of the device. 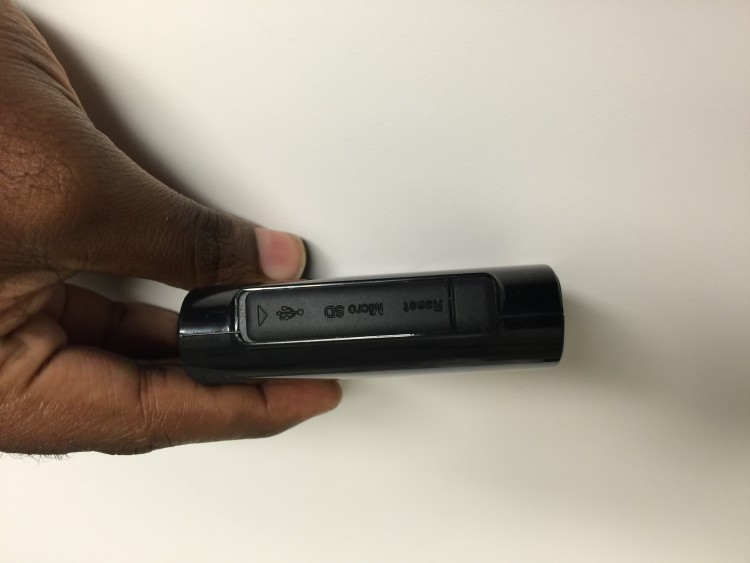 EMTEC included three different functions on this end, which are the reset function, the Micro SD card slot which houses the 32GB SD card included, and the business end of a micro-USB port to charge the device up when you’re running low on fuel for it. I didn’t have an opportunity to try it with a 64GB card, but the unit I received did come with 32GB, which is more than enough. 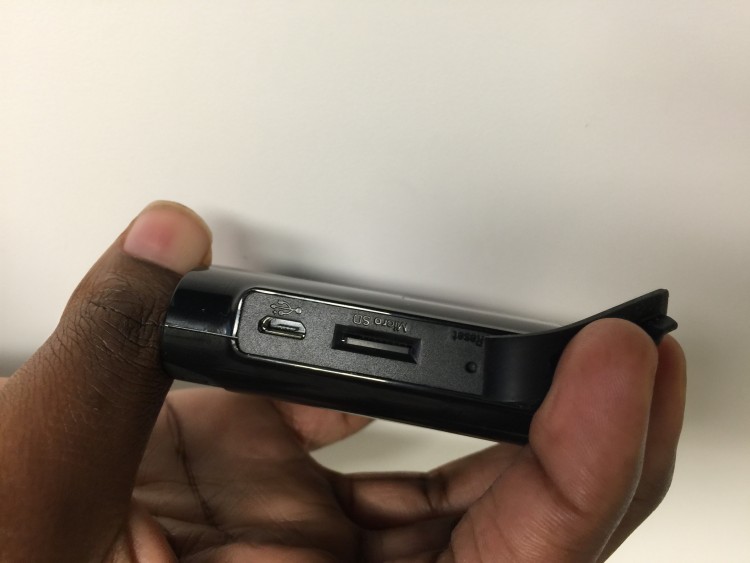 At the top you’ll find the Ethernet port. Why do you need an Ethernet port on a portable charger? Because you can send all of the files you’d like on your EMTEC through the cable so you can be connected to the internet (without using wireless) while sharing your files. Pretty nifty feature that I found to be very useful!

In the front of the EMTEC Power Connect towards the bottom are three indicators that tell you if you are connected to internet, if you’re on Wi-Fi, and if your battery is currently charging. 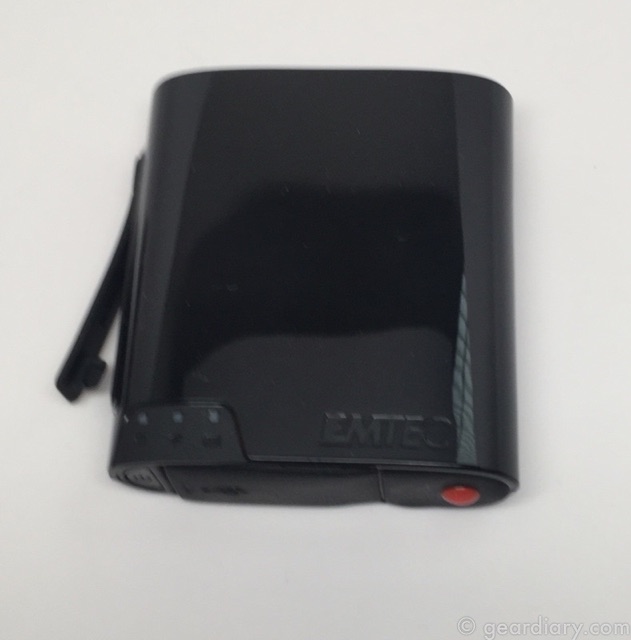 EMTEC’s device itself is self-explanatory and easy to use. Accompanied by EMTEC’s app (app store link), you can easily view files. Now, the app itself isn’t optimized for Apple’s latest iOS 9 update, but I’m sure it will be soon enough. The app allows for videos, photos, music, and documents as well. The icon is pretty cool, also. They give you an option to back up your phone, but with iCloud I don’t see the purpose, but for someone else it might be worth it. I can’t say how much you’ll be able to back up though.

My main concern though was the backup battery portion of the Power Connect. Seeing as though my Apple iPhone 6 Plus’ internal battery is 2915mAh, and the EMTEC is at 5200, I tested it out to make sure that it would indeed charge my phone at least up to 80% with its battery, which it did, coming from 15% percent battery life while out at a screening for The Martian. So you’re safe in its estimates that it will charge your phone. Now it won’t charge it twice, but you’ll be able to get about 1.25 of a charge out an iPhone 6 Plus, and POSSIBLY two full charges out of an iPhone 6/6s.

Overall, I love this battery pack, not only for its ability to charge my devices while out and about, but also for its ability to carry certain files I might want to view but not have physically on my phone. Currently, I haven’t been able to find a place that has the Power Connect available for purchase, however you can check EMTEC’s site for further updates.

What I Like: charges my iPhone 6+ at least once.

What Needs Improvement: Maybe some battery indicators could be useful.