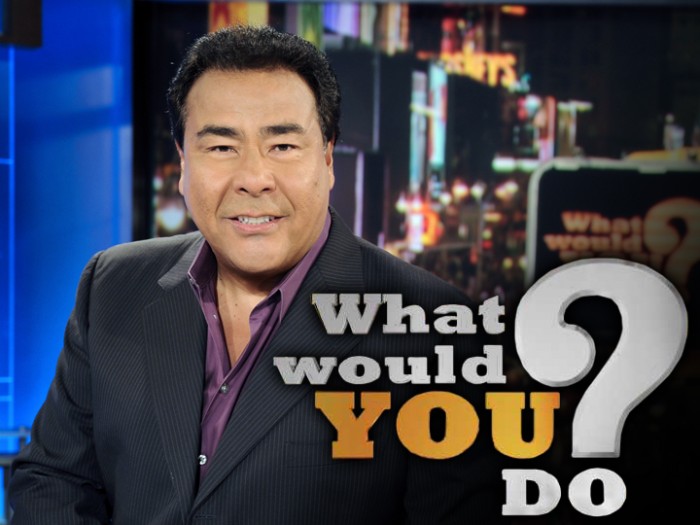 PRIMETIME – WHAT WOULD YOU DO? – ABC News’ John Quinones reports on peoples’ split-second – and often surprising – decisions, on PRIMETIME: WHAT WOULD YOU DO?, which uses hidden cameras and actors to see how people react when put in provocative situations. The program airs on FRIDAYS (9-10pm, ET) on the ABC Television Network.
(ABC/ Ida Mae Astute) JOHN QUINONES