The smartphone industry is extremely competitive, and manufacturers know it’s necessary to continually release devices with the latest and greatest features. A while ago, Samsung caused a stir among tech enthusiasts with “Project Valley,” the code name for an initiative dedicated to developing foldable phones. 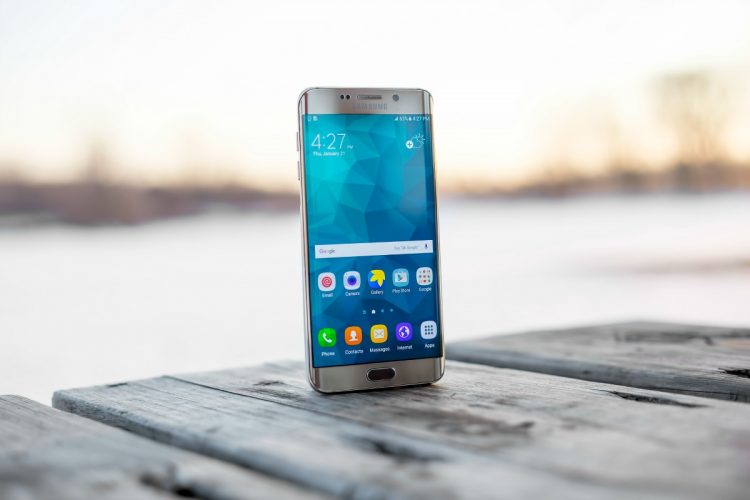 More recently, the company received a patent for an extremely flexible smartphone and took a more decisive step toward releasing that kind of technology.

What We Know So Far About Samsung’s Highly Anticipated Device

Information about Samsung’s patent application indicates that not only will this future phone be bendable, but it can fold without pressure from a user’s hands. The patent filed by Samsung also indicates the device screen will feature a flexible substrate made of a plastic that’s both extremely durable and resistant to heat.

Since the patent refers to the technology required to make smartphones flexible, it could apply to several gadgets, not only one. Evidence suggests Samsung is serious about making flexible devices for a couple of reasons. Its recently granted patent is one of several it has applied for that relate to flexible products. Samsung has also applied for this current patent over two and a half years ago, so it’s related to an item, or even whole category of products, that has been mulled over for quite some time.

Apple Is Eyeing Bendable Technology, Too

Samsung and Apple are fierce competitors, so it should come as no surprise that Apple secured a patent for a bendable smartphone around the same time Samsung did. Now, it’s expected the two companies will be in an unofficial race to release the device released first. Apple’s patent details show a phone with a clamshell design. The future smartphone will also include tough materials that allow it to bend, yet resist cracks.

Although details about the gadgets are scarce, it stands to reason that their designs will likely build upon already established flexible technology like those used to develop the iSkin. They’re also likely to implement flexible circuit boards (ironically, named for their versatility – not how flexible they are) which are only about 10 percent of the space and weight of traditional circuit boards and already widely used in mobile phones.

The Apple Corporation reportedly hopes to release an iPhone with a screen that’s at least partially bendable by 2018. The device will likely include OLED technology, allowing the screen to be brighter and more colorful than past models. The Apple Watch is the only product in the company’s lineup that presently uses OLED technology.

Besides being flexible, the potential new iPhone may be the first that does not have a Home button. Apple’s engineers are supposedly looking at ways to allow people to turn on the iPhone by utilizing fingertip sensors and pressure-sensitive screens.

Samsung Seems to Be Ahead in Terms of Development Efforts

Tech analysts assert Samsung’s flexible smartphone will probably be released before Apple’s effort. This summer, news broke that Samsung plans to unveil not one, but two flexible devices sometime in 2017.

The first of those has a rumored design similar to a cosmetic compact in the way it folds. There’s also supposed to be a second multi-purpose phone with a five-inch screen when used as a handset, and it can also be converted into a tablet featuring a screen that’s three inches larger.

How long will you have to wait to see what Samsung’s created? Some people believe it won’t be long. In February, there will be a major Barcelona conference associated with the mobile phone industry. Although nothing’s been confirmed, it seems like an ideal time to see the two smartphones poised to release this year, but not the device associated with the most recent patent.

Then, once the first extremely flexible smartphone arrives, you can be assured other top manufacturers, including Apple if necessary, will work harder than ever to showcase their own models.