Some months ago, I declared the Jabra 75t the “current champ of true wireless earphone.” I currently switch between them and the Master & Dynamic MW07 Plus as my goto daily TWEs- The M&D when I want top fidelity and the Jabra 75t for activities like walking my dog, Nava. Now we’ve got the impressive Jabra Elite Active 75t. 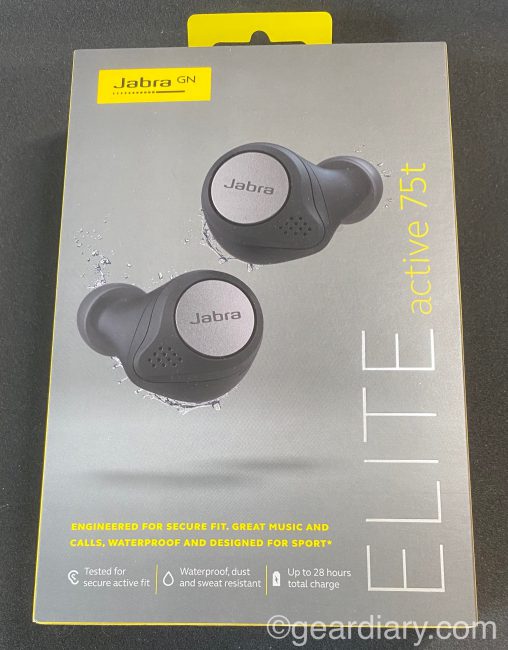 The Elite Active 75t is an incremental update to the Elite 75t, a truly wireless earphone that was already both comfortable and great sounding. In fact, from a distance, they look the same. 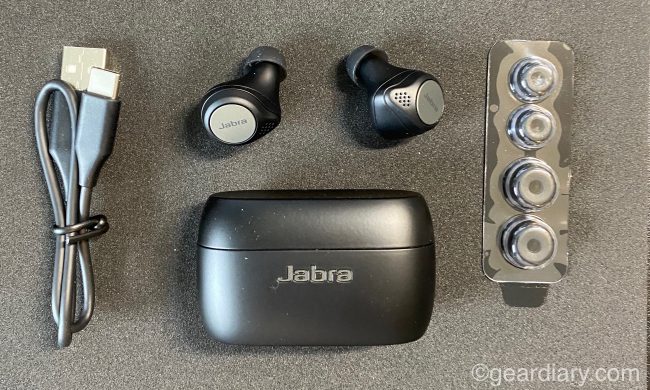 Like the 75t, the Elite Active 75t ship with a small charging case, the true wireless earbuds, a short USB-C charging cable, and a selection of EarGels so you can get the best fit possible.

Durability: Waterproof. Sweatproof. Workout-proof. Elite Active 75t have been specifically designed for an active lifestyle. An IP57-rating makes them fully waterproof and sweatproof, so there’s nothing holding you back from running through the storm or sweating out your new personal best in the gym.

In keeping with their active moniker, the new earbuds have a durable coating for dust and sweat resistance. That translates in an increase from the IP56 of the Elite 65t to an IP57 rating. That, in turn, means this new offering is waterproof.

Battery: Not bad for a little bud. Enjoy up to 7.5 hours of continuous use, or up to 28 hours with the charging case. Speaking of the case, it’s extremely compact, with powerful magnets that lock the earbuds into place, USB-C charging, including fast charge, and a handy upright design.

The earbuds themselves deliver up to seven and a half hours of playback before needing to be recharged in the included case. As noted above, with the case, you can expect to get almost thirty hours of playback! And if you do run the battery down, in fifteen minutes, you can get a fast charger that will give you up to an hour of playback.

All this is thanks to an ever-evolving intelligent power management system that, when combined with a new low-power Bluetooth 5.0 chipset, provides impressive battery life! 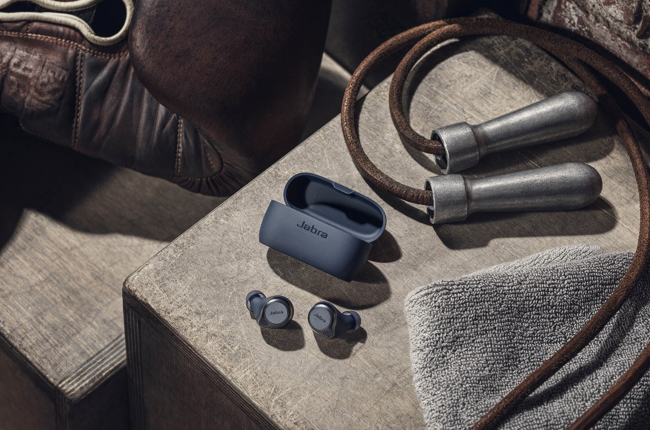 Sound: Real world: optional. We’d all like to hear more of what we want to hear and less of what we don’t. That’s why we created HearThrough. It’s like a volume button for the real world.

When I want the best audio experience possible, I reach for my Master & Dynamic MW07 Plus. Most of the time, however, I find myself using the Jabra Elite 75t and now the Jabra Elite Active 75t. They don’t have the audiophile quality of the MW07, but they sound damn good and, thanks to recent updates, are continually getting better. 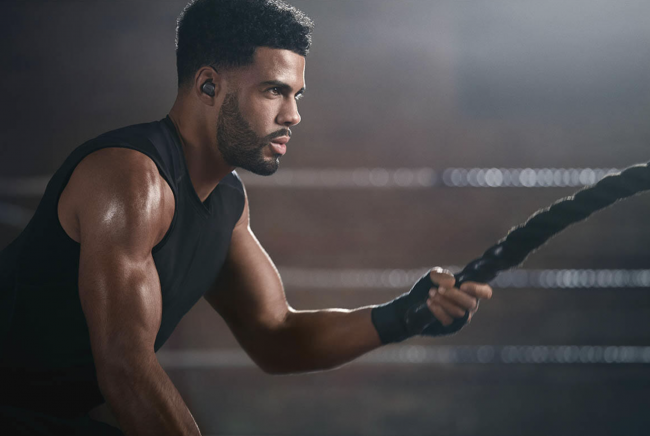 Hear Less: When you just want to lose yourself in the music, our superior noise-isolating fit helps keep the real world at bay, leaving you free to feel the powerful bass.

The Active 75t don’t have active noise cancellation like the MW07 Plus, but the fit is so secure that they block out a significant amount of ambient sound. 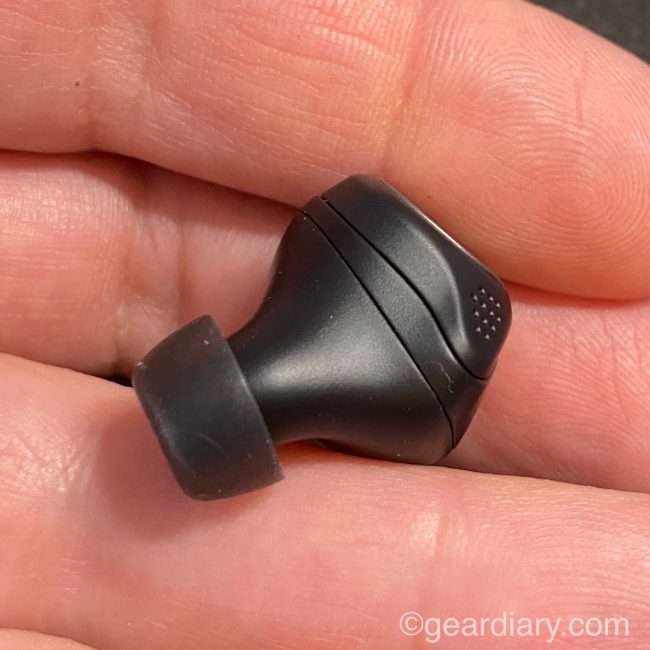 Overall, when the headset is on and the music raised to just over a whisper, the Elite Active 75t TWE do an excellent job of isolating you from the world. But that, however, is not always a good thing. Thankfully, Jabra baked a solution into the Elite Active 75t.

Hear more: When you need to hear what’s going on around you, HearThrough has a handy slider, so you can decide how much of the outside world you want to let in.

At the touch of a button, you can turn on the Elite Active 75t’s HearThrough mode. This allows ambient sound in so you aren’t totally lost in your own little world. This is key for people who are wearing the headset while running on a busy street or commuting into the city and, for safety reasons, can’t afford to be cut off from the surrounding world. (This is one of the reasons Raina is so partial to her AirPods- they deliver audio without cutting her off from the world.) It gets even better when you use the Jabra sound+ app. It lets you control the amount of sound HearThrough allows in! 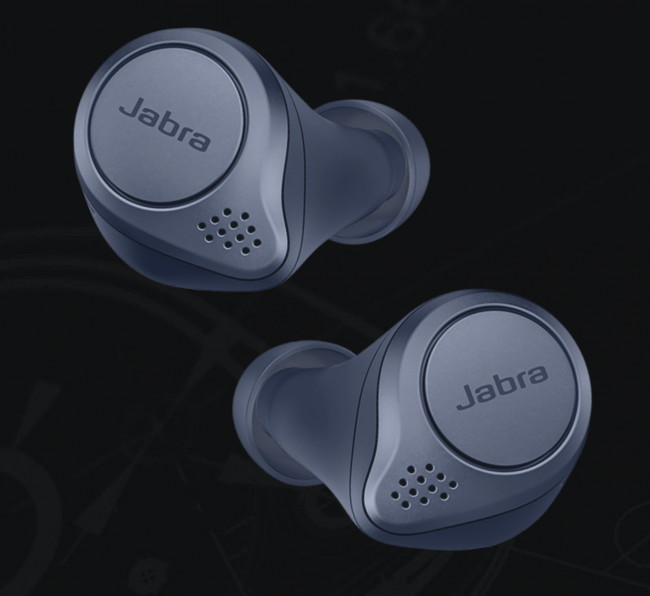 The Elite Active 75t have 6mm speakers, four built-in microphones, Jabra’s latest digital signal processing algorithms, and new beam forming technology, so calls sound crisp and clear. I’ve been impressed with how good these sound despite their lack of a boom that brings the microphone closer to the speaker’s mouth. 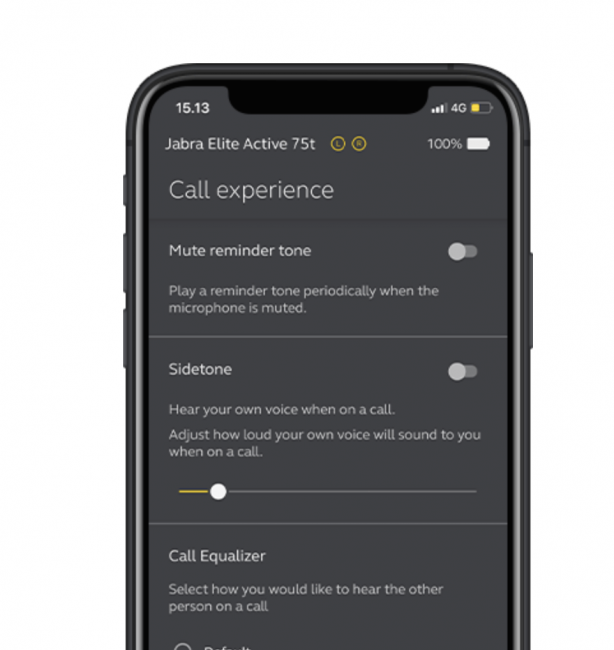 The sound gets even better when you use the Jabra Sound+ app. As the company explains:

In the Jabra Sound+ App, a call equalizer gives you complete control over how you hear other people, while Sidetone allows you to customize how much of your own voice you hear on calls, so you won’t need to speak louder to hear yourself. And with seamless switching from calls to music, you’ll never miss a beat (or a call).

The Jabra Sound+ app lets you control the amount of HearThrough sound allowed in, control the equalizer (there are presets, or you can create personalized settings) and more. To make life even easier, Jabra, “engineered a whole bunch of different sound profiles, from Smooth to Bass Boost, which you can customize even further in the Jabra Sound+ App.”

MySound is your sound. Everyone hears differently. Your favorite song? It sounds a little bit different to everyone who listens to it. We know it’s impossible to improve on a classic – after all, if it ain’t broke, don’t fix it – but we realized that we could still make the music you love even better, by revolutionizing the way you hear it. 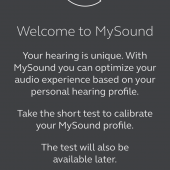 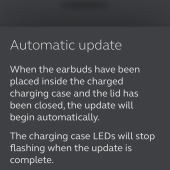 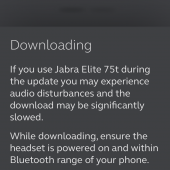 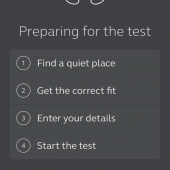 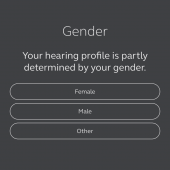 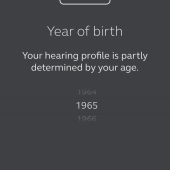 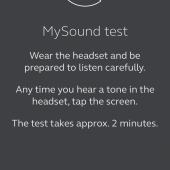 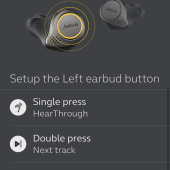 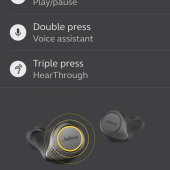 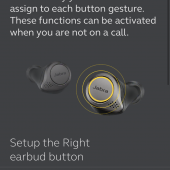 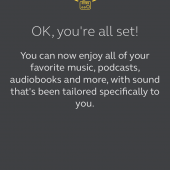 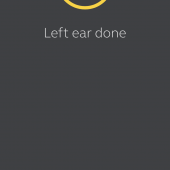 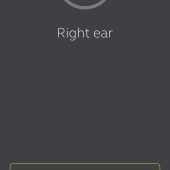 Jabra recently released an update for the Jabra Elite 75t and Active Elite 75t that adds their new My Sound functionality to the earbuds. MySound performs a hearing test with each of the listener’s ears and then takes the data it collects to customize the sound output to the specific listener. We’ve seen this technology employed by other companies in their over-the-ear headphones, but this is the first time I’ve experienced it with true wireless earbuds. I’m impressed. The process begins by asking a few questions, including gender and age. The age question seemed especially significant because we all know that those of us who grew up in the 70s and 80s already have some degree of hearing degradation. This allows the earphones to compensate for that and deliver audio in the best, cleanest way possible. 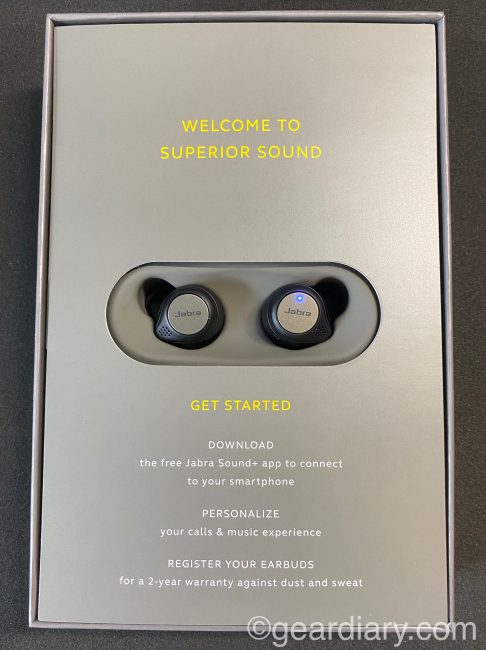 I’m quite sold on this. My Elite Active 75t sounded excellent out of the box but was even a bit crisper after I took the time to make use of the MySound functionality.

The update also introduced Jabra MyControls. MyControls gives you the option to use just one earbud. This is great since the 75t line are great for calls. It also lets you map the button functionality so you can set up the controls in the manner that works best for you.

Assistance on tap. Alexa, Siri and Google Assistant – we love them all. Hit up your favorite assistant at just the touch of a button.

One final piece of technology built into both the Elite 75t and the Active Elite 75t is direct access to your choice of voice assistants. You can choose from Siri, Alexa or Google Assistant and, thanks to the recent update, control which buttons activate the service you want. I used MyControls to map the launch of my voice assistant to three presses of the button on either ear. This way, I don’t even have to think about which ear to press when I want to use the voice service. 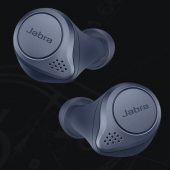 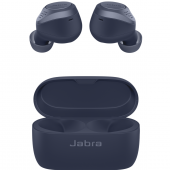 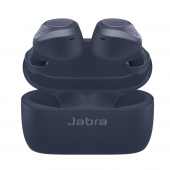 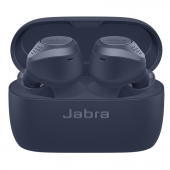 Inside the box, you get the true wireless earbuds, a chartering case, a USB-C cable, three sets of silicon eargels, and paperwork. 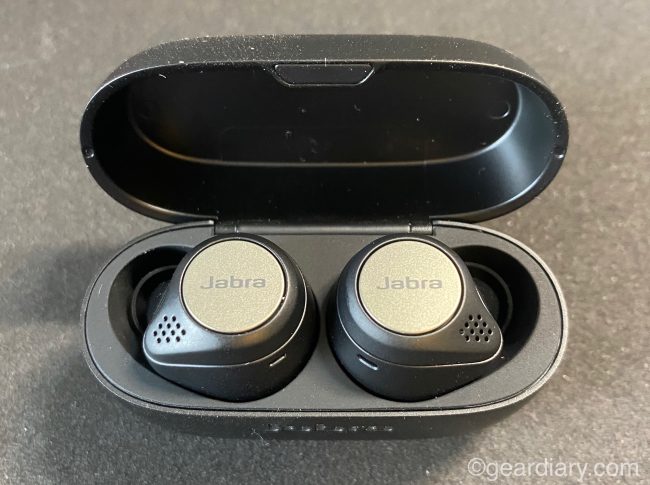 What I Like: Comfortable; Upgraded protection from the elements; Sound quite good and with recent update sound even better; Excellent battery life; All the tech you could hope for other thank ANC

What Needs Improvement: The product page indicates there is a wireless charging case coming soon. I want it NOW!; No ANC