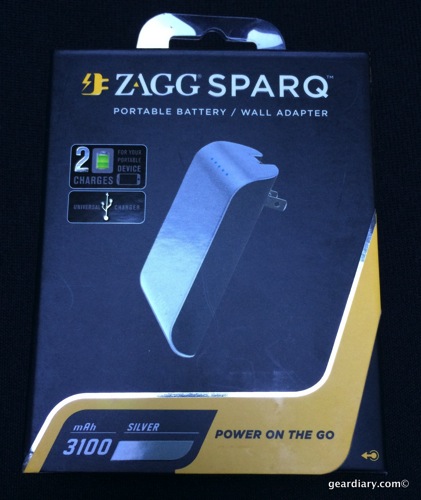 There are some mobile accessories that are no-brainers, belonging in any gadget bag. The ZAGGsparq’s 3100 is close to being one of them; the only caveat being its price at just under $70. The ZAGGsparq’s 3100 replaces your wall adapter, but it also doubles as a portable backup battery; it’s one device that serves two important functions. 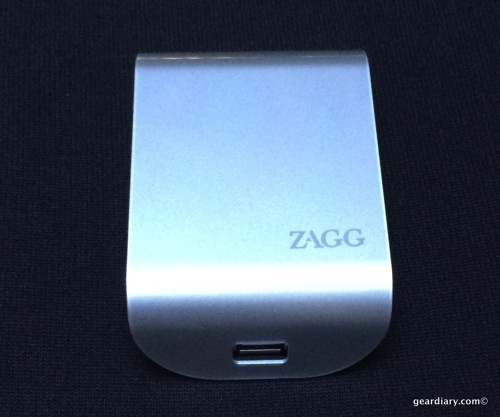 Designed for moderate to heavy mobile device users, the ZAGGsparq 3100 provides up to two charges for all your favorite gadgets. Built-in prongs allow the ZAGGsparq 3100 to double as a wall charger, eliminating the need for a spare charging cord.

At CES 2013 the ZAGGsparq’s 6000 was one of my key pieces of mobile equipment. It served as a wall outlet for not one but two different devices simultaneously and was my 6000 mAh backup battery to get through the long days on the show floor. The ZAGGsparq’s 6000 is expensive, heavy and, for many people, a bit of overkill. For those who don’t need a full 6000 mAh, the ZAGGsparq’s 3100 is a great choice. It’s $30 less expensive, and it still packs a punch.

Let’s take a closer look at this wall adapter/backup battery so you can see if it’s an accessory you need to have in your gadget bag. 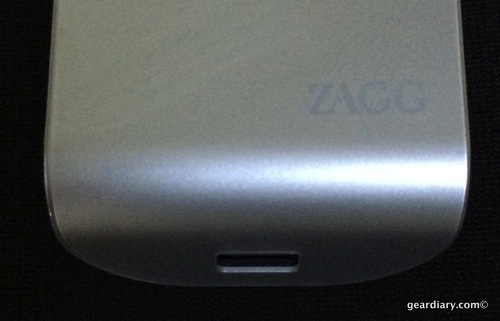 The ZAGGsparq’s durable polycarbonate shell maintains a sleek look while preventing fingerprints from marring its surface. A soft-touch rubber underside keeps it securely in your hand no matter where you need it. Five easy to read LED lights quickly and accurately tell you how much power it has left. Never be caught without power again, be truly mobile with the ZAGGsparq. 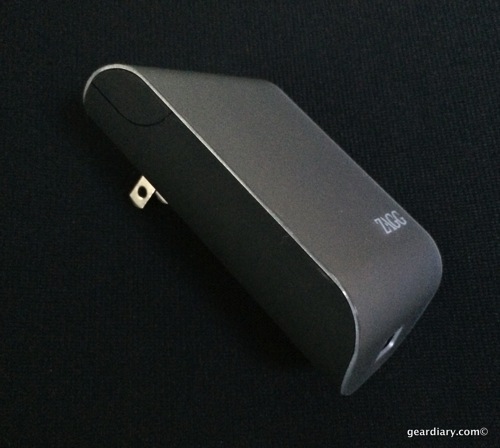 There are a few standout features that make this accessory something I highly recommend. First, it is a replacement for a wall adapter. That’s great in and of itself, but I also love the fact that as you actively charge a mobile device, you also are topping off the backup battery inside. The fact that the wall adapter prongs are retractable is key as well, since it means you can throw the ZAGGsparq’s 3100 into your gear bag without worrying you will end the prongs and render it useless. 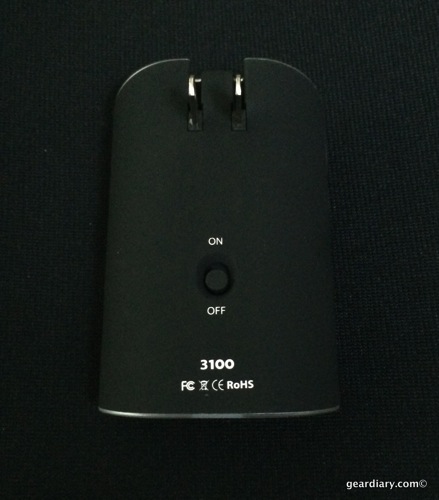 A physical on/off switch for the backup battery portion of the ZAGGsparq’s3100 is also terrific, since it guarantees you won’t accidentally discharge the device while it is inside your bag 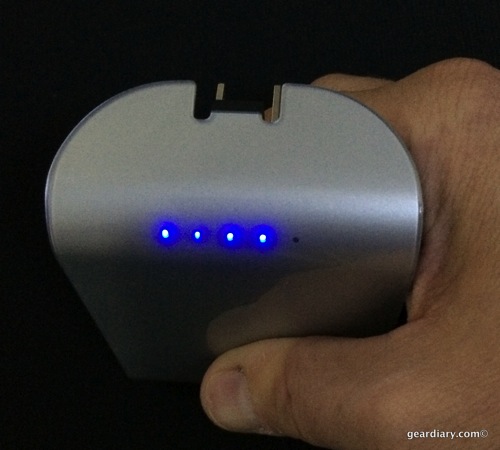 Five bright LED lights come on momentarily when you turn on the battery to let you know how much charge you have available. They quickly shut off so that you don’t have to look at the glowing like the entire time you use the ZAGGsparq’s 3100.

As I noted in the beginning, the ZAGGsparq’s 3100 is a great accessory. It’s older and larger sibling the ZAGGsparq’s 6000 saved me last year at CES, and I’ll likely be bringing both of them with me in 2014. The only caveat that has me a bit slow in my recommendation of this accessory is the price; $69.99 isn’t outrageous for a backup battery, but it is a bit high for 3100 mAh capacity battery. Yes, this device does give you the added benefit of replacing your wall charger, but it is not an inexpensive option. If the price isn’t an issue for you, then you may want to get this battery (or one of the other available model capacities). The ZAGGsparq’s 3100 is a great item that is incredibly convenient. Until the day when mobile devices can go a full day under heavy use without being topped off, something like this is a must on the go.

The ZAGGsparq’s 3100 is available directly from ZAGG and from other retailers.

What I Like: Serves two functions at once by replacing your wall charger and your external battery; Indicator lights let you quickly and easily know how much charge is left; Outlet prongs fold into battery for storage

What Needs Improvement: Less-expensive batteries offering this capacity are available