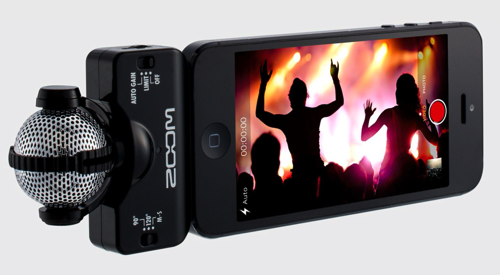 The iPhone 5S shoots amazing video. Unfortunately the same cannot be said for audio. That’s where the Zoom iQ5 comes in. For under $100, the iQ5 plugs into any iOS device with a Lightning connector and captures impressively accurate audio. Using the free app makes it even better. Check out all the features and see it on video.

The Zoom iQ5 comes in either black or white. The product tag line says it all- “Now your videos can sound as good as they look”. I hope it is true since this would be the ideal iOS accessory for shooting future Gear Diary videos. Features include 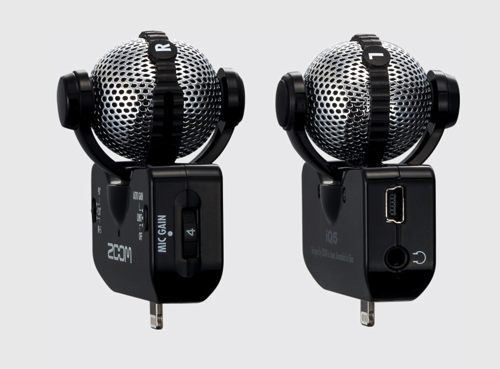