Posted By: Michael Anderson May 28, 2015
ShareTweet

One of my favorite games of 2014 was Divinity: Original Sin from Larian Studios. The game from the Divine Divinity studio brings in all of the elements of classic RPGs while also featuring drop-in/out multiplayer, cross-platform interaction, cloud saves and other modern features. Now they have announced an Enhanced Edition of the game including ports to PS4 and XBOX One! 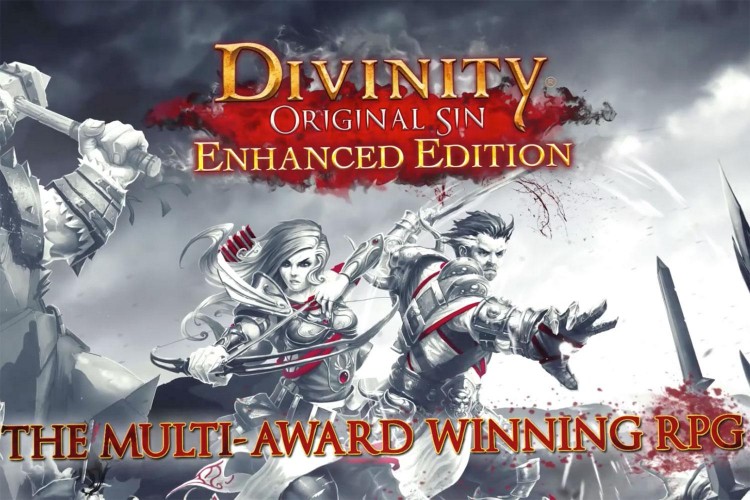 If you have already played the game, you might think that the Enhanced Edition would be a typical ‘Game of the Year’ version, with packed-in DLC and some graphical tweaks and bug-fixes, but in reality you are getting a game that has been significantly reworked after the release based on the hindsight of the team as well as feedback from gamers and critics.

Here is what you need to know about the Enhanced Edition:

Here is the description of the original game:

About: Gather your party and get ready for a new, back-to-the-roots RPG adventure! Discuss your decisions with companions; fight foes in turn-based combat; explore an open world and interact with everything and everyone you see. Join up with a friend to play online in co-op and make your own adventures with the powerful RPG toolkit.

In Divinity:Original Sin you take on the role of a young Source Hunter: your job is to rid the world of those who use the foulest of magics. When you embark on what should have been a routine murder investigation, you suddenly find yourself in the middle of a plot that will rattle the very fabric of time.
Divinity: Original Sin is a game that gives you a lot of freedom and plenty of gameplay mechanics to use or abuse. The game’s epic story may drive you toward your ultimate end-goal, but how you get there is entirely up to you.
Or up to you and a friend, because Divinity: Original Sin can be played completely cooperatively, and features both online and local drop-in/drop-out multiplayer. Great adventures become even greater when shared with a trusted comrade-in-arms!
– Become part of a reactive, living and vast open world. Explore many different environments, fight all kinds of fantastical creatures and discover tons of desirable items.
– Experience gripping party- and turn-based combat. Manipulate the environment and use skill & spell combos to overcome your many foes: Use magic to make it rain on your enemies, then cast a lightning spell to fry them to a crisp.
– Experiment with different skill combinations to ruin the day for enemies and townspeople alike.
– Play with a friend in co-op multiplayer. Make decisions together (or disagree entirely), as your interactions and relationship with your partner influence the game.
– Unravel a deep and epic story, set in the early days of the Divinity universe. No prior experience with other Divinity games is necessary, however. The game takes place well before its predecessors, Divine Divinity and Divinity II: The Dragon Knight Saga, but will still feel familiar to fans.
– Classless character creation lets you design the character of your choice. Endless item interaction and combinations take exploration and experimentation to another level of freedom.
– Create your own adventures and share them online. With Original Sin comes the powerful toolset used by the game’s designers. Yours are endless new stories to make and share with other players!

Head to Steam or GoG.com now and grab the game for PC/Mac/Linux to get started, or wait until later this year to grab it on consoles as well! There is no announced release date, but more details will come at E3 in June!