If you thought that SanDisk cramming 200GB into a microSD was a fab magician’s act, then you’ll be thrilled to hear that they have gone one step further! SanDisk is unveiling two new 256GB microSD memory cards! 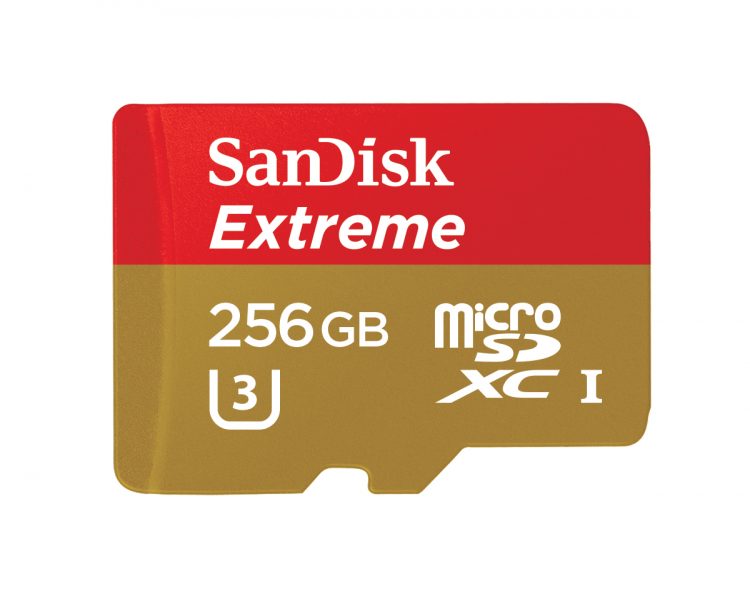 Whether you use a microSD card for media, files, and photos on your Android phone or laptop, or in your camera or drone to shoot 4K UHD or full-HD video, having the capacity to carry as much data as you need without worrying about space will be an unbelievably freeing experience!

The 256GB SanDisk Extreme microSDXC UHS-I card delivers unmatched transfer speeds of up to 100MB/s**, allowing users to save time transferring large files, as well as write speeds of up to 90MB/s** for rapid capture of photos. Users can record an estimated 14 hours of 4K UHD video1 on the 256GB card, making it ideal for high performance drones, action cameras, and 4K-capable smartphones, among other devices.

The 256GB SanDisk Ultra microSDXC UHS-I card, Premium Edition, is ideal for Android-based smartphone and tablet users who don’t want to worry about running out of space on their devices. The new card is capable of storing more than 24 hours of Full HD video1, and also features premium transfer speeds of up to 95MB/s**. At this speed people can move files quickly – up to 1,200 photos in just one minute2.