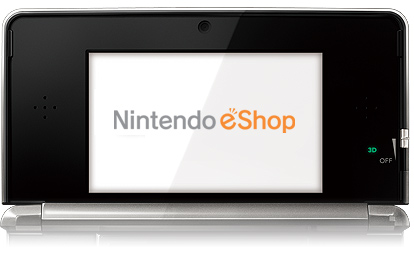 (If you haven’t already, be sure to read Part 1 of our Nintendo 3DS review here!)

Patience is a virtue for 3DS system owners waiting for even more good stuff. Nintendo continues a sustained campaign of all age gaming with a recent update including online features and a special Nintendo DSi transfer feature.

The online security features equal the previous security (limiting 3D usage for younger players, etc.) so every age can feel safe online. Since people cannot really watch players use the Nintendo 3DS (though players can play AR games side by side), the expansive online features become very important. Just make sure to keep that wireless option on (orange light indicator with slide switch on right side bottom screen). Players must power off/on the system to restart the wireless option after trying to get online without activating the switch – a very preventable inconvenience.

Players must still enter 12-digit friend codes, but only one time where codes appear through the Home menu or in games that have online features. The StreetPass (green LED light appears) and SpotPass (blue) notifications are especially helpful when traveling in highly populated areas with the Nintendo 3DS. StreetPass easily connects to other 3DS consoles for exchanging items, local multiplayer games and Mii exchanging. In the Mii Plaza, players can invite other nearby Miis through StreetPass. SpotPass grabs online content in sleep mode. Out of sleep mode, SpotPass is used for multiplayer games along with access to the highly categorized eShop. StreetPass makes a great live online gaming and data sharing experience, especially in urban areas. It creates a new kinetic experience, then SpotPass takes over when players end, so they can return to a gaming experience that never stops. The same sensation in the Sims game series where players feel something is still going on even when they are not actually playing and look forward to return and see what happened while they were away.

The new eShop, includes several categorized areas that always change while regular choices include Virtual Console, game ratings, and search options. The Nintendo DSi Shop still exists but spend those Nintendo DSi points because they do not transfer (more transfer details below). Club Nintendo member can link their account to the Nintendo eShop (do it soon for 40 bonus coins). Current free games include Excitebike, so grab it before it’s gone on July 7th. This dynamic feature adds a fresh take to this new commerce front where users can constantly find new games in new ways. Avid gamers can cut through to what they want instead or just check the new user game ratings. Finding the same game in multiple areas can be annoying, but it definitely help users find that game or convince them to get that game.

The 3D videos have included several games featured at this year’s Entertainment Expo (E3) and a Green Lantern preview. Look for many more videos soon along with Netflix service. The initial OK Go video featuring 3D video features has been taken off the 3DS. Nintendo recommends a 10-minute break for every 30 minute viewing in 3D.

Users can finally get online using wireless Internet access with the Internet Browser (blue wire-like globe icon in the upper right in home menu). The main Internet Browser menu features a basic Yahoo! or Google bar above a bookmarks bar and a settings/page information/URL bar. Since current games can be conveniently paused, this feature becomes a great way to quickly check email or go fishing for some game hints when stuck on a tough level.

Occasionally Web access hits long pauses, which prompts messages like “script execution is taking a long time” then give a choice to continue or not. Distinct audio sounds and clicks let user know when they successfully choose web items and basic tone sounds when as items load. The best features are the back and forward buttons (lower left side of bottom/touch screen), which retain browsing history that also appears in a great chain-like bar menu at the bottom of the top screen. A basic necessity for mobile devices today while the ideal touch pad interface provides a much better option then typing on small buttons.

User can choose a full transfer or custom transfer. A custom transfer can save some memory and manage large transfers better. The custom transfer lets user choose among Wi-Fi configuration data, audio files, photography files, and, of course, games (a.k.a. DSiWare). Non-transferrable games are easily identified by red-circled icons with a slash through them.

All the warnings ensure well-informed decisions, so do not be nervous. The transfer overwrites photos and sound on the target system…no problem, did not have many anyway. The first transfer try was a simple game called Arcade Bowling, which worked great. The next transfer, Photo Dojo, added more risk because personal content perforated this game, but nothing was lost. Remember games saved to SD cards can be transferred, but you must transfer them to the system memory, then complete the transfer process. Players who want two copies on each system will have to manage multiple NDSi/3DS systems they own or buy the game again for their DSi in the Nintendo DSiWare Shop.

The following list includes games that will not transfer from the Nintendo DSi to the Nintendo 3DS due to different rights:

The 3DS flash cards can hold up to 2GB of information, so look for more profiles, features, Mii incorporation, and online play elements in future games. 3D definitely enhances the gaming experience, but hopefully developers and producers can find effective advantages, revealing asides, and special bonuses in 3D games.

Where to Buy: Amazon

OneAdaptr OneWorld 65 Review: With 6 Different Ports, This Could Be the Only Travel Adapter You Need to Bring

WalkingPad A1 Pro Foldable Under Desk Treadmill Review: Walk While You Work and Enjoy a Healthier Day!

The TCL Tab 10 5G Will Keep You Connected, Productive, and Entertained on the Go

MediaTek Connects and Entertains You with New 5G and Smart TV Chips!