Have you been hungry for Halo news like I have been? Well, 343 Industries has tried to satisfy that rumbling in your gut with an “announcement of an announcement” of sorts. Today, on Xbox.com, 343i announced that the next installment of the game will be called Halo 5: Guardians and will be released on Xbox One in the Fall of 2015. 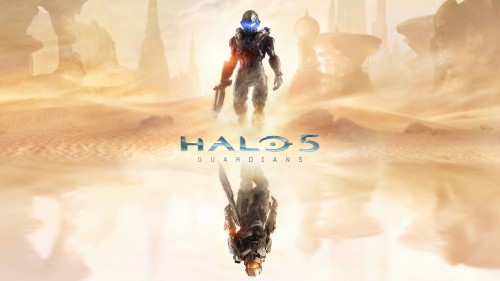 343i confirmed that Halo 5: Guardians will run on a brand new game engine, play at 60 frames per second, and will employ dedicated servers. Guardians will also launch alongside the long-rumored, Steven Spielberg-produced Halo television series.

At the end of the article, 343i teases their upcoming June 9th Xbox media briefing at E3, saying that they will give us more information about their plans for this year at that time. What could that mean? Well, I’m hoping it means that there will be a Halo 5 tie-in with the rumored Halo 2 Anniversary edition, which may or may not be announced at that June 9th Xbox media briefing. I’m hoping there will be a remastered version of Halo 2 for the Xbox One, including the Halo 2 matchmaking experience.

What are your thoughts about the upcoming announcement?

Are you ready to buy-in on the Halo 5 hype train? I know it will be an insta-buy for me, as I’ve been a life-long fan of the Halo franchise, ever since Halo: Combat Evolved in High School.

Also, let’s not let this slip past us: Guardians?  Really?  Aren’t original Halo creators, Bungie, releasing Destiny this Fall, who’s characters are called Guardians?  Seems a little strange to me.