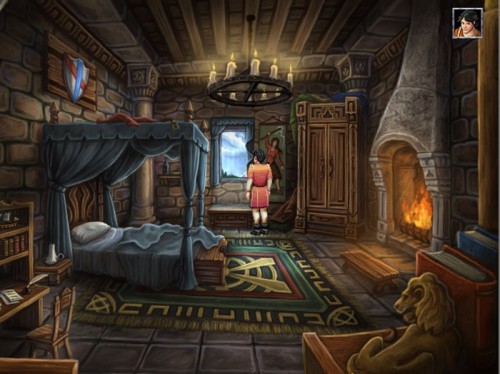 There are various reasons to back a Kickstarter project: you might directly want to experience the product, or perhaps like the idea and want it to happen, or maybe the project is in an area you feel is underserved, or maybe the project is funded and you see benefits to the ‘stretch goals’. Whatever the reason, it is important to keep up with new projects as they come along … because there is some great stuff happening and you don’t want something to go unfunded because you forgot to check in for a month! I had heard about this when it launched but forgot to back it, but have finally gotten on-board as Mage’s Initiation brings a classic Sierra-style adventure game to Kickstarter! Better still … you can play a demo!

URL of the Project: http://www.kickstarter.com/projects/2112639455/mages-initiation-a-classic-sierra-style-adventure/posts/428693

From the developer: We’re all very big fans of the adventure genre here at Himalaya Studios, and we feel that Sierra’s games really hit their peak in the early 90s. We’re working hard to provide a nostalgic experience, reminiscent of that golden era of 2D Sierra adventures circa 1993-1994.

Himalaya Studios was responsible for the excellent AGD Interactive remakes of the King’s Quest and Quest for Glory classic adventures. They are proven both as developers in general and as caretakers of the classic adventure game genre. The video trailer below got me totally psyched for the game, and the demo shows incredible promise of what we will see in 2014!

In the quiet, provincial realm of Iginor, evil is stirring. Dangers abound on all sides: the forest, wastelands, and even the once-protective mountains look to the tiny town with glaring eyes. Into this, a young, would-be Mage sets forth to prove himself worthy of joining the ranks of his brethren. This is his journey. A Mage’s Initiation.

You assume the role of D’arc, a sixteen-year-old Initiate who must complete a trio of tasks set by his Mage Masters. Journey through the medieval-styled realm of Iginor. Brave a goblin-infested forest. Navigate a vast lake to encounter an evil so pure, not even beauty can disguise it. Ascend to the peaks of Flyteria, a valley of winged warriors once dedicated to protection of the human town.

Mage’s Initiation is a Role-Playing / Adventure Game hybrid, very similar in style and execution to Sierra On-Line’s classic Point-&-Click Quest for Glory and King’s Quest series. It maintains all the charm of classic and timeless adventure games of yesteryear while adding 21st century innovation to the mix – like multiple game interfaces, and a free-range magical combat system!

Here is the link to the demo for the game!

Here is an updated look at the game: