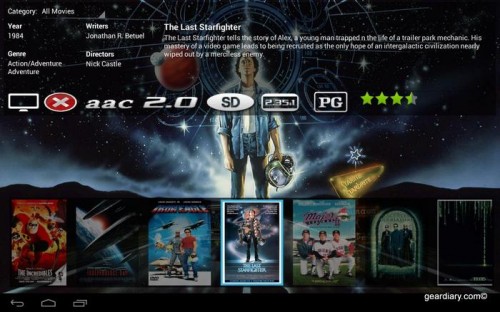 Since getting the Roku box, one thing I have loved about it was that I could use the Plex Media Server to stream my personal content at home to my TV.  Plex Media Server is a media streaming server available for Linux, Windows, and Mac; it is also supported on select Network Attached Storage(NAS) boxes like those available from Qnap, Synology, ReadyNAS, ASUSTOR and unRAID.

Plex is an awesome piece of software that works wonderfully in conjunction with the Roku, however I am not always in front of my TV.  While Plex does have a web server built in that you can use to stream your media to your browser, it is not always the most convenient.  That’s where Serenity comes in. 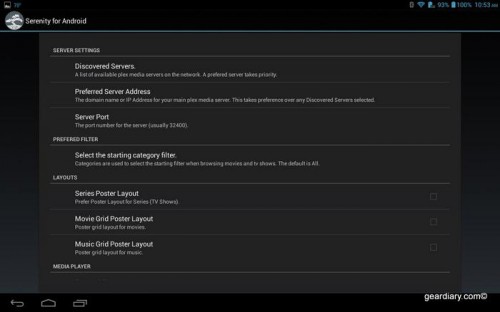 Serenity is a client that interfaces with Plex, giving you an interface that works on both Android tablets and Google TV.  The web interface to Plex just does not work in Chrome or the stock Android browser on Android tablets, so you need an app to use Plex on Android.  There are other Plex applications for Android, but of the ones I tried, Serenity was one of the easiest ones to set up. It is also one of the cheapest on the Play Store. 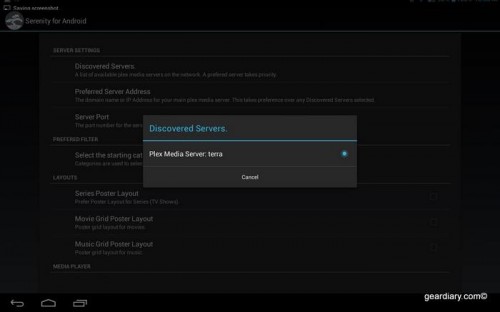 Getting Serenity Set Up

To use Serenity, on first launch, it brings you to the settings menu option.  Tap on that, and it’s okay to just use the “Discovered Servers” menu option to select a server. This works very well if you have stuck to the default settings in Plex.  If you have made changes to your setup outside of the standard Plex settings, then you may also enter them on the settings screen. 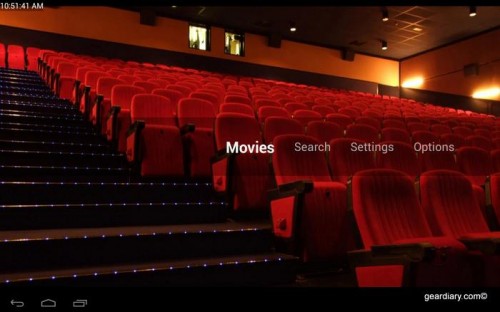 Once your client is set up for your server, the client will drop you into the Movies menu option.  Tap on Movies, and then you can browse the movies you have stored on your Plex server.  To watch a movie, you’ll tap the one you want to see, and it will launch in an external player by default.  I recommend MX Player, as it seems to have the best performance for me.  If your device is fast enough, then you can also use the internal player be de-selecting the external player menu option.

I tested the internal, while using MX Player for my external player on my EeePad Transformer.  The video worked well with no dropouts or stuttering.  I also tested this on my Galaxy Nexus by side-loading the app, since it currently does not allow you to install it on the Nexus directly from the Play store(this should work in the next release according to the developer).  The Galaxy Nexus worked as well using both internal and external players. The developer has tested this with as many devices as he could, and so far most of them have worked just fine.

For now, it supports only Movies, but eventually the developer will be adding some other new features to it as time permits. Features he’s going to be working on soon are the Plex Pass Features as well as Podcasts.

Although Serenity is open source, there are costs involved in its development.  So the developer charges $1.99 on Google Play for the app.  For the money, you’re supporting the project and the developer gives a portion of the proceeds to the CHA Animal Shelter in Columbus, Ohio — which happens to be the developers (and my) hometown.

One important note is that Serenity is supported on Google TV as well.  Unfortunately, I do not have a Google TV device to test with, but the user interface on Google TV is exactly the same as the Android one; judging by the look of the client, it should work well on the big screen.

For a project that is barely six months old, Serenity is a great app.  I watched a movie or two on my home network with my EeePad and my Galaxy Nexus, and it just worked.  If you already had Plex Media server setup at home, it will detect it and run.  If you don’t have Plex, you can easily install this on your laptop or desktop, and then you’ll be able to watch your content on the Android device or Google TV of your choice.

Update: Since my developer is a friend, he gave me a couple updates.  First, the app supports TV shows as well.  I just didn’t see that because I don’t have any TV shows on my Plex Server.

What I Like: Sets up in less than a minute if you already have a Plex server on your network

What Needs Improvement: Not a negative, but I would like to see some more of the Plex features supported.  They will be, with time.  In the next release, it will support Plex Music Libraries.  Finally, it has a tutorial available on the Options menu that will walk you through all the features of Serenity. 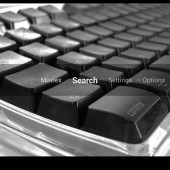 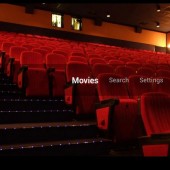 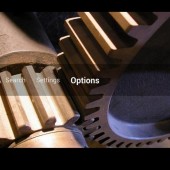 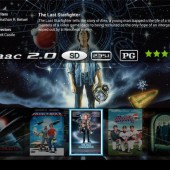 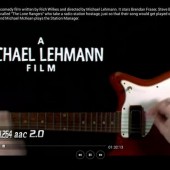 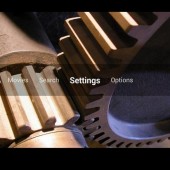 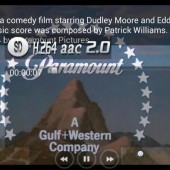 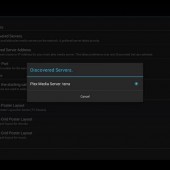 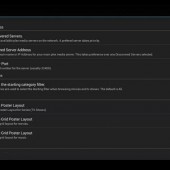