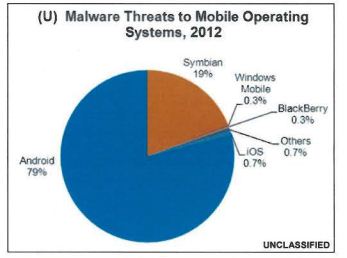 An interesting report from the U.S. Homeland Security Department looks at the threat of mobile malware and other malicious threats, and breaks it down by operating system. Not surprisingly Android (especially 2.x and earlier versions) was most vulnerable, but the bigger concern was the slow adoption of more secure newer OS versions left many consumers at risk.

Here are more findings about the major malware which has been identified by the bulletin:

Here is the OS distribution breakdown for Android: 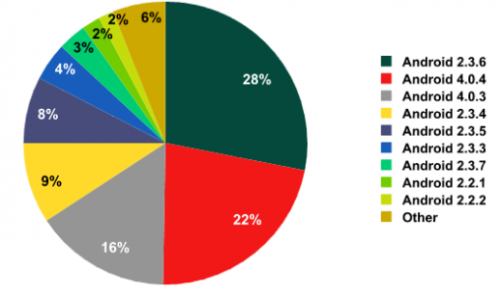 The problem? The newest 4.2.x versions of Android ‘Jelly Bean’ are getting more and more secure – but they account for less than half of the devices out there in the hands of consumers. The majority of Android devices are still running 2.3.x ‘Gingerbread’ … which is rife with security issues. It is also an issue that Google (and the carriers) is more focused on advancing the technology than going back and patching old versions – so consumers are left vulnerable.

Have you been impacted by a mobile malware attack?