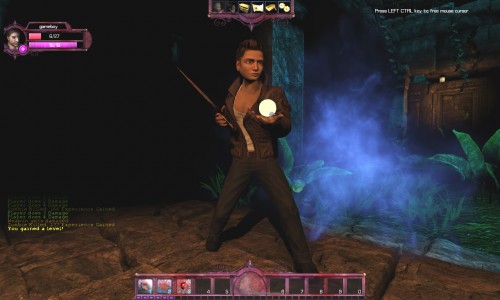 Action-RPG games are fairly rare, and ones about vampires are rarer still. Aside from Vampire the Masquerade: Redemption from 2000 and Vampire the Masquerade: Bloodlines from 2004, there is … not much. Enter Bloodlust: Shadowhunter, which has a new twist as you play a resurrected vampire hunter now a vampire – and must decide to embrace or destroy your destiny!

The game hasn’t been released, but there is a playable demo with a tutorial and loads of resources to help you get through alive (or is it undead?). Check out the gameplay trailers below (more on their channel) and then head to the official site and grab the demo!