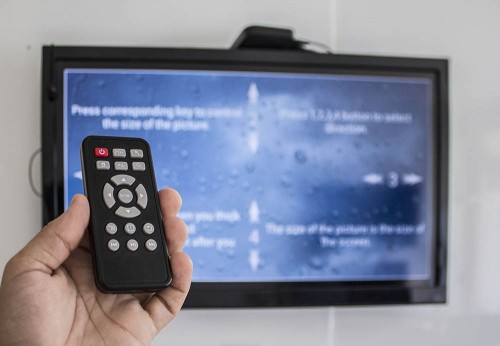 Valve’s announcement of SteamOS it reminded me of another hidden Linux system. It is the GPL software license that has allowed many devices to adopt Linux.  Android and kiosks are just two of them. This also can include devices you wouldn’t think would need an operating system like your TV. Your TV probably runs Linux.

The GPL or GNU Public License is the license that the Linux kernel and the surrounding pieces of code that make a Linux system use.  It is this reason that many hardware developers started looking to Linux to run the core of their devices. This also includes home audio video devices like your TV.  The reason is that the code is zero cost to the hardware vendor. Hardware companies are allowed to do this so long as they can provide the source code to you. The next time you unbox a TV, Bluray Player or Other device, take a look in the manual or side of the box and you might see a copy of the GPL or the Linux mascot Tux on the side of the box.

Examples of TV’s with Linux on them are some of TCL’s TV’s and Samsung SmartTV’s.

There is one minor unpleasant side affect to this. Since these TV’s are essentially Linux systems, they too can have vulnerabilities just like if you based your TV on Windows. Linux systems are generally easier to keep secure than a Windows system, but they too also have things that need to be patched and updated. An example of this is some Samsung SmartTV’s were shown at the latest Black Hat conference to have some security vulnerabilities that needed patched.

So if your internet connected TV shows that it needs a firmware update, it might be a pretty good idea to apply it so that these vulnerabilities are patched. If your TV doesn’t connect to the internet, you are likely safer, but you might want to see if there’s an alternate way to patch your TV to fix bugs in the firmware it may have.  Some TV’s let you update them by downloading a file to your computer, then copying it to a USB thumb drive, plugging it into your TV and turning it on. This could correct video playback issues and even add features to your TV.

In the future, your TV will get even more features than they do now thanks to Linux.  SteamOS is just one of many Linux based projects that are targeting your home TV.  Ubuntu TV is still trying to find manufacturers to add it’s Linux based OS to your home TV.

The only problem I can see is that how often do you replace your TV? Not nearly as often as you replace the peripheral devices around it.  Just last year I stopped using my standard definition TV (which still works) but long before I retired it I had retired a VCR, DVD player and the previous Standard Definition cable box. The only reason I replaced the TV was to watch sporting events and other high def content I have been missing out on. I may replace it with a bigger TV next, followed by a 4K TV once the content is there, but that can probably take about 10 or more years.

So my next TV purchase will likely NOT have Steam OS or Ubuntu TV on it unless they find a way to replace the hardware that runs the OS and I don’t see that happening.  However, it may have Linux on it anyway since there still will be a need to run any smart tv system or to play content via the USB port that’s likely going to be on it. So Linux has a very bright future on these hardware devices so if you don’t have one that uses Linux now, you probably will eventually own a TV that runs Linux.