The other day we took a look at a soft, inexpensive neoprene case for the Sony QX10 lens camera. It does the job but is more “functional” than anything else. The Sony Soft Case for the Sony QX10 LensCamera serves the same purpose but does so with far more class. Best of all, it won’t break the bank.

The case looks and feels like leather but is actually made from a synthetic material. That’s not a bad thing since it not only helps keep the price down but it also means the case is water-repellent. I picked one up a t a nice discount and while I already had the simple neoprene case I prefer using this one since it looks and feels far classier. 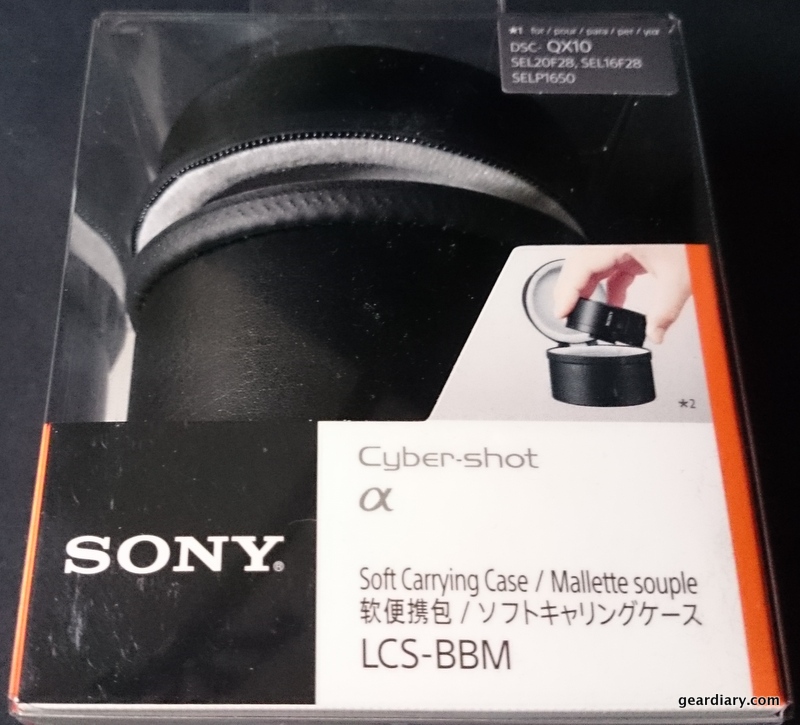 The case is a cylinder and has the Sony name embossed on the top. The upper quarter of the case flips open and is secured in place by a zipper with two pulls. It can be a bit on the tight side initially but, over time, it loosens up. The interior of the case is a soft material that cradles the lens and keels it safe.

Protect your DSC-QX10 lens-style camera from potential mishaps with the LCS-BBM/B soft carrying case. It’s sturdy yet pliable, and the water-repellent outer skin keeps its contents safe from a minor splash. Just pop open the easy-access lid, attach your lens, and take pictures and video with the confidence of knowing your lens safe. This case is also compatible with other small lenses. 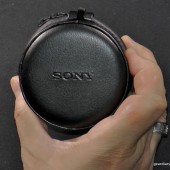 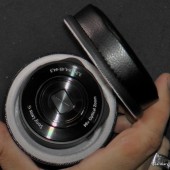 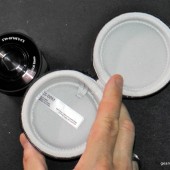 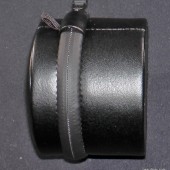 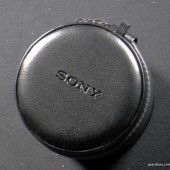 There’s a lot to like about this case. It has a classy look and feel but is inexpensive. It is lined with a material that won’t scratch the QX10 and has a tight enough fit that the lens doesn’t move around inside. In all this is a great case at a great price. The only criticism I have of it is that, while it has a small loop between the zippers to which you can attach a carabiner it doesn’t come with any sort of a strap. If that is a major issue for you you can let the camera strap pass between the zipper pulls and let it serve the same purpose. Other than that minor criticism this case is a winner and is the case I’ll be using to protect my Sony QX10.

Source: Personal purchase of the Sony Soft Case for the Sony QX10 LensCamera

What I Like: Looks and feels like leather but is inexpensive due to it being made from a synthetic material; Interior is lined with a soft material that won’t scratch your camera; Two zipper pulls

What Needs Improvement: No hand strap is included