Watching my son deal with audio recording issues as he completed his portfolio film project for film school applications (in at NYU, yay!), I got a new appreciation of the value of a quality microphone for even the most seemingly simple applications. The iPhone is great for capturing video, but the addition of the iRig Mic Field makes it better! 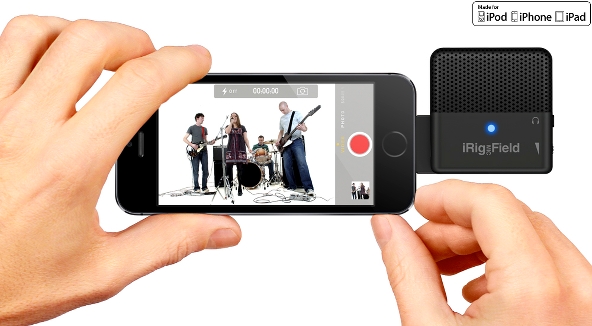 Here are some of the iRig Mic Field Features:

iRig Mic Field is now available from music and electronics retailers such as Amazon.com and Sweetwater Sound, and from the IK online store, for $99.99.

Head to the iRig Mic Field site for more information!

Here is the intro video: