While I seldom think about Spotify on the desktop anymore, it remains one of the most important platforms for the company. And today it has gotten a major update. The update shows the rapid progression in the service, and also the ongoing shift in focus from being an app platform to providing a more tailored experience. 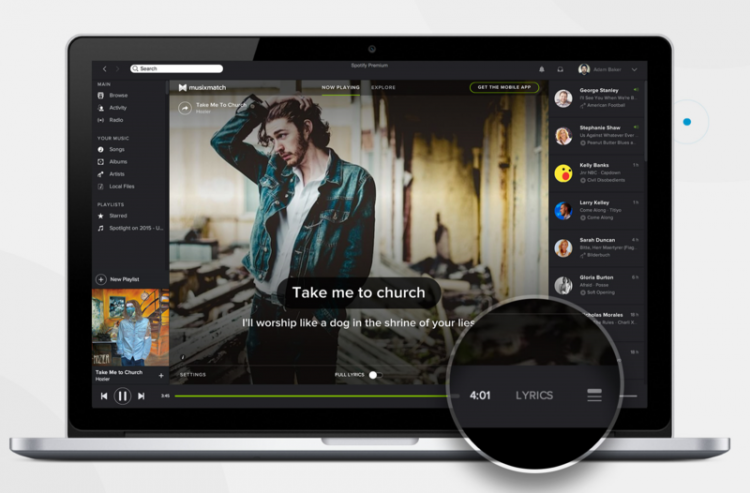 Today’s major update of the Spotify desktop platform brings lyrics provided by Musixmatch to the forefront. Accessible via a new Lyrics button located next to the play bar, lyrics stream karaoke style across the desktop. (Check out the preview video below.) Users can also search and browse popular lyrics from Spotify’s top songs using the Explore feature.

•Improved Friend Feed – Its now easier discover what friends and those you are following are listening to. Scroll down the sidebar to see what playlists, songs and artists your friends are enjoying.

•Daily Viral Charts – New charts feature the most shared tracks, as well as regional tracks based play counts. Additionally, all charts now feature indicators to highlight new music and how tracks are performing day by day.

The End Of App Finder

With today’s upgrade, Spotify is now phasing out the App Finder and third-party applications from the desktop client. It’s a move that Spotify signaled months ago and does not mean that its no longer connecting with outside services. Here’s how Spotify describes the shift:

“The integration of Musixmatch brings one of the most popular apps into the main Spotify desktop experience, joining partners like Songkick and Topspin. Additionally, we’ve worked with BBC Playlister, Swarm, Digster, Filtr and others to create richer experiences that complement Spotify and help form new music experiences alongside our own platforms.”

Do you still use Spotify on the desktop? What has your experience been like?

Check out the video preview: