If you’re looking forward to getting that new MacBook Apple announced earlier this month, I highly suggest you look into the new InfiniteUSB Kickstarter that will solve one of the laptop’s most disheartening problems. 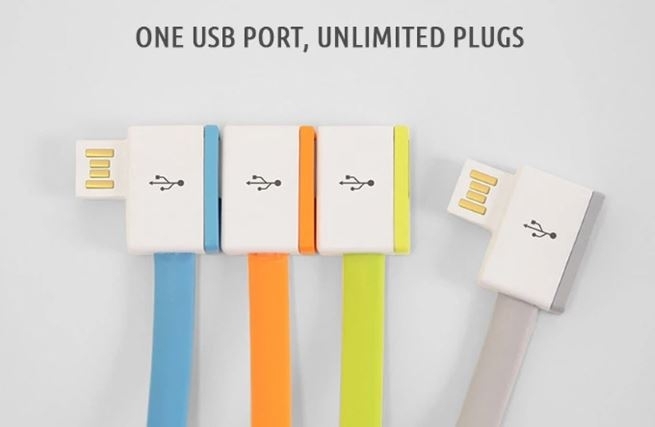 Have you ever had the problem where you had to pick between charging your smartphone or your tablet because you only had one USB wall charger and only one  USB port on your MacBook? I know I have the MacBook Air and it’s a problem that I deal with quite often. There’s a new product in the startup phase called the infiniteUSB that will but your device cycling woes to an end. The InfiniteUSB is a USB charging cable that has stackable ends that allow you to stack as many USB plugs as you needs to charge into a single USB port on a computer, or at an outlet. 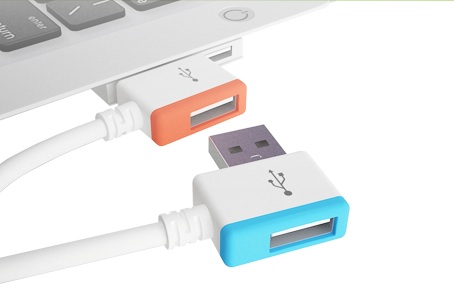 Developed by Gonglue Jiang in 2009, the concept went viral after he won an iF product design award, and now he’s attempting to make the prototype available for purchase. Now partnered with USB cable maker VojoTech, they have a Kickstarter to create enough funds to put the InfiniteUSB into development. 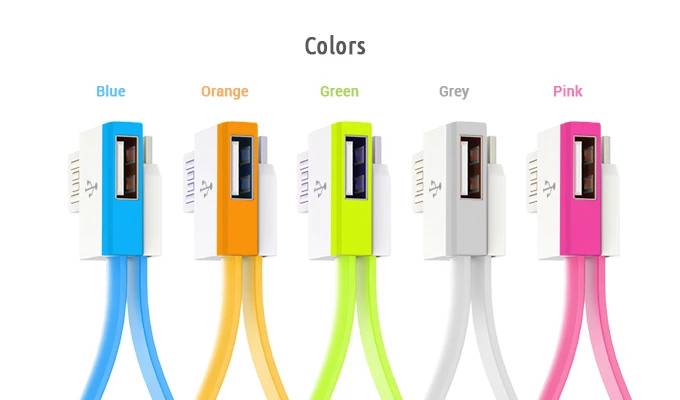 If you pledge $12 on Kickstarter, you get your pick of an InfiniteUSB and its color. There are options such as: USB-to-microUSB, USB-to-Lightning, or a male USB-to-Female USB Connector. If you donate $50, you receive all five colors. 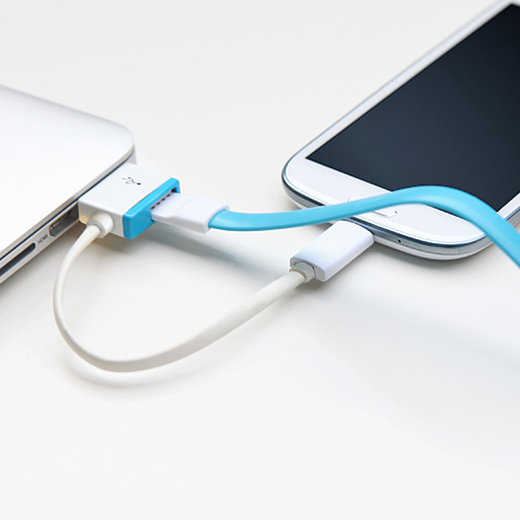 This is a must have for you guys who may have been considering the new 2015 MacBook but are bothered by the fact that it only has one port. You can also check out the details if at Vojotech’s site if you’re interested.