Ironically there’s nothing in my area but bats, a couple of pigeons, and a rat, right? So imagine my surprise when I’m walking in said area, and a real life rat darts out in front of me, shows its teeth, and scurries underneath of a car. I’ve never been more terrified in my life! I almost uninstalled the app right then and there. And since then, I don’t know WHAT it is: living in DC which has rats the size of footballs; or just the developers of Pokémon Go decided that the only Pokémon you can get without making an in-app purchase, or standing around aimlessly for an hour are Weedles, Rattatas, and Caterpies. I’ve seen Rattata at the White House, at the Mediterranean market, Whole Foods, the bus stop… I think I’m sick of all things in the rodent category. That includes Mickey Mouse, Chuck E. Cheese, and the little purple rat with the red eyes. 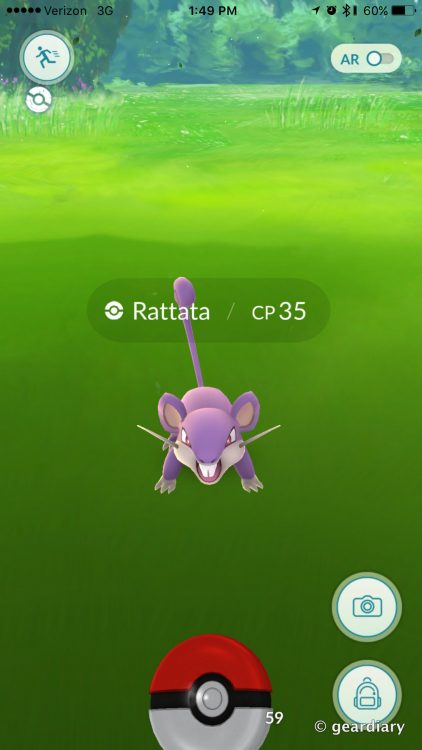 To be fair though, I’m not the only one. This new gaming craze has had me running into some people in public doing the same thing: looking down at their phones, pacing slowly in circles, flicking the upper right hand of their smartphones attempting to adjust their GPS. It’s only a matter of time before there are people meeting at a Starbucks and falling in love; “We met because of Pidgey”.

All jokes aside, Pokémon Go is one hilarious, yet fun game to play, albeit with a few issues that need to be worked out (GPS Not found issues, Augmented Reality issues on iOS 10 betas, crashing/freezing when getting rare Pokémon). There’s a $30 Pokémon Go Plus wearable that I’m certainly not going to purchase but there are quite a few tricks I have learned. Using public transportation (buses trains), and even being a passenger (NOT a driver) in a vehicle make Pokémon that much more fun. I’ve personally caught more Pokémon in the back of Ubers over the weekend than I did my first three days using the app while walking. There’s even a nifty hack to the game where you can pick Pikachu as your first Pokémon over Charmander, Squirtle or Bulbasaur. (If you walk away from the three of them at the beginning of the game, you will end up with Pikachu.) 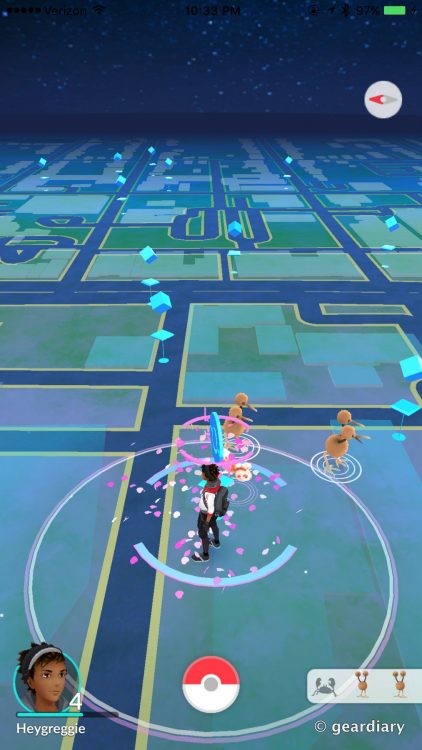 For the next few days, I’m just continuing to have fun collecting all of the Pokémon and searching for good ones (I’m coming for you Abra!!). I haven’t ventured into a battle Gym yet, and I’m almost afraid to begin to understand the eggs & incubators thing, but I look forward to evolving my Pokémon and eventually taking over all of my local gyms like I do my favorite coffee shops on Foursquare.

You can also download the app in the Google Play or App Store today for free.