One of the best and most successful movies of the last year was The LEGO Movie. The quality and broad appeal surprised many viewers, and the video games were also quite enjoyable and high quality and popular with gamers of all ages. Now The LEGO Movie Video game has launched for iOS devices for just $4.99 – check it out! 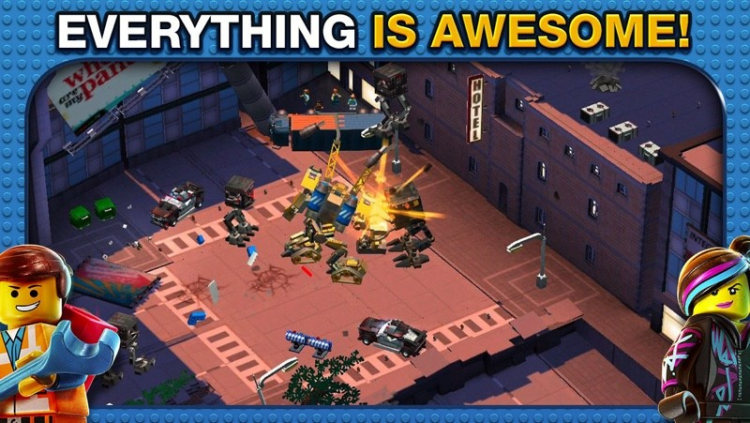 As I noted above the video games on various platforms were excellent, as Mike Siebenaler noted in his review, saying:

The LEGO Movie Videogame is a fun, action-filled platformer where everything is mostly awesome. This game has a high replay level and constant action plus great teamwork and friendship themes.

Transform the ordinary into the extraordinary and experience the ultimate LEGO building adventure as the The LEGO® Movie Video Game comes to mobile!

Step into the world of Emmet, an ordinary, rules-following, perfectly average citizen who is mistakenly identified as the most extraordinary person and the key to saving the world. Players guide him as he is drafted into a fellowship of strangers on an epic quest to stop an evil tyrant, a journey for which Emmet is hopelessly and hilariously underprepared.

It is worth noting that this is a huge game at over 1GB. From the description: “this game is filled with many hours of content and cinematics that take up a lot of space! You’ll need 2.2GB of available space on your device if you install over WiFi, but only 1.1GB of space if you download on your computer and then sync.”

Also, you can expect in-app purchases, but to celebrate the launch the “Confetti” and “Bubble” Red Brick abilities are free to purchase for a limited time.

The LEGO Movie Video Game can be downloaded from the App Store for $4.99.