For a few months, I would purposely wear the Plattan ADV Wireless headphones from UrbanEars in the gym, but I longed for a true pair of workout-friendly pair of cans from the company, so when the company sent over their UrbanEar Hellas, I didn’t even have to open up the packaging before knowing I found my new workout headphones! 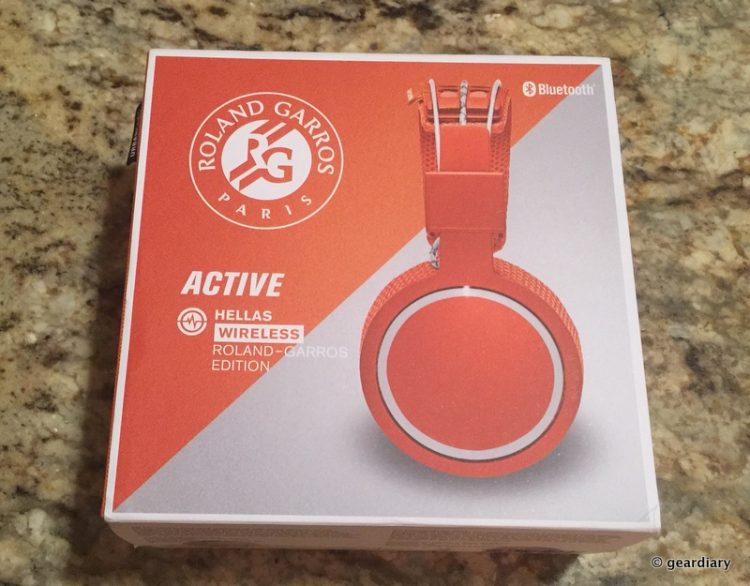 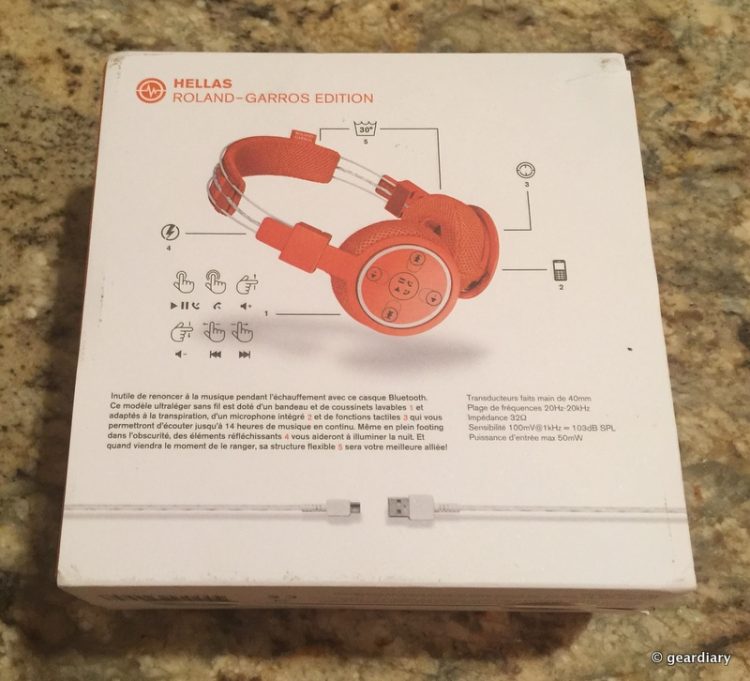 In the gym, I am personally a fan of wireless headphones, even more than wireless in-ears like the Jaybirds or Beats. The reason is simple functionality. I lift weights, hit the treadmill, and more importantly do a lot of movements at the gym that while sweating deem in-ear headphones worthless. When frequently adjusting the buds in my ears, I just prefer the overall usage of having the headphones securely fastened on my head for workouts such as squats, dips, and planks. So when I started to workout with the UrbanEars Hellas, which retail for $119, the first thing I noticed was how comfortable they were on my head compared to the Plattan ADV’s. Designed with mobility being the focus, the Hellas are made for the active person who intends to sweat a lot.

When frequently adjusting the buds in my ears, I just prefer the overall usage of having the headphones securely fastened on my head for workouts such as squats, dips, and planks. So when I started to workout with the UrbanEars Hellas, which retail for $119, the first thing I noticed was how comfortable they were on my head compared to the Plattan ADV’s. Designed with mobility being the focus, the Hellas are made for the active person who intends to sweat a lot. 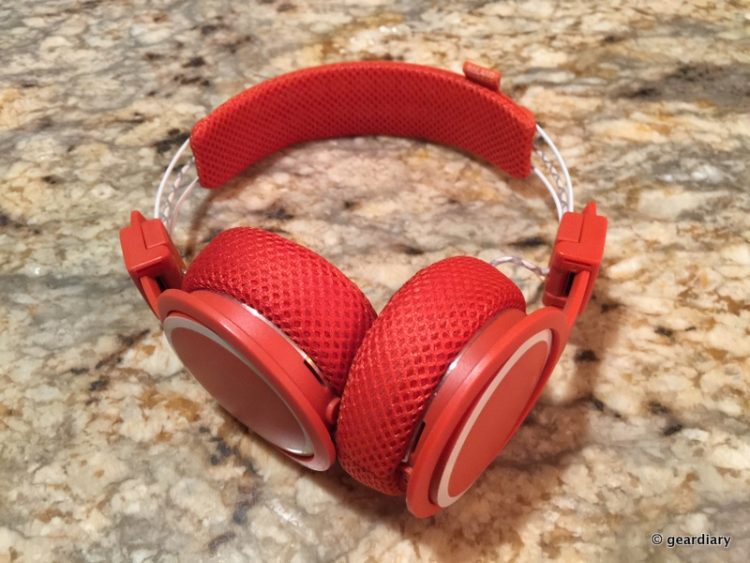 The ear cups are actually machine washable which is a big feature I requested from the Plattan ADV wireless I had been using, as the cups on those were so worn from sweat after the first five uses, I couldn’t comfortably wear them out casually. 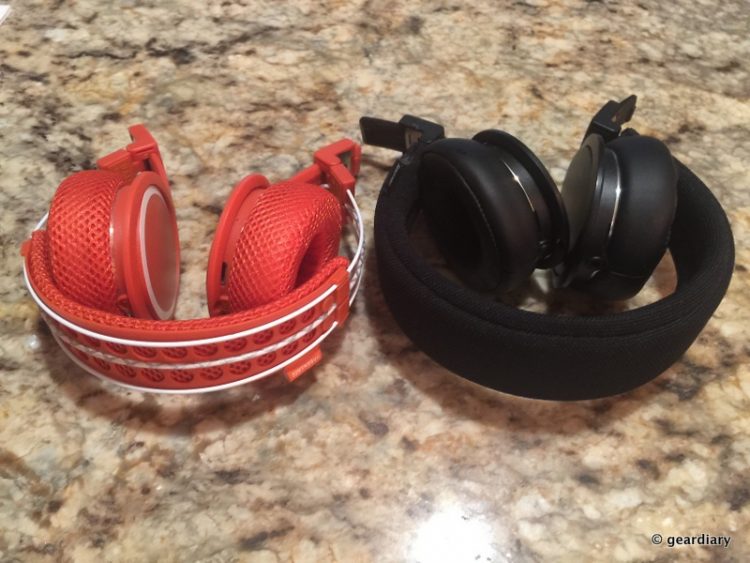 Available in various colors, I received the Limited Edition Roland Garro’s Orange Hellas, which go pretty well with my blue and orange Nikes. Admittedly so, the Hellas have a remarkably small footprint in term of weight. Weighing about four ounces, you can barely feel them while wearing. This is mainly due to the construction of the headphones themselves being made of plastic, with the only metal being the two wires that connect the two ear cups together. Other than that, you get yourself a mesh band that will cover the top of your head that can also be washed if need be. 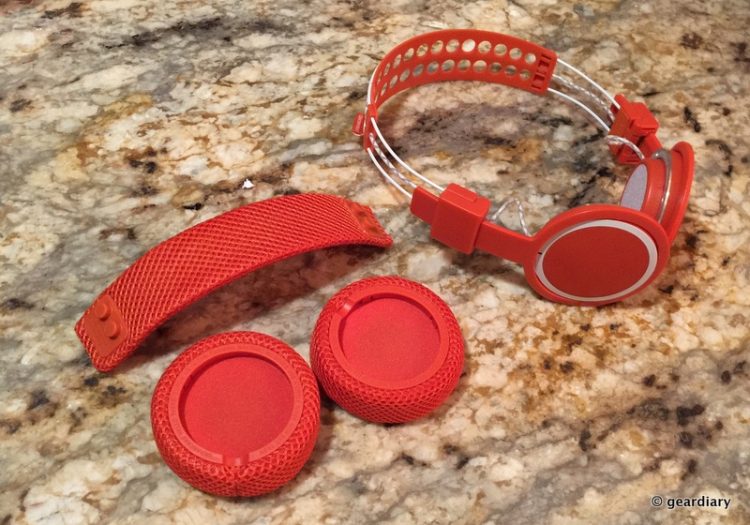 Being able to wash them after working out is great since all you have to do is take the headband and the ear cups off with a twist, put them in a pillowcase and put them in the wash. I reached out to UrbanEars and was told to let them air dry, but that obviously goes without saying. The trick comes in actually reattaching the ear cups after a wash, so make sure that the headphones are completely dry, or else they will feel a bit loose on your ears the next time you go to put them on. 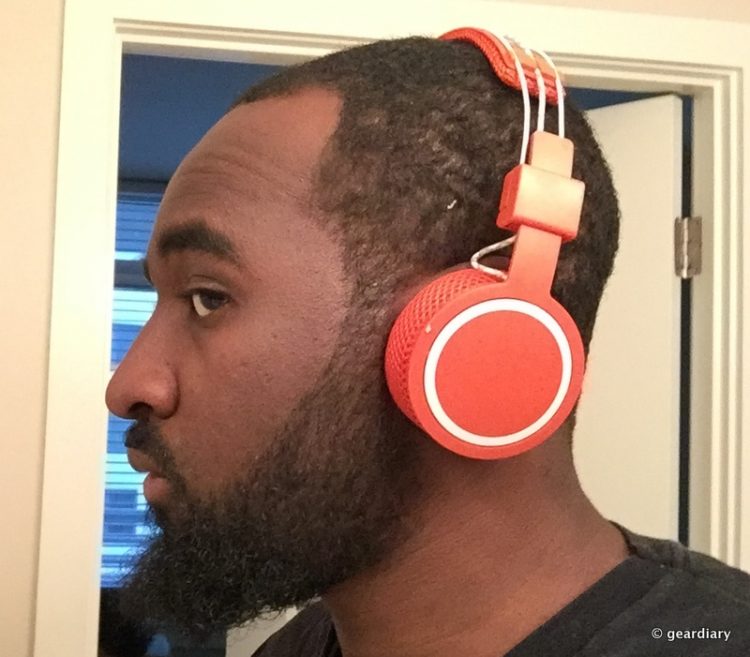 Another upside to the UrbanEars Hellas being truly wireless is that the controls are all built-in. In the effort of making the Hellas look sleeker, they totally avoided buttons or instructions on-device of how to get them to function. This makes trying to find the controls a pain if you do not read the instructions. There’s an included guide and how-to, but for the first week, I had to actually Google it to remember how to turn the headphones on. All of the controls are in the right ear cups, from volume control to powering the Hellas on. You will have to hold your finger on the touch sensitive ear cup for a few seconds to get them to power on and off, which took a few moments to actually register. A swipe left and right for track selection and a swipe up or down for volume selection are the gestures that you will need to remember. This is great in terms of being functional prior to working out, but sensitivity is a big thing here.

Since the headphones use touch sensitivity, I actually found myself accidentally touching the right ear cup with a shoulder or arm movement such as jumping jacks, which in turn would pause a track mid workout. I get the idea of it being responsive with quick taps and gestures while on a run, but can actually be a bit of a pain when you unintentionally hit a button. 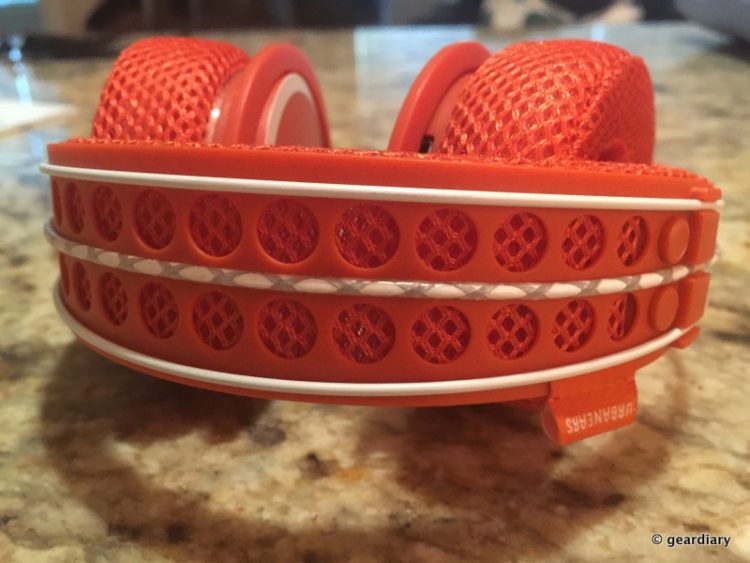 In terms of comfort, I can work out for an hour or two at a time and not have any problems (other than the occasional button press) with the headphones. Unlike headphones that get tight along the headband, the Hellas  are actually comfortable for my head. Since the two metal bands are fairly flexible, you can twist and turn them without effort, and they will not get damaged. The mesh material for the ear cups does take getting used to, especially if you wear an earring, but nothing major.

When it comes to sound, I will say that the UrbanEars Hellas are great to get you through a workout. These certainly aren’t a headphone for an audiophile who will critique the highs and lows of their audio. But if you are that type, I can be the first to tell you that the bass is the main thing here. Since the highs are not that great to begin with, the Hellas overcompensate by being bass-heavy. They get plenty loud because of the drivers (40mm) included, but I still found myself wanting to turn up the music mid-workout, to be welcomed by a “ding” sound notifying me that I’d reached the max volume.  Since these headphones are Bluetooth with a 12 hour estimated battery life, you won’t notice any distortion in your tracks, even at the 11th hour.

Overall, the Hellas by UrbanEars are easily the best exercise companion that you can have if you prefer headphones over in-ears like the Jaybird Freedoms (which in my eyes are the best in-ear on the market). If you go into purchasing the Hellas knowing that these would be exclusively a workout headphone whose main focus is being as sweat proof as they are being durable, you will certainly understand the $120 you are spending will be worth the money. It’s better than the time you’d spend trying to replace those $300 pairs of headphones with leather ear cups, which the guy beside you on the elliptical thinks he’s cool wearing at the gym.

For more information on the UrbanEar Hellas, head over to UrbanEars today!

What I Like: Sweat proof with more than enough battery life to last

What Needs Improvement: Mesh ear cups might not be for everyone