We get a lot of product pitches here, but one caught my eye not for the features, but for the exorbitant price relative to the value. Palo Alto Innovations is clearly quite proud of their Sandman Clock, but at $49.99 it appears to be a ridiculously overpriced alarm clock with a USB hub slapped on the back. 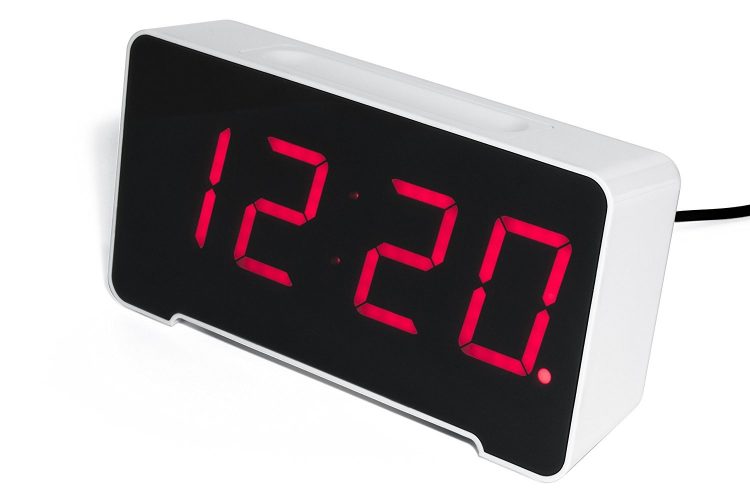 Look, the idea of a USB hub+alarm clock isn’t a bad one, and it’s not that the Sandman Clock doesn’t sound like a decent clock. The Sandman Clock brags that it has “larger than usual” 1.8″ numbers, plus a 4-Port USB hub on the back. It also has a backup battery so you can’t use power outages as an excuse for being late to your court date (and it wasn’t your fault anyway, who really trusts those red light cameras?) However, $50 is pretty steep for a basic alarm clock and a USB hub. You can pick up an RCA alarm clock for $12 that also has a nice bright LED display and a battery backup; throw in one of the many multi port USB plugs available, and you’ve put together the exact same thing as the Sandman Clock, for half the price. 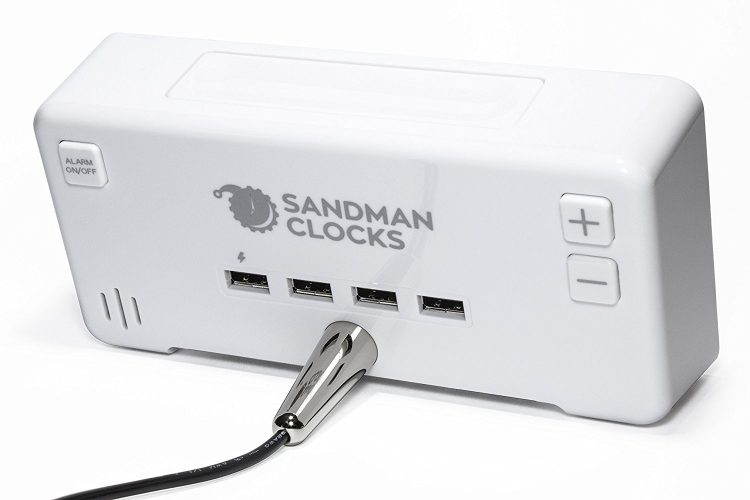 Let’s say you really love the idea of a USB hub bolted right onto your alarm clock-Amazon sells an alarm clock called Homtime that not only charges your devices (and has a backup battery), it also lets you know the temperature in the room. All for only $33! Heck, just having a thermometer is going to be worth $33, because you can finally settle the “it’s freezing in here/no it’s not what’s wrong with you?/what’s wrong with me, what’s wrong with you, how are you not shivering?” argument with your spouse once and for all. Use the $15 you saved and put it towards a sweatshirt for whoever thinks it’s cold. See, we found you an alarm clock AND saved you a bedtime fight.

I admit, I’m being a bit harsh. It’s just an alarm clock, and if you want to drop $50 on it, that’s your call. But, again, it’s just an alarm clock. Not everything is worthy of glowing descriptions. Despite what their Amazon listing says, I highly doubt this little bit of hyperbole: “Just plug in the power cable, set the time and you’re ready to change your life with the Sandman!” Unless it also brews my coffee, dresses my kid, walks my dog, and packs my lunch, it didn’t change my life. For that kind of money, I would expect an AM/FM radio, or an auxiliary plug for music, or SOMETHING more than what the cheap alarm clock I owned 10 years ago already did.

Would you drop $50 on an alarm clock whose big trick was charging devices? Let us know in the comments!