The display itself is an 8-inch touchscreen surrounded by speakers on both of its sides. Of course, it comes with Chromecast and Google Assistant built in, and it brings all of the features you’d expect from a Google Smart Display. We had some brief hands-on time with it and got a demo of it doing things like pulling up Spotify tracks and recipes. You can watch the demo for yourself below.

The LG ThinQ WK9 Google Smart Display will retail for $299. Unfortunately, there’s no word on a release date for it. Keep in mind that back at CES last year, there were several companies showing off prototypes of their own Google Smart Displays, but none of them have arrived on the market yet. However, word on the street is that some Google Smart Displays will start going on sale next month. 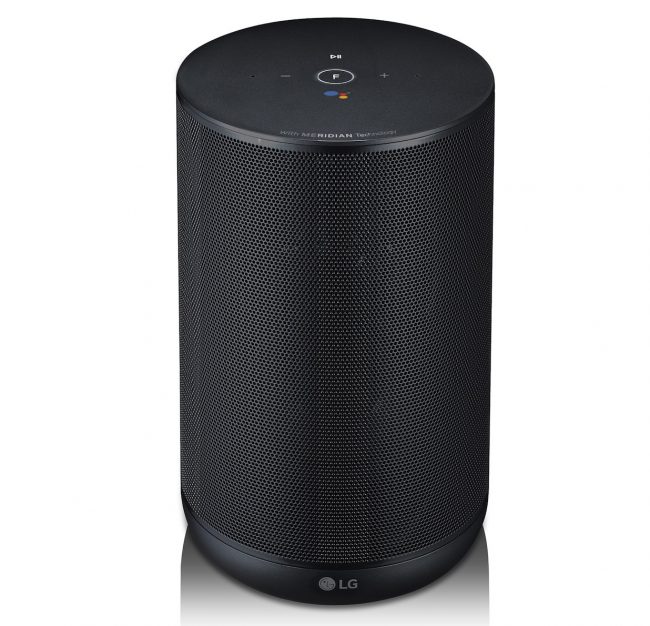 That said, there are several smart speaker products that LG announced back at CES in January that are now available. That includes the LG WK7 (shown above) which retails for $179 – it’s a Sonos One competitor that uses Google Assistant and offers multi-room playback. LG has partnered with Meridian audio for this speaker so we have high hopes for its audio prowess. 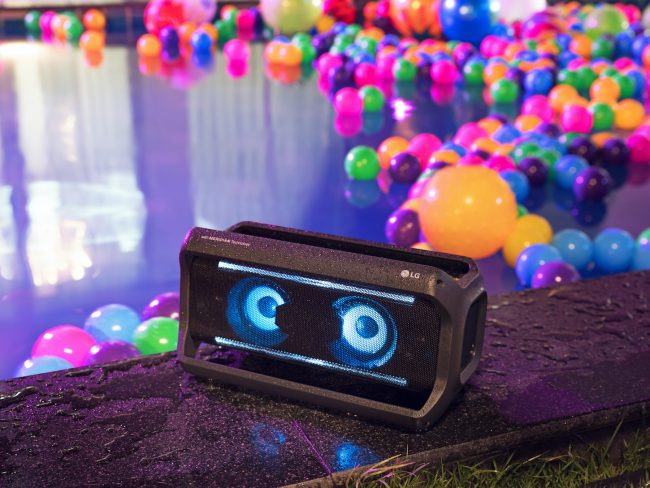 On the portable speaker front, LG has also released the PK7 (shown above), a tough, water-resistant portable speaker that competes with the likes of Sony’s XRS-XB41 by offering a similar multi-color LED light show. The LG PK7 is available now for $219.

LG was showing off the PK7 at the event in a very creative way – they have worked with artist Twin Shadow to create a gigantic helmet filled with LG’s PK7 portable Bluetooth speakers. The company and AFROPUNK have also teamed up for a series of concerts in New York City and Chicago, and the helmet is going on tour too. 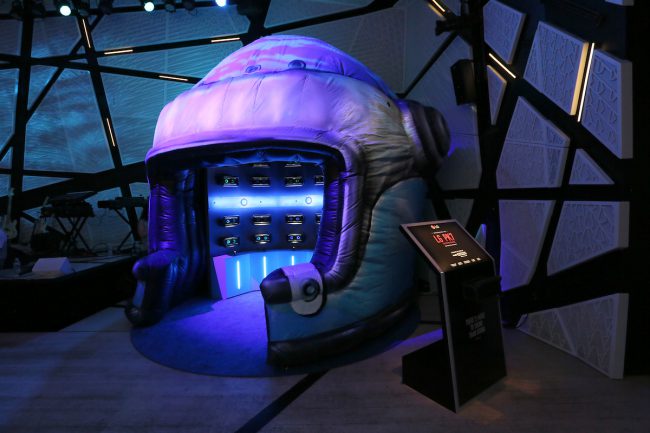