The Novoo AC Power Bank would be a fantastic sidekick for any technology-obsessed traveler who needs juice at all times. With its multiple power output options and huge battery capacity, the Novoo power bank makes it easy to keep all of your devices charged while on the go. 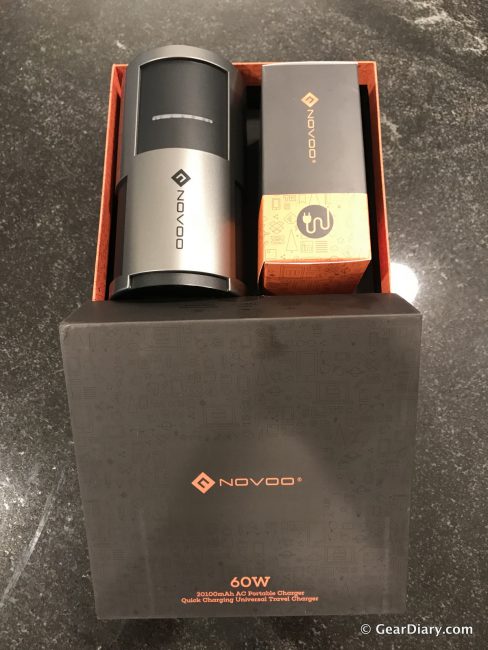 At 20,100mAh, the battery capacity of the Novoo AC Power Bank is staggering. That’s enough juice to charge an iPhone X over SEVEN TIMES. You also have three options for recharging your devices. You can recharge your devices using the standard AC outlet, the USB-A jack, as well as the USB-C jack. 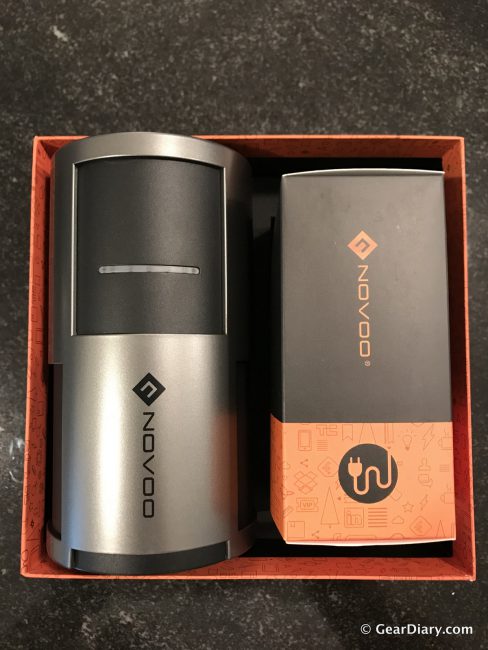 Basically, you can recharge almost any device out there on the market today. You can also charge up to three devices at one time. With an AC output of 70W, Novoo’s AC Power Bank is powerful enough to charge a standard laptop. The USB-A jack is a Quick Charge USB 3.0, which allows for fast charging.

The power bank comes with an AC adapter that allows you to charge the power bank itself via a separate input jack.  It does not come with any USB cables, though unfortunately.  There are LED lights on the side of the power bank that show you how much juice is left in the battery. 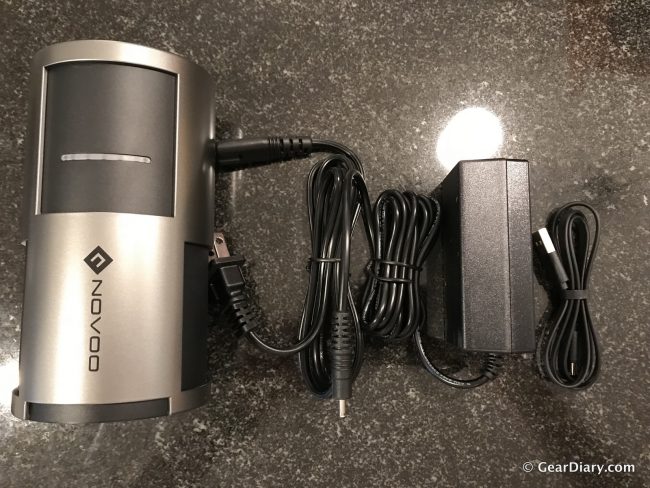 Here are just a few ways you can use the Novoo AC Power Bank: 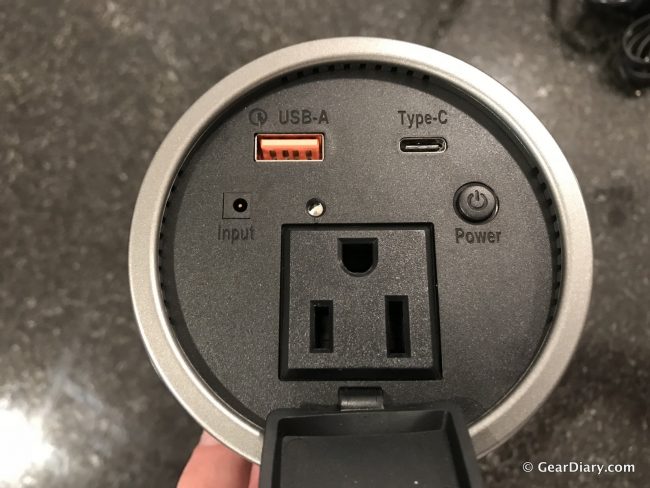 The Power Bank is rated at 72.36Wh, which means that you’ll be allowed to take it on an airplane in the US, according to the TSA. TSA’s limit for lithium-ion batteries is 100Wh. Even if you wanted to take it in your carry-on luggage, the power bank isn’t terribly huge, at 80mm x 80mm x 155mm and weighs about 2.12 pounds. At only slightly larger than a can of soda, Novoo’s AC Power Bank is easily taken with you in the car, train, or airplane. 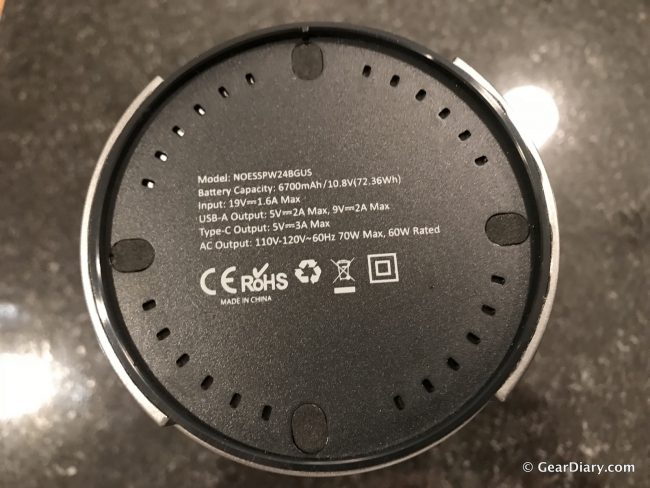 In our testing, I found that the Novoo AC Power Bank charged my devices quickly and reliably, plus it took a long time before I needed to recharge the power bank itself due to the huge capacity. The size of the power bank is convenient, although slightly heavy for daily use. If you’re traveling a long distance and battery power is important, however, Novoo’s AC Power Bank is a great choice. My family took it with us to The Bahamas and it fit perfectly in our carry-on luggage and did not add too much weight to our backs. 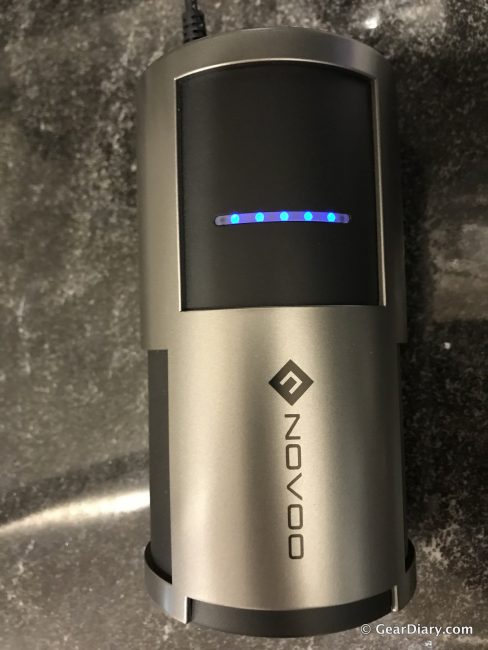 What I Like: Huge capacity; Multiple output options; Small size for the capacity; Nice design

What Needs Improvement: Slight reduction in the size and weight would be an improvement; Doesn’t come with any USB cables