When Apple announced its new iPad Pros and the companion second edition magnetic Apple Pencils, one of the biggest concerns was housing the Pencil when not in use. Luckily with the Symmetry Series 360 case by Otterbox, you’ll never have to worry about protecting your tablet or accommodating your Apple Pencil. 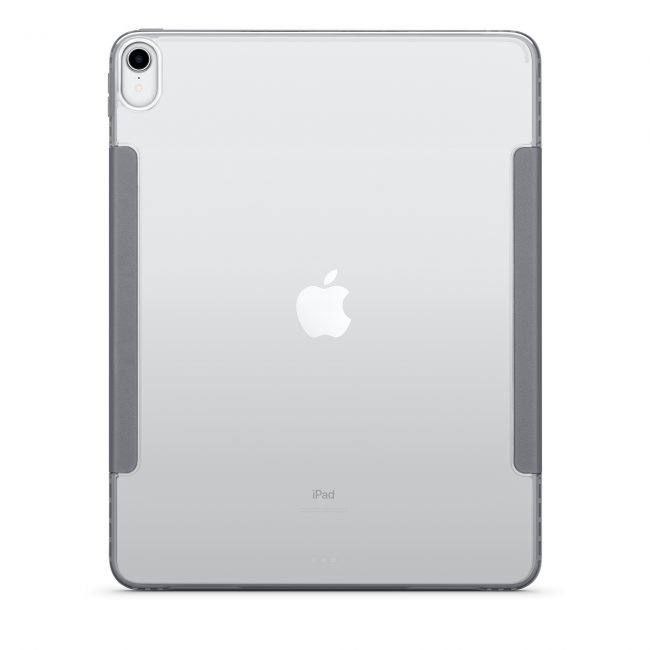 The OtterBox Symmetry Case is available for both the 11-inch or the 12.9-inch iPad Pro series and is available in an ‘After Grey”, and ‘Starry Night’ colorway. The case is actually pretty well-built, as with all of Otterbox’s products, coming complete with a completely clear backing so you can see your iPad Pro in all of its glory. There’s a wide cutout on the back for the camera (if you occasionally take photos with your iPad Pro that is), and little to no company branding which is a nice touch. 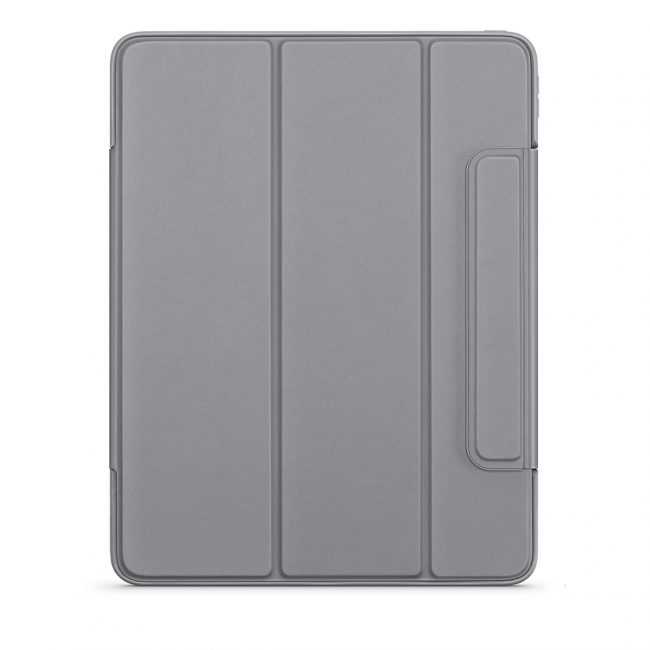 At the front of the Symmetry Series 360 are three panels that allow you to set the case upright for watching movies or using Facetime, or if you turn it in the opposite direction there’s an incline option that allows for desktop typing. In the incline angle, it’s suggested to leave the flap down on the Apple Pencil cover so you won’t cover the bottom of the screen where you would type or swipe up on the dock. At the inside of the Symmetry Series 360, there’s a soft material that will protect your screen when closed. 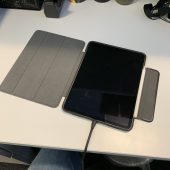 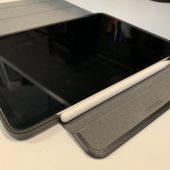 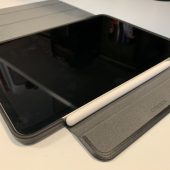 Since the case is made of a durable leather around the entirety of the case, it feels great in hand, and will not move around when placed on a flat surface. I found this to be great when flying as in the pull-down tray on airplanes. 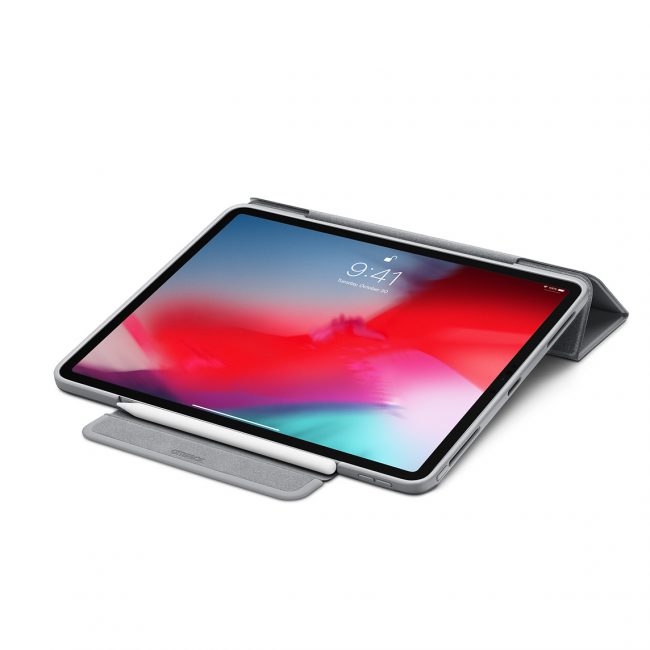 If I had any negative to say about the case itself, would have to be the very flexible rubber along the edge of the case may not hold up over time. I’ve experienced this with OtterBox iPhone cases before where the rubber warps over time and stretches, but I’m hoping this won’t be the case with my iPad Pro case. Since there are so many cutouts for speaker grills, buttons and lightning ports on the Symmetry Case, this could be cause for concern for potential buyers.

Nevertheless the Symmetry Series 360 case starts at $79.95 for the 11-inch model going up to $99.95 for the largest 12.9-inch model. For more information on how to purchase, you can head over to Apple’s Store as it’s currently exclusive to purchase through them.

What I Like: Protective with included Apple Pencil holder

What Needs Improvement: Rubber is a bit stretchy may warp after a lot of use