I used to be a fan of netbooks back when they were a thing. However when you travel for work, you often have downtime and I like to keep work and private life as separate as possible. So I went looking for a small laptop that could also do some video editing, and the Surface Pro 6 fits the bill nicely. 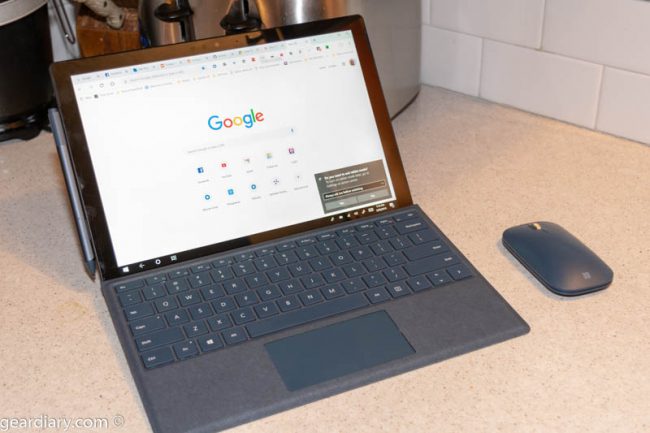 I think Microsoft’s Surface Pro line often gets a pass because of the price. Yes, it’s very expensive but the best thing about the Surface Pro 6 is its portability. It’s roughly the same size as an iPad Pro but where it differs, of course, is that it has a full Windows 10 operating system. That means if you edit pictures and video in Adobe Creative Cloud tools like Photoshop and Premiere Pro, it will run it depending on the configuration. Let’s take a look at the specs of the one I purchased:

The core i7 is a quad-core Kaby Lake Intel processor which really made the difference in choosing this config versus one of the lesser configs, but even the i5 based Surface Pro 6 variants are quad-core with no Core M3 Model this year. So performance is good on the Surface Pro 6, allowing me to even edit green screen video using Adobe After Effects and rendering them faster than my Lenovo Yoga 710 which has a discrete Nvidia graphics card in it. To say I was impressed is an understatement. What I thought would be my portable video editing station will now become my primary editing rig since it does the job with aplomb. That may change, though, when I try to edit some of my 4K drone footage!

The 512 GB storage is much more comfortable than the 256 GB storage on my Yoga. Having Creative Cloud, Office, Cura (3D Slicing software), and more on my Yoga’s puny 256 GB of storage, I was cleaning it up every other project. Not so with my Surface Pro.

The casing on the Surface Pro feels very solid with no real creaking as I use it. Mine is the black variant, and while the black version can be scratched and is much more noticeable when it does get scratched, I still love the feel and look of the black Surface Pro 6. The platinum version is bare magnesium, so scratches are much less noticeable. Of course the Surface Pro 6 like all Surface devices before it has the wonderful built-in stand which is so solid and infinitely adjustable and makes tablet mode a joy to use.

The PixelSense screen has a 3:2 ratio which is very comfortable to use with productivity apps. Watching and editing videos on it also is very nice, and the colors all look really good. The only comparison screen wise, to me, is the iPad Pro.

One of the biggest complaints I have is that Microsoft doesn’t include the primary selling point of the Surface Pro line with it — the Keyboard Cover and the Surface Pen. I think these are automatic purchases when you buy one of these, but if you have to scrimp somewhere, then I would on the pen. 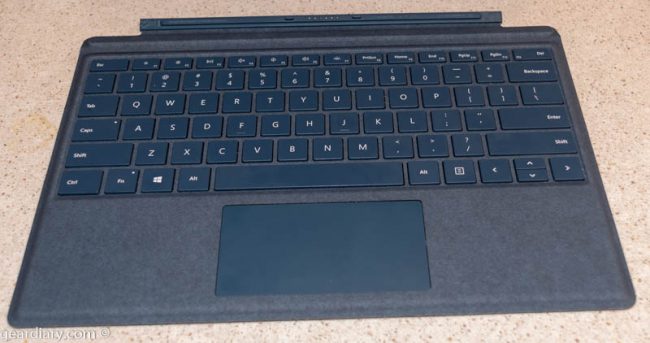 The keyboard is very good. It has a little flex in it, but it’s really comfortable to type on. I typed this review on the Surface Pro 6 keyboard cover and it was fantastic. The keyboard on my Jide Ultra was close but nowhere near as good as the Surface Pro Signature Type Cover. Mine is the one with the cobalt colored Alcantara covering. The covering feels very nice and helps add to the premium feel of the device itself.

I also picked up the cobalt Surface Pen, and I love using it. It brings back some memories of using my old Pocket PC, but it’s so much better with the 4096 levels of pressure sensitivity as well as being able to use the opposite end as an eraser. The eraser end is also a button and with a single click brings up the Windows Ink Workspace which lets you select the sketch pad, post-it notes, as well as snip and sketch. Post-it notes is just what it sounds like, the ability to write yourself a small note. Sketch pad lets you doodle in an open space and the snip and sketch let’s you take a screenshot and annotate it. Double clicking brings up snip and sketch by default but you can change this to open any of the standard inking apps. The default apps are ok but where the pen really excels is in OneNote as well as some of the other apps like Concepts which is a full-fledged art creation app letting you be as creative as you want to be. The nice thing with Concepts is it also supports the Surface Dial which I opted out of purchasing. OneNote let’s you take notes with Ink but you can also translate the ink to text by drawing a box around it and I use this feature all the time. Plus if you have detached the keyboard you can use the Pen to input URL’s and to search with. It makes the tablet mode a joy to use. 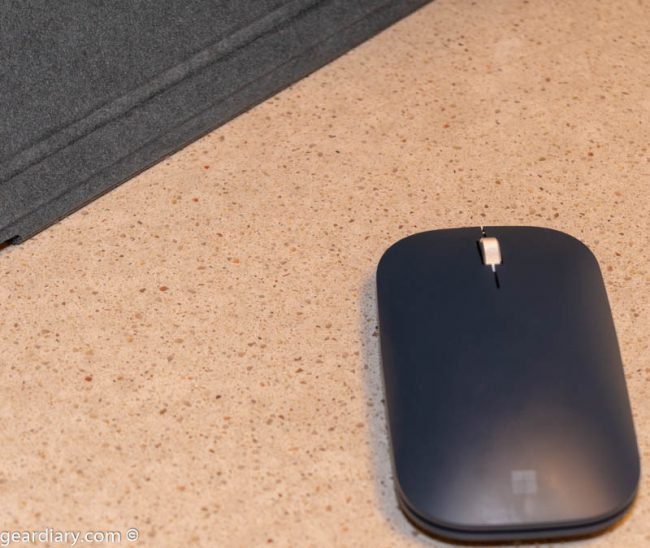 One other accessory I picked up that I regularly use with my Surface Pro is the matching Surface Mouse. It’s a Bluetooth mouse which is nice, as it does not take up the ONLY USB port you have with a dongle. The scroll wheel feels as good as any Microsoft mouse. Microsoft has always made fantastic mice, so it’s no surprise that I like this one a lot. My only complaint is that the battery compartment’s lid is magnetic so it can pop off if it’s floating around a bag, but generally it’s not noticeable in normal use. 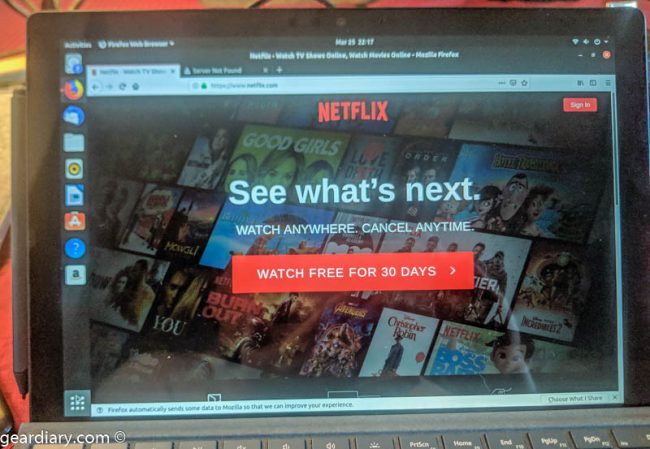 Now I know my Linux friends will ask: does it run Linux? The answer is yes of course it will. However, you will lose some of the things that make the Surface such a wonderful device. I tried booting the Surface from a thumbdrive with a build of the upcoming Ubuntu 19.04 release. Out of the box, WiFi worked, the type cover worked, auto rotation worked. This was only on the live USB. On the live USB, the touchscreen and pen did not work and neither did the touchscreen. If you do decide to install Ubuntu on your Surface device, you would want to check out the kernel modifications that GitHub user jakeday did. With these kernel changes almost everything works but the cameras and connected standby. This Reddit post also can be a great resource if you try to do it. If I decide to do it to my Surface, I will definitely write about it here. However, I have to be honest though, I am not really thinking about doing it because the things that really attracted me to the device are the integrations that Microsoft did. Odds are high that the 4,096 levels of pressure sensitivity may not work. Applications like the GIMP (a graphic editor similar to Photoshop) may not support the pen nearly as well as any application on Windows. There is no ink work space on Linux like there is on Windows. Heck, there’s likely no handwriting support to type in URL’s like there is on Windows and unless you know how to write this software there’s not much hope to get that kind of support in my opinion.

Just a short few years ago Linux desktop was sufficient. It worked as well as Windows. Unfortunately for Linux fans, Microsoft hasn’t sat still. The changes they made to Windows 10 really helped it become much more stable than Windows used to be. Linux is a very stable OS but that’s not good enough for the modern post smartphone world. The advances that Microsoft has done to bring out this device make it a joy to use. Plus now that Microsoft has made it possible to run Ubuntu in the Windows Linux Subsystem I really have no desire to dual-boot Windows and Linux on the Surface.

With that said, I have noticed a trend in the Linux world. Desktop environments used to be really exciting and there was always something new coming out that made Linux better. Now it’s just iterative. Linux developers are spending more time on software like Docker (a way that you can virtualize and deploy applications in containers), Chef (a Powerful Automation tool for System Administration) and other more server and cloud computing oriented technology. There are still developers working on the Linux Desktop, but cloud based tools like Google Drive and Office 365 allowing you to run what was once a desktop only application in a browser has largely made desktop operating systems irrelevant. Very soon now, even those who need media creation may be able to use cloud based tools. For users who don’t need to create media like video or graphic artist uses, a Chromebook may be the best option followed by devices like iPads and Android tablets.

There was often a saying in the industry that this is the year of the Linux desktop. That year will never come now, in my opinion, with the desktop OS being largely irrelevant in 2019 for most basic users. Sure, you can still use Linux and you will be served very well even on the Surface but the hardware integration Windows 10 has on the Surface makes Linux not as nice to use on it. In my opinion. I am still a DAILY Linux user, but I also use Windows, Android, and iOS daily, and I feel I am better for that.

My Lenovo Yoga 710 was my first of what people call 2-in-1 devices. It was more laptop than table,t and because I never liked the feeling of the keyboard on the back of the screen when in tablet mode I rarely used it in that mode. Not so with the Surface Pro 6. In fact, I use it more in tablet mode than I do in laptop mode because it just excels at that. Yes, the Windows 10 interface itself isn’t as tablet-like as an iPad or even an Android based tablet, but it’s good enough for when I do use it in that mode to the point where I don’t really care about the Windows 10 foibles as much. The pen really helps with the tablet mode, and for my use, it’s an essential accessory along with the type cover.

What I Like: The Pen; Type Cover; Pen integrations; I hate to say it: A Headphone Jack!

What Needs Improvement: Only the power supply and Surface Pro 6 are in the box — the Pen and the Type Cover really should both be included at this price!; Only ONE USB port; No USB-C; Who in the world uses DisplayPort still? Put a MicroHDMI and a Thunderbolt 3 on there! 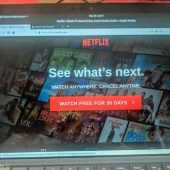 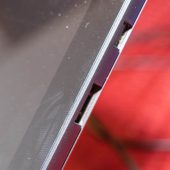 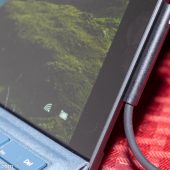 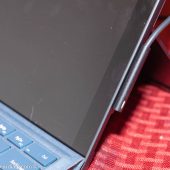 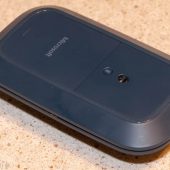 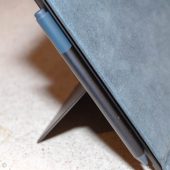 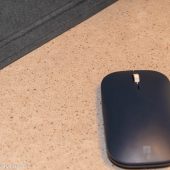 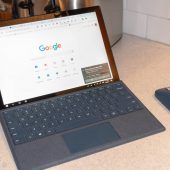 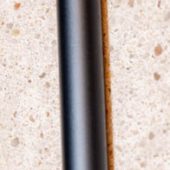 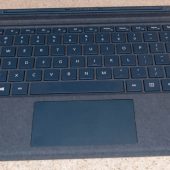 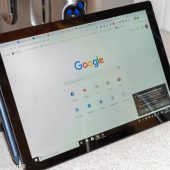 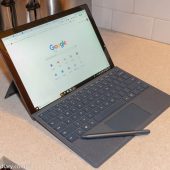 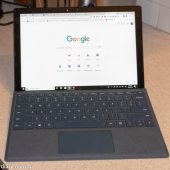 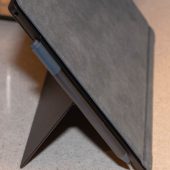 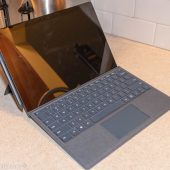 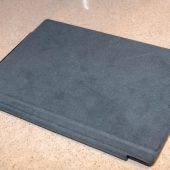 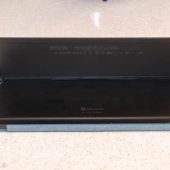 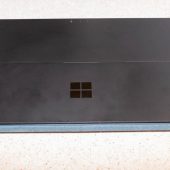