EMUI 10 was announced at the Huawei Developer Conference earlier this month. I’ve just returned from a trip to Huawei’s HQ in Shenzhen, China. While there, I was shown what can be expected by this latest update. 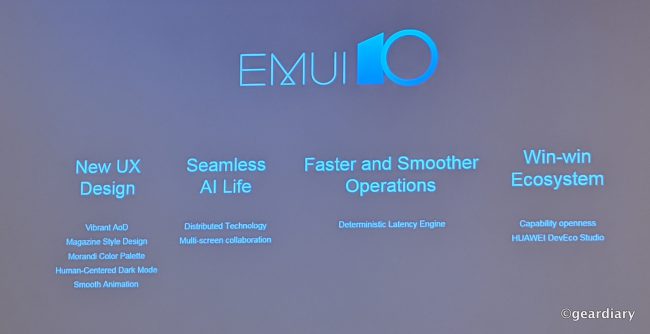 EMUI is Huawei’s user interface, the skin that sits on top of and works with the Android Operating System. This latest iteration will come on new Huawei devices as well as being delivered as an over-the-air update to the more recent Huawei models.

Unfortunately, those of us attending the event haven’t yet received an EMUI 10 update pushed to our P30 Pros, so I can’t show you screenshots yet; we’ll have to settle with photos I took of the slides from Huawei’s presentation. 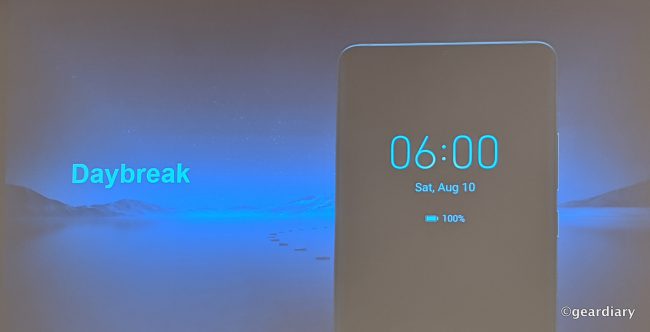 … as well as custom icons for personalizing your lock screen. 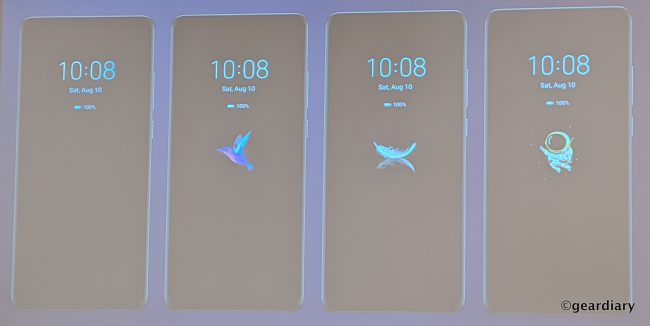 A new “magazine-style” design will be used throughout, making the screen seem less crowded by using a grid system … 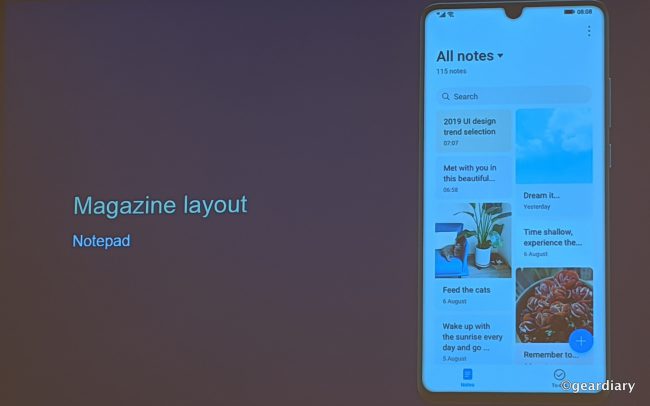 NOT Live tiles, but they could almost be, right? 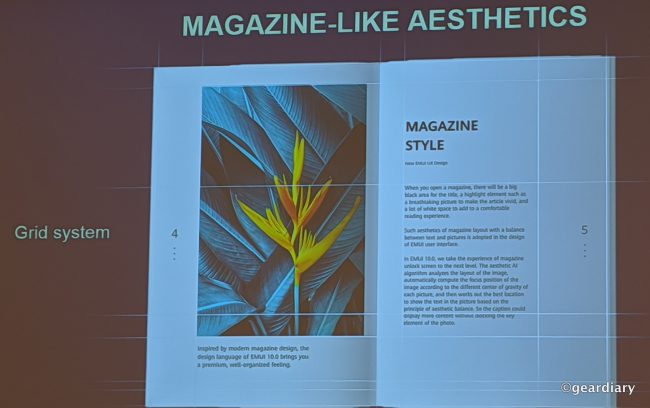 Huawei is introducing a Marandi color palette; Giorgio Morandi was a 19th-century Italian artist known for using muted colors that were visually appealing and soothing. I’m just happy we aren’t talking about Pantone anymore, to be honest. 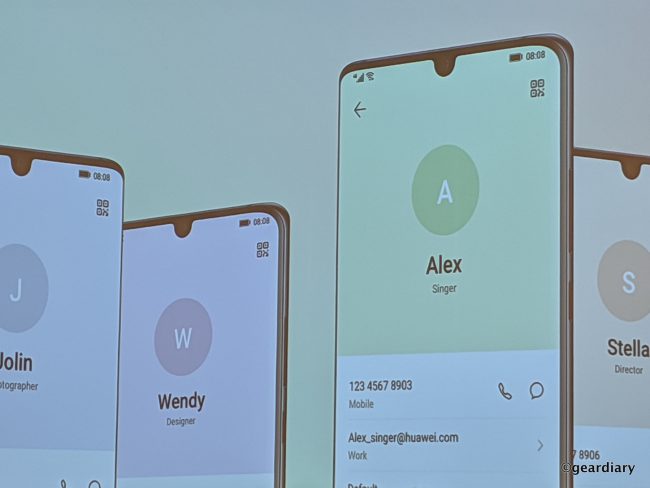 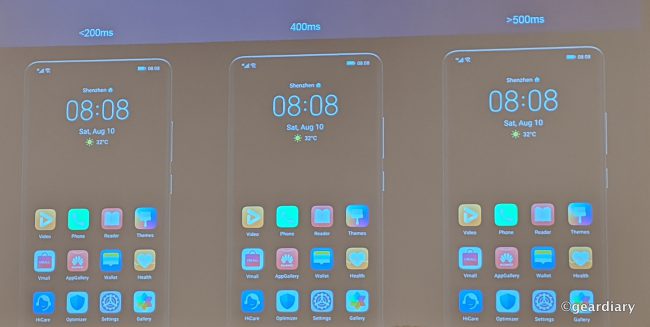 … but even more exciting is the human-centered dark mode that will be available on OLED devices. 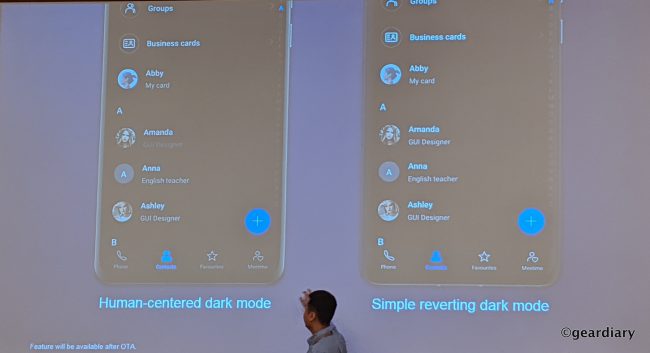 Rather than just inverting colors, the EMUI 10 dark mode will offer better legibility along with four levels of illuminance.

The biggest benefit for users will be better legibility and visual comfort. Huawei has done extensive testing, and they say that it is more comfortable for users; they are also opening the API for 3rd-party developers.

Also worth mentioning are the natural animations that EMUI 10 will introduce. They aren’t just speed improvements, though; Huawei has worked to provide different “feelings” when you have a lighter or heavier tap. Transitions are faster, and animations will reflect the speed and force you use when you swipe to perform different functions. 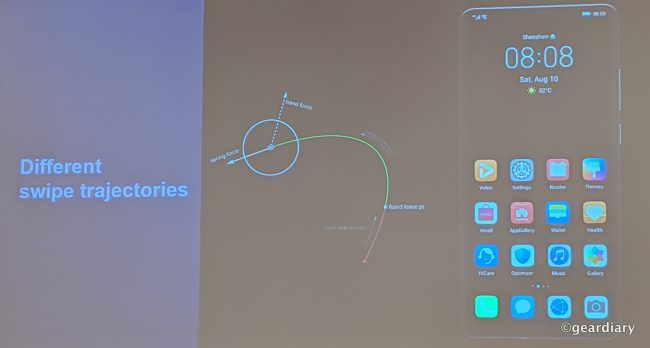 If you have a Huawei laptop and phone (raises hand), you’ll also be able to take advantage of multi-screen collaboration. 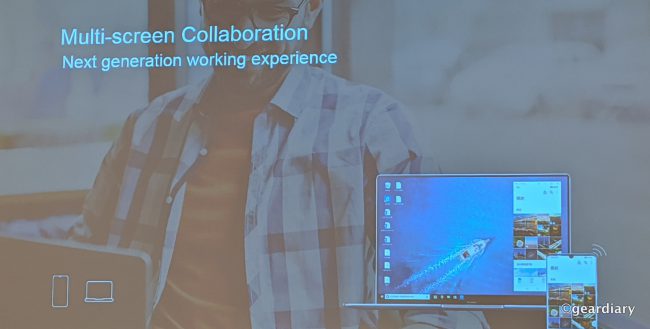 You have to admit that there are a lot of things that we take for granted when we use a device, but it doesn’t take long to figure out if you like the way the user interface acts or if it feels clunky. Huawei EMUI 10 is aiming to give users a beautiful, fast, and comfortable experience. I’m guessing it will start pushing out to users during or right after IFA. Some P30 and P30 Pro users will be getting it sooner rather than later; I can’t wait for the update so I can try it out!

Disclosure: Huawei paid for my travel, room, and meals; there were no conditions or expectations made regarding what I chose to write about with respect to my experience.