Between the latest Twilight movie and Abraham Lincoln: Vampire Hunter, the vampire craze shows no sign of slowing. And that is a good thing, as the mythos provides plenty of room to explore in all realms of entertainment. The most recent addition is a new hidden object game called Sinister City: Vampire Adventure HD for the iPhone and iPad. The big news – aside from the focus on vampires – is that this is a first person game, so let’s take a look at how all of it works!

The Hype:
Travel to the astral plane and save your love in this breathtaking quest! John discovers his bride-to-be, Nina, has been kidnapped. The only way to save her is deal with Sinister City’s most powerful vampire, Count Orlak. Armed with little information and a lot of courage, John must track down Count Orlak and rescue Nina. Help John solve perplexing puzzles and explore ancient castle corridors in this creepy Adventure game. Can you defeat the evil vampires?
? Over 50 scenes to search
? 6 Eerie, absorbing locations
? 15 mini-games
? Two modes – casual and advanced
? Astonishing 3D graphics
? Game Center Support
? New iPad Retina Display Support Imagine that your fiance suddenly turned up missing, and then you learn that her father the powerful vampire has taken her to Sinister City … and you need to go there if you have any hope of getting her back. This is the story of John and his bride-to-be Nina, and her powerful father who wants her to marry a vampire of his choosing.

The promise of Sinister City is tremendous – an intriguing plot setup, some bizarre characters, and a unique first person gameplay system that makes you feel more like you are walking around in an adventure game than playing a hidden object game. Unfortunately, all of that promise makes the disappointment of the game even greater. It isn’t a bad game … but it isn’t a great one either. The core of the game is a set of genre-standard hidden-object scenes interspersed with puzzles. You tap to walk from place to place in a scene, which will generally open a hidden object screen, an interaction or a puzzle. The interactions are the best part of the game, so I will save those for last.

The graphics claim to support the Retina display, but while they might ‘support’ it, there was nothing that made me feel the game was actually optimized for Retina. This is in contrast with G5’s other recent release Lost Souls, which looks gorgeous.

One thing that initially excited me was an almost RPG-like structure – you were tasked with exploring an area and finding a number of items. They weren’t all in one screen, so you had to work around the entire area. Once finished you advance the plot, and whenever you have one of these tasks the items actually relate to the plot. But typically when you are looking for a number of items you will randomly encounter them in the open, sometimes in an object scene, and other times you will need to go through a full hidden object puzzle to access them – even if you could easily see them before. Fortunately – or unfortunately depending on your perspective – the hidden object games are very easy. Also, if you get stuck, Hints are unlimited and only have a cool-down timer related to your difficulty level. There is no downside to using hints, even though most times you won’t need them.

The puzzles are very limited compared to more recent games, and mostly fall into matching or jigsaw puzzle types. They are quick and easy and generic to the point that I have a hard time remembering them now.

While I liked the RPG nature of the tasks, the problem is that the tasks were ALL basic ‘fetch’ quests. The best is when helping around the TV studio, where there were some problems and you need to help out getting things back together. The worst is with Nina’s mother, where it feels like EVERY dialogue exchange is based around you having to do just one more task … which ended up feeling like the game was artificially lengthened. Which brings me to my final complaint: the game is simply too short. I have played enough hidden object games to expect a few hours of gameplay, but Sinister City was done and gone in less than two hours for me. And perhaps the worst part was that in terms of the gameplay I was ready to move on.

But … it was the characters and actors that made the game worth playing through to the end. The main character is pretty much the straight man in this campy farce, with everyone else around him displaying all sorts of quirks and oddities. We really never know much about Nina, but that is OK. Her father is bizarre but egocentric and reminds me of something out of a Sam & Max game. That description applies to her mother as well, totally different from the father but just as eccentric. Then there is the psychiatrist with all of the neuroses, the bizarre TV director, odd hotel clerk and so on. It is a great cast of characters, and whenever you meet with them it is worth enjoying it to the fullest.

Sadly the overall impression of the game remains one of unfulfilled promise. The setup is excellent, the characters enjoyable … but the gameplay short and lacking. So what about the value? My recommendation is to check out the free demo section and see whether it feels worth the money – it is a bit expensive for what you get, but if you connect with the quirky charm it might be a good purchase.

Here is the trailer for Sinister City: Vampire Adventure HD:

Price:
Free with full-game unlock via in-app purchase: $4.99 iPhone or $6.99 iPad
What I Like: Interesting story; great characters; fun interactions 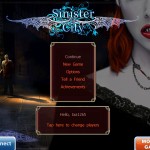 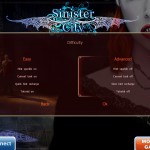 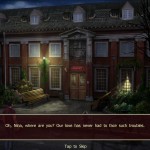 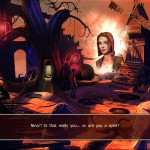 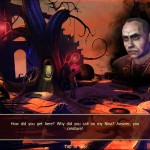 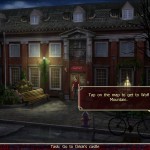 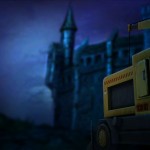 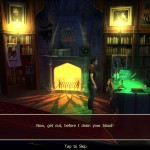 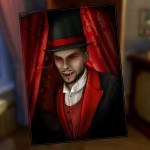 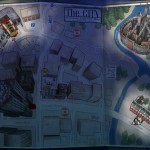 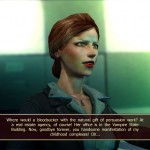