The brutal murder of a famous designer shakes the high-stakes world of New York fashion. Join Detective Carrie Chase and use interactive forensic tools to explore crime scenes and find evidence. Follow the twists and turns in the case , crack the crime and stop a serial killer in Masters of Mystery: Crime of Fashion. Major features: Masters of Mystery: Crime of Fashion is a hidden object game set in the New York fashion world. You play as Carrie Chase (who I thought of as a mix of Carrie Bradshaw from ‘Sex and the City’ and Annabeth Chase from ‘Close to Home’), a young detective who is suddenly thrust into the midst of murder investigation of a famous fashion designer.

The first choice you need to make is whether to play in ‘timed’ or ‘relaxed’ mode. There are some achievements you cannot get in relaxed mode, and obviously there is a time limit for each area in timed mode, but otherwise the game is identical regardless. I played in relaxed mode and then replayed some in timed mode to get a feeling of the added challenge, and even after completing the game some areas were difficult to do in the required time.

The game has a story wrapped around hidden object scenes and puzzles, and is generally linear with only a few choices of which location to visit next. The story itself is told through a combination of cutscenes, dialogue exchanges and outcomes from hidden object scenes. The flow is so natural and organic that it is easy to get swept away playing the game. I finished in two sittings – which would have been one except that I stayed up too late and was falling asleep playing! The characters are well done and go a bit beyond the stereotypes they start out as – but as expected in a game lasting a couple of hours there is only so much exposition possible. The cast is diverse and colorful and add to the intrigue. As for the mystery, for the majority of the game it isn’t clear who killed the fashion icon, but you will probably know before the big final reveal.

As I said, between the story, characters and gameplay it is easy to get swept up and breeze through the game which will be over in a couple of hours. Perhaps my one complaint is that I wasn’t ready for it to end – even when I knew it was done, I really wanted an epilogue or some other sort of follow-up scene to close things up and set up for another entry in the series … but alas at the resolution of the case, the game ends.

Ease of use/Overall performance: The hidden object scenes are fairly typical of the genre in terms of having a list of things to find and highlighting plot critical items. The same is true with puzzles, which are quick and relatively easy but in timed mode take on an additional challenge. All of this adds up to gameplay that doesn’t take a huge departure from genre standards yet presents a solid and fun time.

The huge change in the hidden object areas is the addition of police tools that you can use at any time once obtained. You have a magnifying glass, fingerprint brush, UV light for blood, and a flashlight to illuminate dark areas. You are required to use each of these at least once, but after that you can use them whenever you want. Since you get achievements for never using hints and making no wrong taps, making full use of tools has its rewards.

Would use again/recommend?: Absolutely! Having just finished the sequel I was interested to see what I thought of the original game a couple of months later. My opinion remains the same – it is a well-done genre game that is technically excellent but over too soon.

Suggested changes/wish list for updates: The game is over too soon! 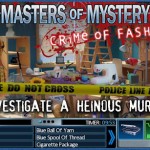 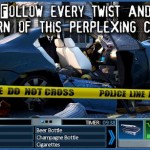 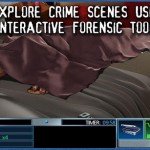 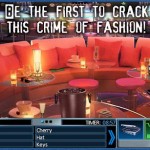 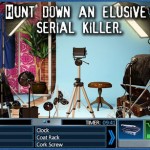