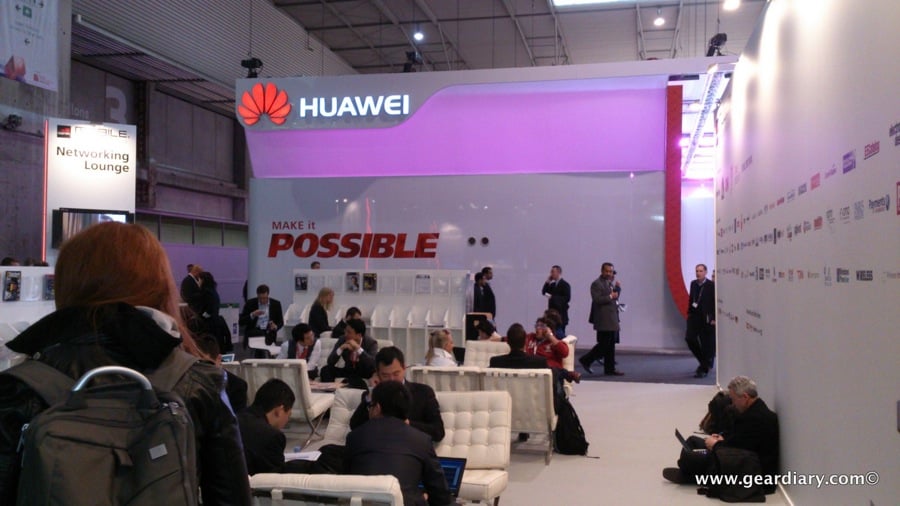 When choosing a smartphone these days one of the key “features” worth considering is speed. After all, with smartphones now serving as powerful on-the-go pocket computers having a fast, ever-present connection is key. The Huawei Ascend P2 promises just that. Judie went hands-on at Mobile World Congress. Here’s a look. 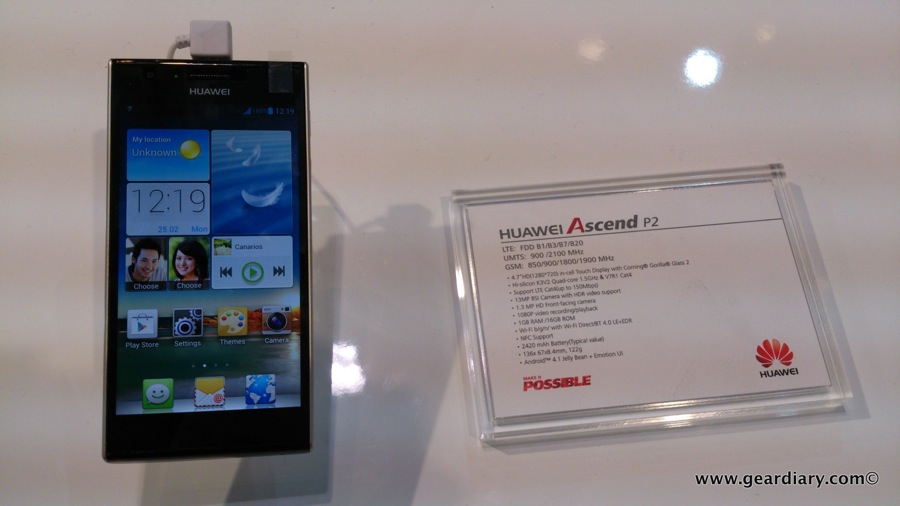 The company is calling the Ascend P2 the “World’s Fastest 4G LTE Smartphone”. It features a 1.5 GHz quad-core processor and LTE Cat 4 that can offer speeds of up to 150 Mbps. The phone is just 8.4mm thick and sports a 4.7″ IPS HD in-cell touch display. Of course it has Corning’s second generation Gorilla Glass. The company is especially proud of the phone’s infinity edge that provides a streamlined edge evocative of an infinity pool. 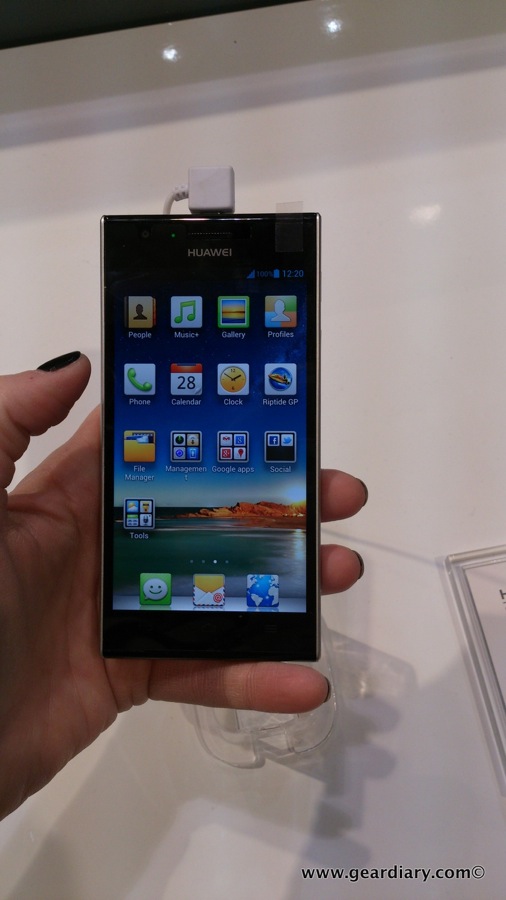 The Huawei Ascend P2 ships with Android 4.1 OS and runs the company’s own Emotion UI 1.5. The phone packs in a 2420 mAh battery that powers the 1.5 GHz quad-core processor. NFC is also present and the company has built a number of power-saving technologies into it as wel.

The Ascend P2’s screen has a “magic touch” feature that makes it possible to activate the screen while wearing gloves. That’s something I could sure use right now! Rounding out the feature set is a 13MP read camera with HDR and a 1.3 MP from camera. The phone has a dedicated camera button on one side- I love that feature on Windows Phones!- and special technology to help when shooting in low light.

Pricing has not been announced but the Huawei will be available Q2.

It is also worth noting that the company has launched its Make it Possible campaign as it looks to gain more worldwide recognition. MWC 2013 marks the beginning of a year-long campaign that will encompass touch-points such as retail experiences, online activities, and media engagement. Huawei wants to be a global player and is making all the right moves to get there.