We’ve all seen those first-person action videos of guys and gals flying down the slopes, jumping out of planes, or slashing through the whitewater on their kayaks.  These videos are entertaining and provide the viewer a peek at exactly how it would look if you were risking your own neck out there, without all the danger and adrenaline.  The problem with these videos, however, is that you can only capture one angle on the action, unless the camera is behind held in hand.  Oregon Scientific is looking to change this with their new Oregon Scientific ATC Chameleon camera, the world’s first dual-lense action camera.  Now, not only can you have a first-person view of the action, but you can also film a secondary view, all at the same time and with zero extra effort. 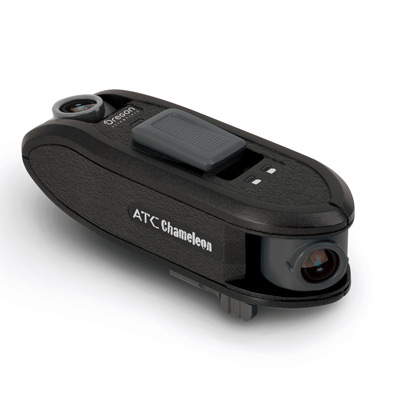 What’s awesome about this camera is that both lenses shoot 720p and the camera automatically syncs the two films together so that you can play them back in split-screen mode, as you can see in the sample videos, below.  Couldn’t be simpler.  There is no crazy post-production editing to sync up the videos, it’s all automatic.  Each of the lenses can also be turned 180 degrees to capture the perfect angles.  The Chameleon uses ATC hardware that can be mounted to many different type of mounts, whether it be the handlebars of your bike, your helmet, your kayak, etc.  Many of these mounts can be purchased directly from Oregon Scientific for $30 each.  The great thing about the lens adjustment is that you can capture so many different angles all with one camera, unlike most of the action cameras available today. 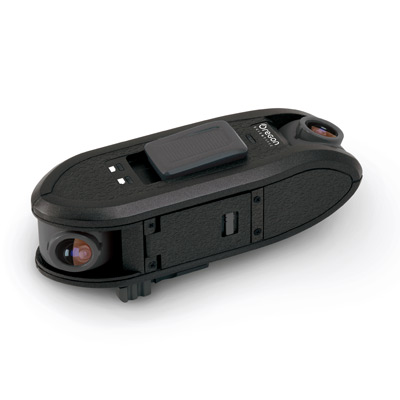 Keep your eyes open at Gear Diary for our upcoming review of this new action camera.  I look forward to putting it through it’s paces and letting you know how the Chameleon works in the real world.

The ATC Chameleon is available for $199 directly from Oregon Scientific.