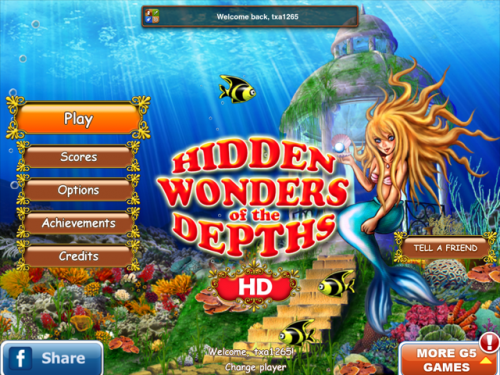 Hidden Wonders of the Depths

In the world of casual gaming, the dominant game type os Hidden Object adventures, followed by Match 3 games. Match 3 games have come a long way since Bejeweled, with RPGs such as Puzzle Quest being the most obvious example of taking the standard format in a new direction. G5 has just released a new game based on Match 3 gameplay, but it offers much more than that. So let’s take a look at Hidden Wonders of the Depths HD for iPad!

Description:
Here are some of the features: 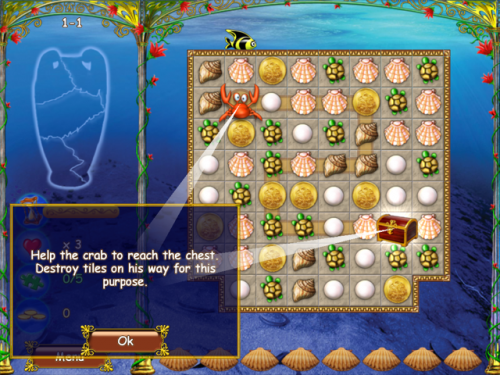 The premise of Hidden Wonders of the Depths is pretty simple – you are trying to help a crab build a fantastic home for a mermaid. Not surprisingly that is a ‘throw-away’ to provide some structure for the gameplay.

The real star of the show is level after level of varied game play designed to help you collect treasure and artifacts. There are obviously tons of Match 3 levels, but also plenty of collapse-match levels, jigsaw puzzles, hidden object scenes, mahjong and more. And as you work through the levels you visit tons of different locations with detailed graphics. 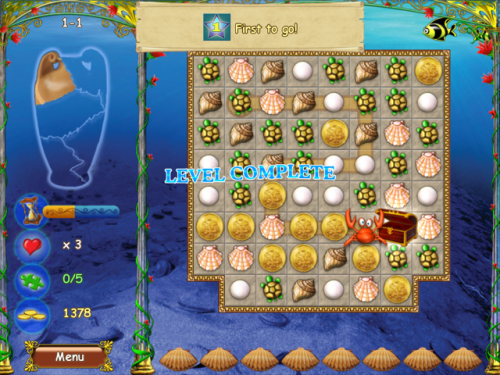 The game adds excitement with time limits on every level. Most of the time I had no issue with this, but there were a couple of levels during which I struggled to get everything done before the timer expired! The sheer number of tasks will take you several hours to work through, and there are bonus levels and puzzles to get through as well.

Ease of use/Overall performance: Most people have played Bejeweled or a clone, and will therefore feel immediately at home. If you have played mahjong you will find those levels simple to figure out as well. If not, don’t worry – the game helps you out every steep of the way.

Would use again/recommend?: Absolutely! I have loved Match 3 since Bejeweled, but there have been so many new games that it is hard to go back to ‘just’ Match 3. So I love all the variations on the theme found in this game.