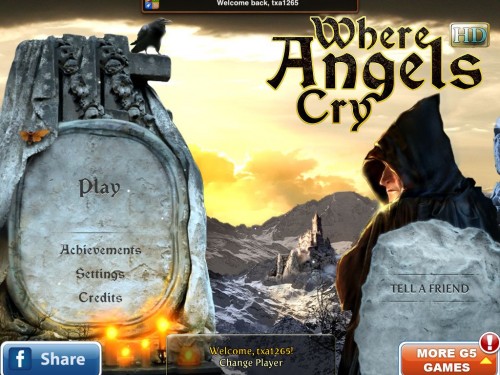 Where Angels Cry HD for iPad

In the world of hidden object games, there are a number of paths a developer can take, including purely hidden object screen games – which come in a variety of types – as well as more adventure oriented games. Many of the G5 games bridge both major types, often pulling in ideas from multiple sub-genres. The new release from G5 games is more oriented to the adventure side of the genre, which can be tricky because it means that you need to integrate a story and plot development and milestones with hidden objects and puzzles. With that frames, let’s take a look at Where Angels Cry HD for iPad!

Description:
Here are some of the features: 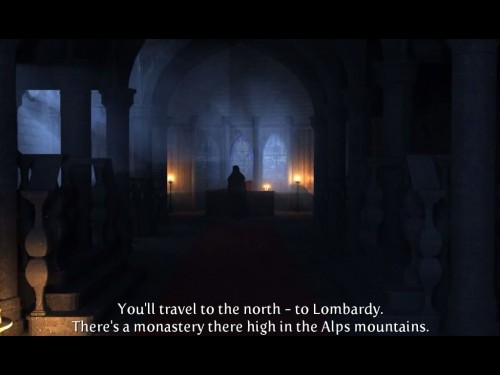 You have to love it when a game starts with an intriguing mystery and keeps it going! Where Angels Cry starts out having you embarking to solve a mystery of the disappearance of Brother John in a remote monastery in medieval times … and the sudden weeping of blood from an angel statue that some are calling a miraculous sign.

Where Angels Cry follows tradition by having you tap to move from area to area and then to locate specific items within each area. These items are sometimes combined, other times collected up, but always make sense in context. For example, in one area you need to help a Brother collect up tools that drunken Templars have scattered before he can provide you some assistance. In another area you need to patch a hole in a boat and the items you need to find make sense to do the patching. Even taking car of a horse requires hay, brush, and re-shoeing! 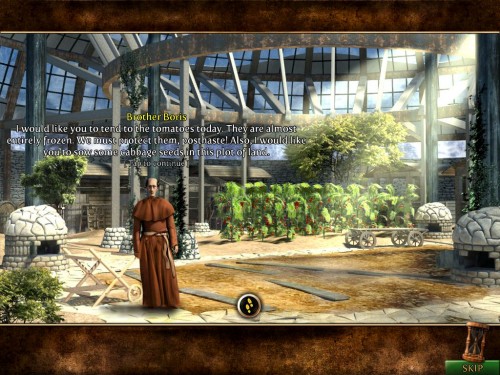 Speaking of the horse, that is my single complaint with the game. The area where you take care of the horses is less than half-way through the game, but when I was playing that chapter there were a couple of recipe-oriented tasks. One was making soup, so I would just add ingredients to the pot as I collected them until I was done. But for re-shoeing the horse, I had only found 3 of the 4 nails needed for the task, but when I put on the shoe and tacked it with the 3 nails the game wanted me to finish that task, so even the hint pointed kept me going back to the shoe rather than helping me find the fourth nail! I eventually had to restart the game as a new player, and never had another issue.

My favorite thing about Where Angels Cry is that the mystery continues throughout the game, and remains interesting. You are learning more about characters and situations, and eventually find yourself in dangerous situations where you need to apply skills to get out. It makes for an intriguing experience. 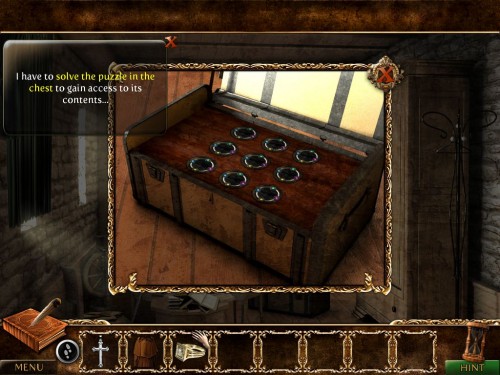 Ease of use/Overall performance: The precision of tapping, ease of combining and using items, and pretty much every technical item about this game is very well done. I never had a crash or glitch throughout my time, so as I mentioned only that one hint issue kept the experience from being perfect.

Would use again/recommend?: Definitely! I love story driven games, definitely appreciate a great adventure mystery, and also like hidden object games. Where Angels Cry does a great job of integrating all of these into an enjoyable experience. 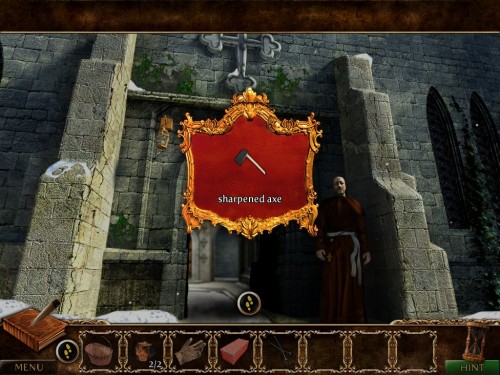 Suggested changes/wish list for updates: One time I was stuck mid-way through a task and the hint kept bringing me back to the task rather than helping me find the one missing object.