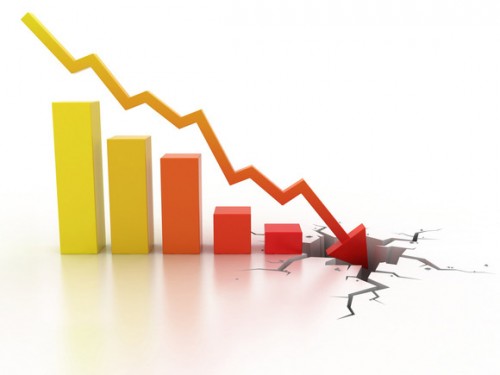 PC Sales Plummet, But are Windows 8 or iPad to Blame?

There is one reality bolstered by two bits of speculation getting loads of attention today. The reality is that sales of personal computers are abysmal, in fact they just hit the lowest point since the IDC started tracking numbers nearly 20 years ago. As happens whenever numbers are released for anything, analysts swoop in to rationalize and spin, which has led to two major speculations about the origins of the decline. All we know is that PC sales plummet, but are Windows 8 or iPad to blame? Let’s look at those two, and a few more dynamics at play:

Windows 8 is to blame – to say that Windows 8 sales have been lackluster is simply stating the obvious. The PC industry is trying to modernize to smaller, thinner systems that integrate touch, but those depend on Windows 8 which consumers haven’t exactly flocked to buy. In fact, rather than providing a boost in hardware sales, it seems reluctance to deal with the changes associated with Windows 8 might be slowing the PC industry. But this doesn’t make much sense to me – most manufacturers are willing to sell you a Windows 7 laptop or desktop that is ‘Windows 8 Ready’.

iPad / Tablet sales are to blame – I love my iPad and have called it my ‘90% computer’. In other words, I can accomplish 90% of the tasks I need to do on my iPad. But what about the rest – syncing my Garmin, updating GPS maps, certain financial web sites and so on? Those are all critical tasks, and cannot be done on any tablet running iOS, Android, WebOS or WinRT. In reality, most tablet users don’t approach even 75% of their tasks on tablets, meaning they need a computer to handle everything else.

It is easy to see how both the lackluster performance of Windows 8 and the tremendous success of tablets have combined to dampen PC sales, but alone they are not enough to explain the seeming acceleration of the demise of the PC. So what else is contributing:

We are at a computer hardware crossroads – Windows 8 *had* to happen, and had to happen now, simply for Microsoft to remain relevant. The juggernaut of the iPad taught everyone that touchscreens worked and were efficient at doing loads of tasks (in 2010 many completely dismissed this possibility). As a result when people are shopping for a new computer they are more confused than they have been since the late 90s debating getting a desktop or laptop. They want to get something that will serve them now and last a while down the road. However, today they can hesitate like never before, because …

Much of what we do doesn’t need a new PC – what are the biggest uses of computers? Web browsing, email, Facebook, YouTube, and basic productivity programs. We bought my wife a decent i5 powered Sony laptop when we moved to New York … FIVE YEARS AGO. And guess what? Aside from random quirky behavior that required me to do some basic program maintenance, it still runs great and meets her needs.

Virtualized Services Means Hardware Independence – I mentioned above, but it is worth emphasizing – in the past a big part of the upgrade cycle was keeping up with application system requirements. Does anyone remember Word 6 for the Mac? You’d need more RAM, more hard disk space, a faster CD-ROM and eventually a new computer every few years. Now I can plan a new AAA game quite happily on a ultra-portable laptop with specs that don’t even keep up with my wife’s 5-year old Sony!

The other part of that is that with Google Docs, iTunes Match, Amazon Drive, DropBox and others, our stuff is seldom hogging hard drive space, so while I have a massive iTunes collection of music and apps and so on, much of it isn’t on my disk. As a result I no longer worry about disk space.

Smartphones Serve More Needs Than Ever – If you look at how my wife managed her digital life just six months ago (she had a LG EnV3 feature phone), you would see that she used her laptop multiple times a day. After I got the iPad Mini she started using my old iPad more and more, and suddenly her laptop usage dropped below 50%. But it was really after Christmas when we got her and the kids iPhones that things changed – suddenly her camera, messaging, Facebook, email, music, and so on were all in one place. Now she does about 75% of her stuff on the iPhone. And – she has remarked that in terms of searching for things or checking directions it is faster to use the phone … and the iPhone is faster than her Sony laptop!

Conclusions
There has been a lot of hand-wringing and finger-pointing about the cliff-dive of PC sales in recent months. But as you can see there isn’t a single factor at play but rather the confluence of events – tepid response to Windows 8, flattening computing power needs, the rise of tablets, cloud computing, and amazing smartphones have all come together to make the job of selling a new computer harder than ever.

And it goes beyond the mainstream – in any other year I would be due for a new computer. My Mac and gaming PC are each going to be 2 years old this year, and I have replaced on roughly a two-year cycle since … well, since the early 90s. But for this year my only decision is whether to get a iPad Mini or full iPad when the new versions arrive later this year.

What about you? How have your computer buying needs shifted in recent years, and to what do you attribute the drop in PC sales?