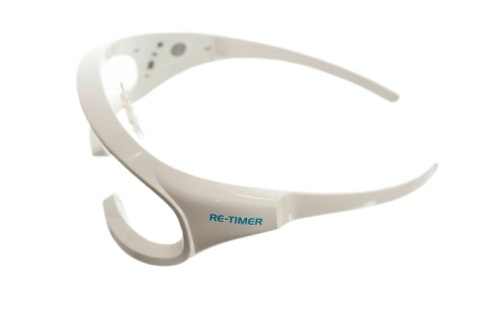 During the waning months of my career at Borders, I worked two weeks of overnights during a store remodel. Actually working in the middle of the night wasn’t the hard part, what was tough was going to bed when it was broad daylight and waking up as the sun was setting. I bought a sleep mask, which helped, and I had very considerate roommates who tiptoed around and kept it quiet near my room. In any case, the experience left me with a lot of respect for the people who work third shift and other odd hours. There are many folks who could use help adjusting to the lack of sun and natural rhythms with their hours, and that’s where Re-Timer thinks they can help.

The Re-Timer is light-up headgear designed to mimic sunlight. According to the company, they’ve done years of sleep research and determined that the effects from poor sleep, shift work, etc can be mitigated with light therapy, and that’s what the Re-Timer is designed to do. They run through several examples, from insomniacs to shift workers, and explain how less than an hour wearing a Re-Timer can help improve how alert and awake a user feels all day.

I don’t know much about sleep therapy or the science behind this, but I know that there have been studies about how light can affect our rest. It makes sense that light can also help if you’ve had a bad night’s sleep, or are jetlagged or otherwise on an “off” schedule. It certainly can’t hurt to give these a shot if you’re finding that you’re struggling with rest issues. It’s a bit pricey at $273.90, but if you’re a frequent traveler between time zones or a shift worker, it’s a small price for potential big benefits. 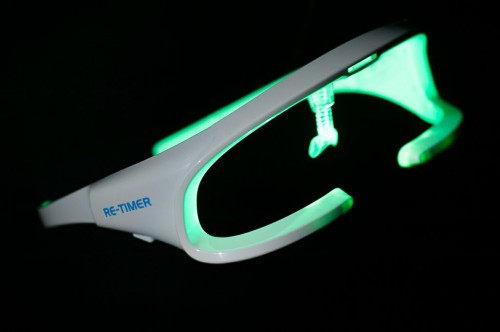