Posted By: Michael Anderson May 30, 2013
ShareTweet 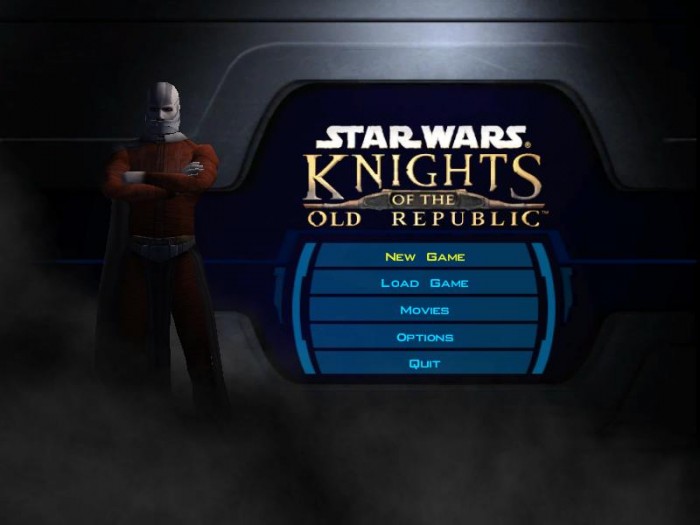 Star Wars Knights of the Old Republic Coming to iPad!

A couple of weeks ago there was a supposed leak found in the header of an Aspyr newsletter pointing to the release of the iPad version of the classic Bioware RPG Star Wars Knights of the Old Republic (KotOR for short). Since we don’t do rumors here I just fished through my .Mac mail to see the evidence (I hadn’t noticed it at first), then filed it away under OHPLEASEOHPLEASEOHPLEASEOHPLEASEOHPLEASE …

This morning we got everything but the final official confirmation, with a full review up at gaming site IGN. The review notes that some text is small, moving around is klunky, but that the core elements of the game shine through extremely well. For me, that just made me even more excited for this already must-have of a game!

Now we have the only confirmation that matters – the game is available in the app store for $9.99!

When I did a Netbook Gamer review of KotOR, I concluded:
Knights of the Old Republic is generally heralded as one of the best RPGs of the last decade. Because I’m a Star Wars fan I have a particular soft spot for the game, and it remains a favorite of mine. That said, the weaknesses and minor issues and niggles have become more and more obvious through the years and have diminished the impact in a way that hasn’t hit stuff like Baldur’s Gate II. That said, it remains a great game that is a blast to play and that anyone with access to reasonable hardware should check out – you won’t be disappointed!

Some of the concerns I noted were that the game really pushed the capabilities of the Lenovo S10 netbook, that many ‘Bioware-isms’ that have been used to death in the Mass Effect and Dragon Age games are no less tired here, that you just level up too fast, and that the turret games are crap.

Well, I was thrilled to hear that performance has been optimized on the iPad … and not surprised to hear about the rest. The core game remains great, but things like moving are a pain – so the turret segments (fortunately only a few) will be awful. I have actually been replaying KotOR again for a retro review, and having a blast working through everything again – so I can’t wait to explore it all on my iPad!

There was loads of speculation about when the game might arrive and pricing. I figured that since it missed last night we would wait until next week (wrong) and that pricing would be on par with the PC version on Steam which is $9.99 (right).

So head to the app store, and grab Star Wars Knights of the Old Republic for $9.99!