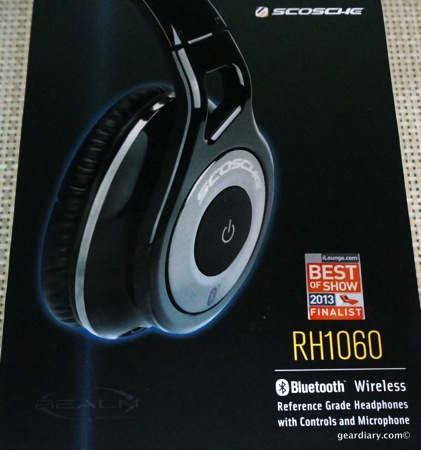 We recently reviewed the Scosche RH1056md Headphones. I was impressed with the wired, over-the-ear headphones and thought them to be a decent value at under $150. Scosche was good enough to also send a pair of their RH1060 Wireless Bluetooth headphones for review. The RH1060 headphones look quite similar to the RH1056md sample we have been using; in fact, then you use them in wired mode they are pretty much the same. Comparing the specifications of the two headphones reveals that both have 40mm drivers and an impedance of 32?. The frequency response of the RH1056md headphones is slightly better, but not so much that it makes a noticeable difference. In other words, at under $200 the Scosche RH1060 Bluetooth Headphones give you the best of both the wired and wireless worlds. Let’s take a closer look. 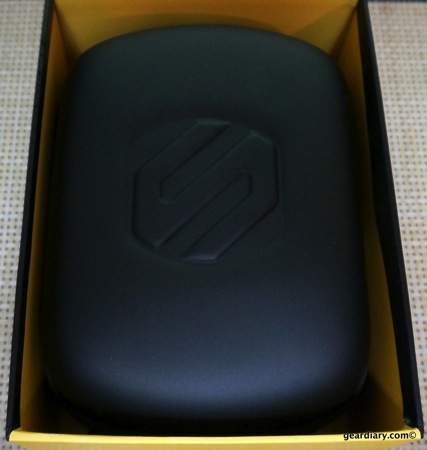 Like its slightly less expensive wired siblings, the RH1060 headphones come with a nice protective case. This is a fairly massive headphone case, something made necessary due to the size and bulk of the headphones themselves. 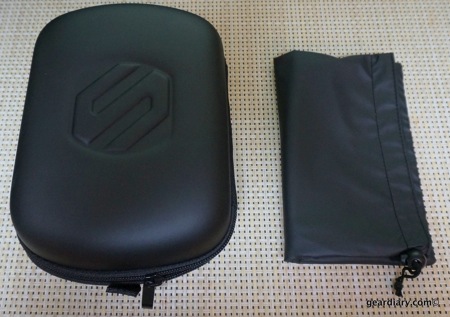 Similarly, like the RH1056 headphones, the RH1060s come with a soft protective bag. I have no doubt that including both protective options costs Scosche pennies. Still, going that extra mile here rather than going as cheaply as possible once again impressed me. That noted, I don’t see using the soft bag much if at all since the harder case actually offers some degree of protection when taking the RH1060 headphones on the go. 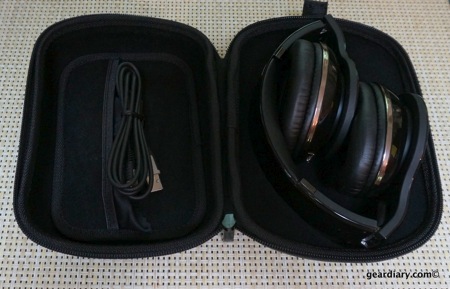 Inside the hard case you will find a nice bit of organization. The folded headphones site nicely in one side. It is specifically molded to let the headphones fit in one way and one way only. This tight fit means the headphones won’t shift much if at all when you have them in your bag. That, in turn, adds an additional layer of protection. On the left side of the hard shell is a space for the RH1060 accessories. This holds them securely and keeps them away from the headphones when the case is closed. 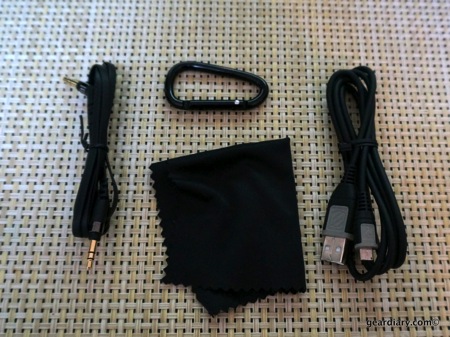 The RH1060 accessory pack includes a 3.5mm to 3.5mm cable, a USB to microUSB charging cable, a cleaning cloth (these headphones are made from glossy black plastic that attracts fingerprints like nobodies business) and a carabiner clip that lets you hang the headphone case. It is worth noting that the 3.5mm cable does not have inline controls or a microphone; those are found on the headphones themselves. 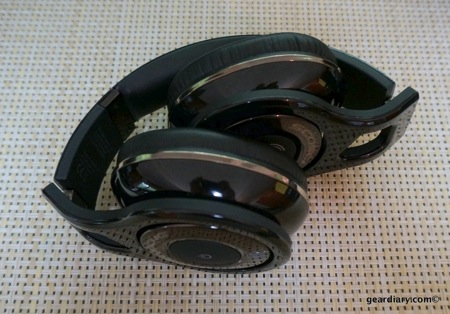 As previously mentioned, the headphones fold up for storage. Even when folded up, these are anything but small. That’s no surprise since, after all, these are large, over-the-ear cans. 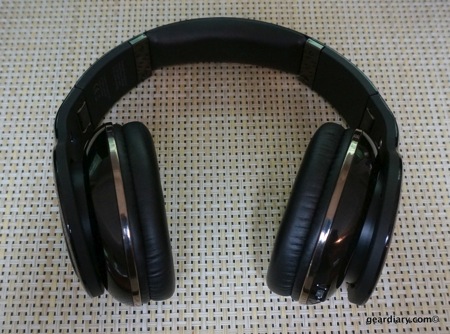 Scosche made a rather striking decision when designing the RH1060 headphones and went with physical buttons for controlling the music and adjusting the volume. In a world of touch-control, this might be seen as a step backward were it not for the fact that having tactile buttons actually works well when trying to control headphones without taking them off. It is not that I am opposed to touch-sensitive buttons, but I don’t have an issue with the old standby mechanical approach we find here. The larger of the three buttons is used to play, pause and advance tracks. Pushing and holding this button also activates Siri, if the RH 1060 headphones are connected to an iOS device. (Siri works well with these headphones and the microphone picked up my voice accurately.) The remaining buttons control the volume when listening to music. 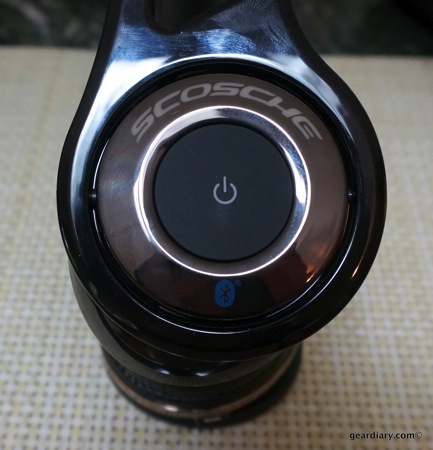 The other ear cup has a single button that turns the headphones on and off. Pressing and holding the button also puts the Scosche RH 1060 headphones into pairing mode. 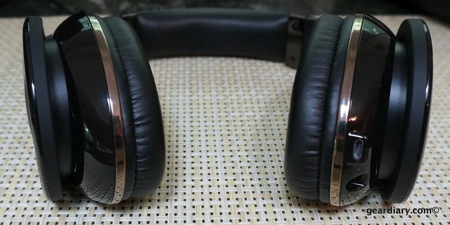 Overall, the RH2016 headphones have impressed me. The sound is quite good, and the headphones offer a good bit of bass without it being too much. No doubt that was what Scosche was going for when they designed the RH1060s. After all… 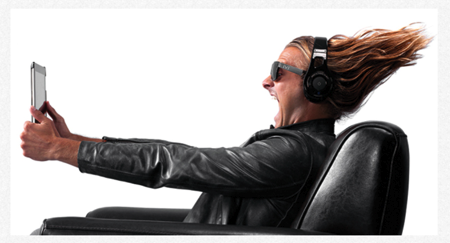 …this is one of their key marketing images for the audio device.

Both Elana and I find the RH1060 headphones to be quite comfortable. That is saying a good deal, since we need rather different adjustments to fit each of our heads. We are also enjoying the music coming from them. That was the case with a wide range of musical styles. In addition we were both impressed by the degree of ambient sound that was blocked by the RH1060’s leather ear cups. These do not offer active noise cancellation, but they do block a ton of sound once properly seated on our ears.

My one main criticism of the Scosche RH1060 headphones actually touches on the issue of active noise cancellation. These don’t have it, but when the Bluetooth is on and there is no music actually streaming you might think there is; in other words, the slight hum that is so often associated with active noise cancellation is present in the Bluetooth radio of the RH1060. It isn’t noticeable once the music starts to stream, but it is there. I will admit it bothered me more when I was first using the headphones, but just knowing that is the case bugs me a bit. Again, it isn’t noticeable once there is actual music, but the buzzing is there when music is paused.

Other than this criticism, I am impressed with the Scosche RH1060 headphones. They sound good, are quite comfortable, and they come in at a price that is south of $200. That a good trick, and it results in a rather nice package. You can learn more here, and you can get them through our Amazon Affiliate Store.

What I Like: Comfortable; Good sound with decent bass; Block a fair bit of outside noise; Hard and soft case included; Charge in under 3 hours and give 8 hours of streamed music; Tactile controls

What Needs Improvement: Slight radio buzz when there is no music