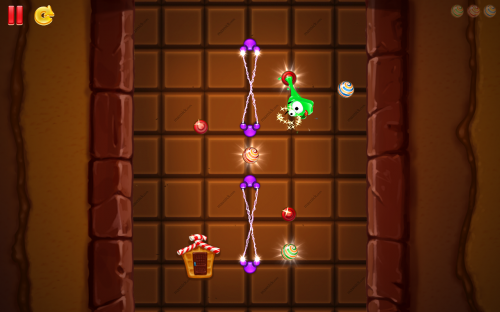 When Green Jelly was released for the iPad and iPhone last December I enjoyed the physics-based game, and now it is available on the Mac! How does a very finger-friendly game translate? Let’s take a look! 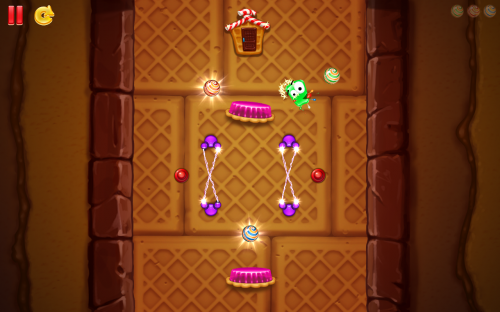 Major features: It is always interesting playing a game obviously designed for a touchscreen on a PC. Whether it is Angry Birds, Fieldrunners, or Green Jelly – because in the exact opposite way of playing a first-person shooter on a touch-screen, you can tell that the controls would be better elsewhere. Don’t take that as a criticism of Green Jelly – like Angry Birds the mouse controls are very well done, and I know some people who prefer using the mouse. But for me the immediacy of using my finger to grab the Jelly and flick it around is the best way to play the game – but if you don’t have an iOS or Android smartphone or tablet, you can still have loads of fun.

Green Jelly is a physics-based game in which you play as a green jelly candy seeking to collect up all of the candy, one level at a time. To do so you stretch the jelly candy and either attach it to pegs or launch it into the air to grab candies and land safely back at home to complete the level.

Sound simple? Well it IS simple – for the first few levels. But then suddenly the difficulty spikes – sometimes it is challenging, other times frustrating. But there is always a challenge! As a result the game will take much longer to complete and get full marks than many other genre games, but you will sometimes just be happy to complete a level!

The other cool thing about the game is the pricing and lack of added in-app purchases. When you download the game, you can get the full game unlock for $1.99 – which is a great deal based on the tons of content. Also, unlike so many other games, once you buy the game you get EVERYTHING – no endless list of in-app money to spend to make the experience more doable. This makes the game an EXTREMELY easy recommendation for fans of the genre. 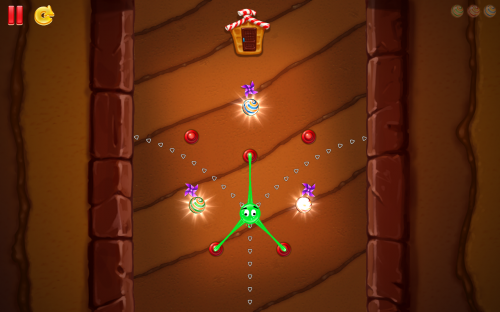 Ease of use/Overall performance: If you are a fan of Cut the Rope, Angry Birds and other similar games you will immediately be familiar with how to play Green Jelly and that familiarity helps to get you engaged in the game. For me that was helpful because otherwise I would never have finished – the challenge ramp is harder than most of those other games, but similar to playing ‘gravity field physics’ in Angry Birds Space, sometimes you just need to take a deep breath and think through the solution. The controls worked well and the graphics and music are very engaging. 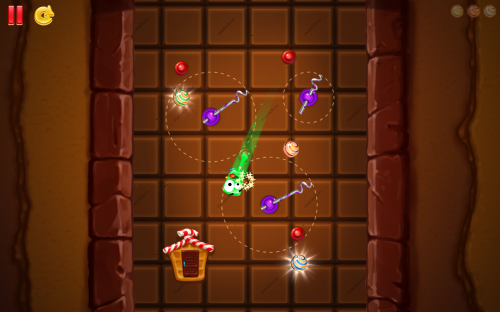 Would use again/recommend?: Absolutely! Green Jelly is a fun and quick game broken up into levels that will generally only take a few minutes to accomplish and will have you jumping from level to level as the challenges increase. And with the full-game being so inexpensive if you like the free download at all then it is definitely worth grabbing the full version.