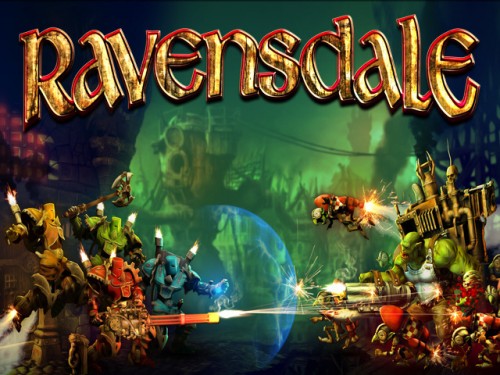 Black forest Games is back with Project Ravensdale

We are now getting to the point where we know we can trust developers we are seeing on Kickstarter – because they have delivered already! One such developer is Black Forest Games, who last year had a successful project with the multi-platform hit Giana Sisters: Twisted Dreams. They have just launched a new Kickstarter project – Project Ravensdale, a side-scrolling platform shooter that looks simply amazing!

URL of the Project: http://www.kickstarter.com/projects/project-giana/project-ravensdale

Ravensdale is based on classic arcade shooters like Contra and Metal Slug, but focuses heavily on co-op interactions between players. For example, while you rapidly pull yourself towards and past your buddies, they block projectiles heading your way and feed an overdrive mode to boost the entire team! We’re also pushing for strong interactivity between player characters, enemies and the levels to provide a wider range of tactical options to both solo players and assault teams.

1. You can pull yourself towards the generator at breakneck speed, hurtling past it like on a giant rubber band, smashing and grabbing all enemies and objects on your path. In multiplayer, you have more control over the positioning of the generator and can set up some advanced tactics.

2. You can also use a softer pull to use the lightning arc like a rope to dangle and swing over precipices, or change the direction of your jumps and dashes. In multiplayer, you can use this to quickly pull yourself to another player’s location or “piggyback” his movement.

3. You can block and capture enemy bullets with the arc and convert them to energy that feeds the generator. While this happens, the lightning arc damages and stuns all enemies it hits. In multiplayer, you can block shots that would hit your buddies, and you can coordinate your movement to zap enemies more efficiently.

4. You can use your share of the accumulated energy to fuel an overdrive that greatly boosts your weapon. In addition, this causes a feedback that shares your weapon’s main characteristic with your teammates, for example granting them the incendiary or piercing ability.

There are two main reasons I hopped all over this game:
– Black Forest Games has proven itself with game releases and on Kickstarter.
– Just LOOK at that trailer!

Seriously, when you are putting down money for a 2014 release you want some certainty that the team will deliver. Black Forest Games has already done that, and I have no doubt that they will come in on time and on budget again, and that the game will absolutely be a blast!