Back in 2008, Hidden Path Entertainment released Defense Grid: The Awakening, which catapulted the popularity of the resurgent ‘tower defense’ genre into the mainstream. In 2012 they launched a Kickstarter project to help fund the sequel, and this week it arrived! Defense Grid 2 is available on PlayStation®4 and Xbox® One and Steam (PC, Mac, Linux). 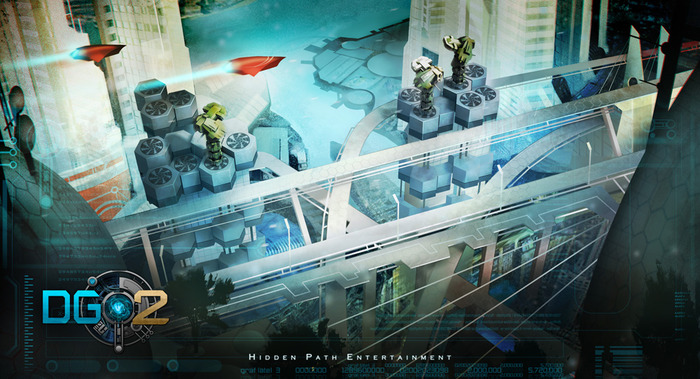 According to the developers:

Defense Grid 2 features gorgeous landscapes and intuitive gameplay as players defend against new threats to ensure the survival of the human race. The game features dynamic level movement, a rich story and cast of characters, hundreds of challenge mode experiences, new multiplayer modes, and a procedurally driven audioscore. DG2 also introduces players to DG Architect, a level creation tool set connected to Steam Workshop, in which players can create their own unique levels to share and potentially sell.

Defense Grid 2 is available as a digital download priced at $24.99.

There is also a special edition of DG2, priced at $29.99, is also available on Steam and includes: the digital book, The Art of Defense Grid 2; the ebook, The Making of Defense Grid 2: The Complete Story Behind the Game by Russ Pitts; and additional content including “A Matter of Endurance,” a new original audio story written by Hugo award-winning author Mary Robinette Kowal and performed by the English voice cast.

Were you as much of a fan of the original as I was? Are you looking forward to playing the sequel?