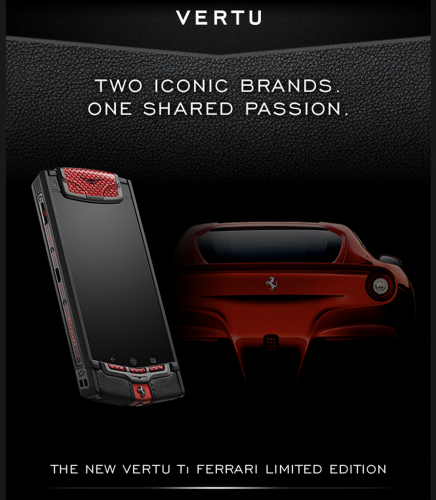 I have owned four different Vertu phones over the past decade, and while I can’t quite bring myself to spring for another one (yet) — I’m not gonna lie — I miss owning one. There is something to their saying that “Nothing will ever feel the same”.

Vertu phones are handmade of the finest metals, ceramics, and leathers, and they are basically works of art that also happen to be rock solid phones. The concierge feature is a big part of why they cost so much, but the odd thing is that even though I had access to the service on several devices, I’ve never really put it to use.

For me, Vertu ownership was about the device itself, which is why I can’t help but be curious about the new Android Constellation devices they’ve introduced. Some of them are more (relatively) affordable than others, but some of them are what I would simply consider “dream phones”. The latest “dream phone” is their new Vertu Ti Ferrari Limited Edition. I received an email about it today, and because prices are never included, I inquired.

Well as the saying goes, if you have to ask, you probably can’t afford it … and it has never been more true. Take a look at the phone, its features and specifications, and then I’ll give you the price …

The Vertu Ferrari Ti Limited Edition is available now, and shipping will begin early next week.

Interested? You can send an inquiry of your own or learn more about them on the official Vertu Ferrari Ti micro site.

And as an aside: you have to love a contact form that offers so many salutation choices. 😉