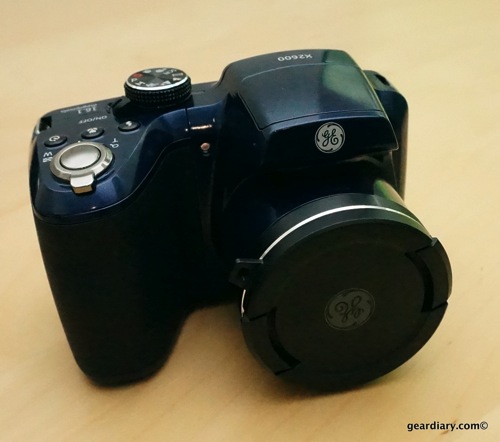 When you stop and think about it the fact that GE makes cameras shouldn’t come as a surprise. After all, they make everything else so why not a camera? What is a surprise is the fact that the budget-priced 26X zoom GE X2600 camera takes decent pictures. 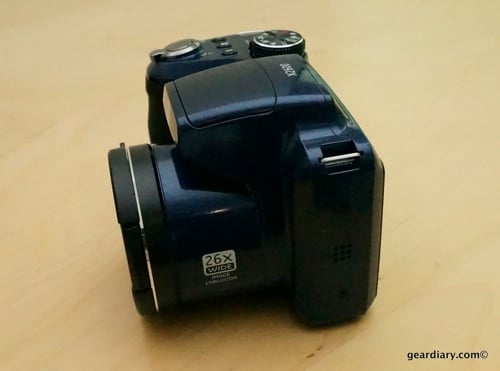 GE’s X2600 camera is under $170 and if you can ignore the color it looks like a serious camera. It shoots 16 megapixel images, has a 3″ LCD so you can see what you are actually shooting and it has a whopping 26X optical zoom with a wide-angle lens that actually works! The camera also has a built-in flash, shoots HD, has Optical Image Stabilization and Face Detection and much more. Add in the fact that the camera has an MSRP of $169.99 and the X2600 isn’t a bad choice for anyone looking to strike a balance between a point-and-shot and a serious DLSR. 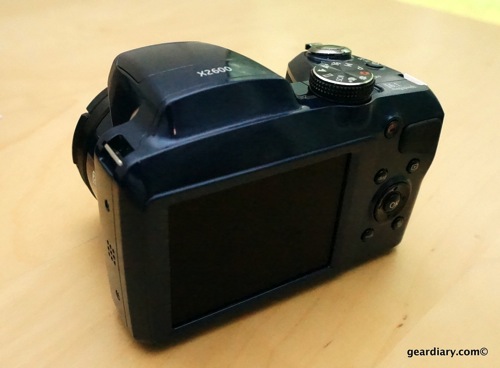 The inclusion of a 3″ LCD and some serious-looking buttons creates the illusion that this is a mid-range DSLR. When you pick it up and feel how light it is you’ll be reminded that it is not. Still, if you are looking to give a kid a camera or want something more than point and shoot to throw in your gear bag this may well fit the bill. 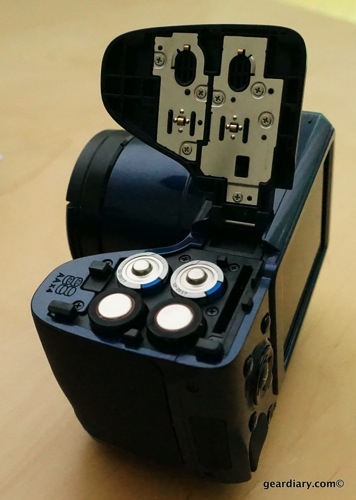 Believe it or not, the GE X2600 actually uses standard AA batteries. At first I found this a bit humorous. I mean, the last time I used a camera that took standard AA batteries was… actually I can’t recall such a thing. Then I realized how useful having a camera that uses standard batteries might be. After all, if you are out for the day and your camera’s rechargeable battery dies you had better have an extra battery or you’ll be dead in the water until you can get to an outlet for a few hours. By using AA batteries the X2600 can go on as long as you have extra s available. And if the camera dies and you don’t have batteries they are as close as the nearest store. That could come in rather handy. 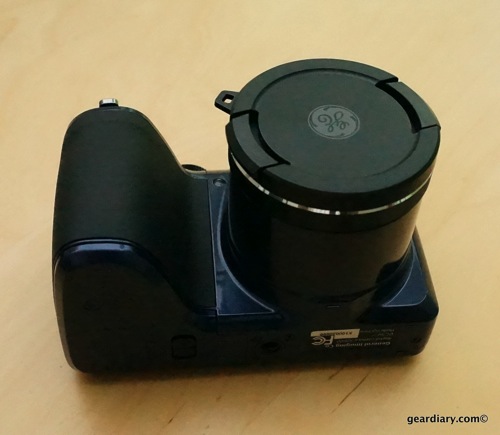 The X2600 has a substantial grip that makes it easy to hold. I do wonder if someone with a smaller hand might have a bit of an issue with it. The lens isn’t detachable so what you see is what you get. At the same time, the camera sports a 26X zoom that works surprisingly well.

When the lens is extended it looks rather odd… and could easily be the butt of some serious frat-boy humor. (Sorry, if I didn’t go there someone would have…) 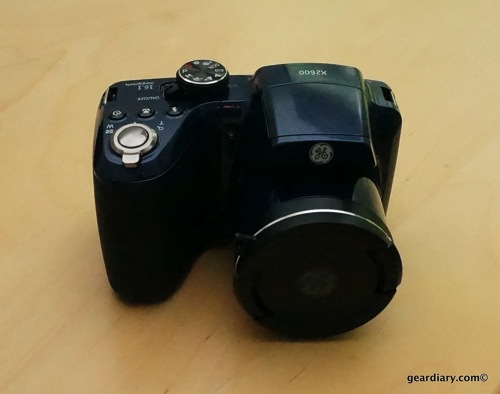 The real question of course is “Does it take decent pictures?”. Here are some samples so you can see for yourself. In each series I didn’t move but simply let the zoom do the work.

In all the GE X2600 camera holds its own surprisingly well. No, this won’t compete with a Canon or Nikon DSLR or one of Sony’s NEX cameras but for under $170 this camera is a great starter for casual shooting or a decent camera to throw in a bag and have available when you need something more than your smartphone but didn’t think to bring your serious shooter.

What Needs Improvement: The color and feel of the camera make it seem a bit cheaper than it is