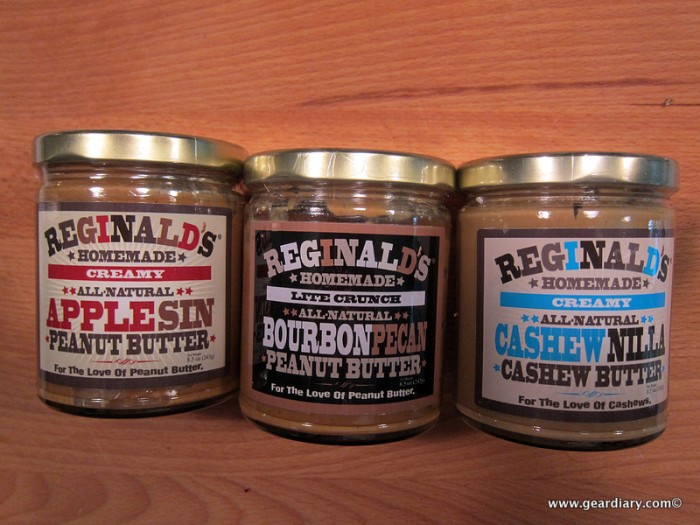 This is a bit of a departure from my normal reviews here at Gear Diary, but I’ve come across some interesting and unique products from the commonwealth of Virginia that are worthy of sharing. Read on if you’re interested in nut butters from Reginald’s Original, hickory syrup from Wildwoods, or the latest release from AOL, Early Mountain wines.

In my day gig as a food writer, I get lots of sample products to review. In fact, my UPS and Fed Ex guys must think I’m a lonely old drunk since I have to sign for liquor deliveries a few times a week. What they don’t realize is that I’m not locked up in my house drinking from bottles of hooch that I refuse to leave the house to buy. In fact, a lot of those bottles that I’m signing for are just little 50 ml samples which I have to make a very careful analysis of after just a few small sips.

Three recent deliveries brought some great products which I discovered on a recent eating and drinking media tour of Virginia. (Yeah, I know. Tough life I live.) But at least I’m sharing them with you electronically.

The first samples are a line of innovative nut butters from Reginald’s Original out of Rockville, VA. I’ve always been a fan of peanut butter and am a firm believer that peanut butter-filled pretzels are one of nature’s perfect foods. A spoonful of PB on a banana or an apple is my breakfast most mornings, and I haven’t really be searching for much variation in my diet.

But along came Reginald’s to change my mind. Available in both my preferred creamy variety and crunchy options for the rest of y’all who are just plain wrong about your choice in peanut butters, Reginald’s uses Virginia peanuts and just a touch of oil to make all-natural peanut butters. Virginia is known for their peanuts, and after a light roasting, the flavors that they contribute to their Original Roast is just delightful.

Their roster of products extends well past just the same old, same old. They use different nuts and interesting add-ins like chocolate, amaretto and bourbon to create many novel varieties. I was particularly taken by the Bourbon Pecan Butter, since it includes another one of my major food groups into the nut butter for two meals in one. (Even if it is crunchy…)

Available in fine groceries in the Mid Atlantic region, Reginald’s Originals are also sold online on the company’s website for about $7-8 per jar. If you can’t make up your mind, or you might like to give some as small gifts, you can also purchase a ten jar sampler pack for $37.50. I’d sure be happy to receive a gift like that! 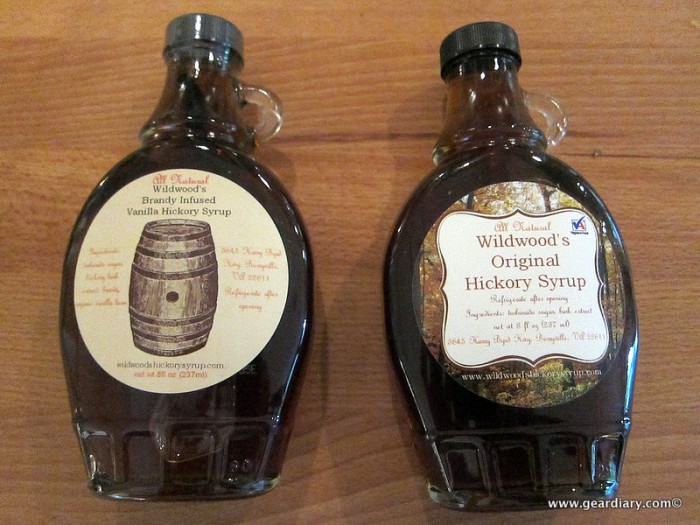 I already thought I knew a lot about peanut butter when I went to Virginia, but another discovery was a product I never even knew existed, hickory syrup. Unlike maple syrup, which is drilled and tapped out of a tree, hickory syrup is made from the bark of the hickory tree that naturally sloughs off seasonally. For this reason, hickory syrup is also called “Shagbark syrup.” The bark is cleaned and boiled to release and distill the essence of hickory flavor which is then added to syrup made from barely refined turbinado sugar to create a product that is natural and sustainable.

Of course, the process is labor intensive since they actually have to hunt down the shedding trees rather than just cutting down a forest, so the syrups that I sample from the Shenendoah Valley’s Wildwood’s Hickory Syrup is a little pricey, but well worth it. The resulting product adds a sweet and smoky character to anything you pour it on, and added to a roasted sweet potato it will curl your toes.

The syrups come in 8 oz. and 12 oz. bottles and range in price from $14-$19. In addition to the original recipe, Wildwood’s also shares Reginald’s talent for adding flavors to their base product. The brandy/vanilla hickory syrup that I sampled had a considerable complexity of flavors that made it difficult for me not to drink it straight by the spoonful. Self-control is not one of my major virtues…

If you’d like to try Wildwood’s, your best bet is probably to order it online unless you live in Virginia. It’s one product that is great on both sweet and savory foods, and I’ve used it to great effect as a gaze for pork chops and as a topping to an ice cream sundae. Check it out! 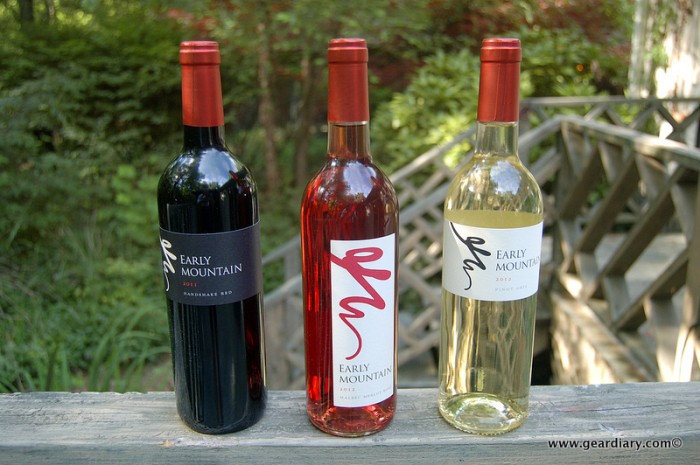 But after all, this is primarily a tech review site, so perhaps I should discuss some techy element in these reviews. they say that the best way to become a millionaire in the wine business is to start out with ten million dollars.

That’s sort of the case with Early Mountain Vineyards outside of Charlottesville, VA. Their owner is Steve Case, the former CEO of AOL. Case has invested a significant amount of money in Early Mountain to build a beautiful facility that not only makes wine, but can also serve as a conference center. The Virginia wine industry is definitely on the rise in terms of both quality and attention, and Case believes that a rising tide can raise all boats.

In addition to growing several varietals of grapes and producing several different types of excellent wines, the tasting room at Early Mountain magnanimously showcases and sells lots of wines from other wineries in Virginia to create a one-stop option to learn about the wines of the Commonwealth.

Early Mountain’s wines are surprisingly sophisticated considering how young the winery is. Their Handshake Red is a classic Bordeaux blend of Merlot, Cabernet Sauvignon and Petite Verdot that can compete with any red meritage made outside of California. The 2011 vintage is still young, so I imagine it will only improve in the bottle over time.

Their Viognier is peachy and approachable without being overly sweet. Best served chilled, this wine would be a great way to introduce friends into the world of East Coast wines while sharing the interesting story of Case’s dream. It would also pair nicely with a nice slice of apple pie a la mode for dessert.

The third wine I sampled was a unique Rose. Pink wines have gotten a bad rap ever since Sutter Home White Zinfandel lowered the bar to the floor back in the 80’s. But a nicely crafted rose is a wonderful wine to accompany food since the blend of flavors can work nicely with meat or fish as long as the food isn’t too heavy. Early Mountain’s version is one of my favorite domestic roses I’ve had in a long time. If your state allows online purchasing and shipping of wine, then you can buy Early Mountain’s wines or join their wine club on their website.

I hope you’ve enjoyed this culinary tour of Virginia; let me know in the comments if there are some other treats I’ve missed out on.