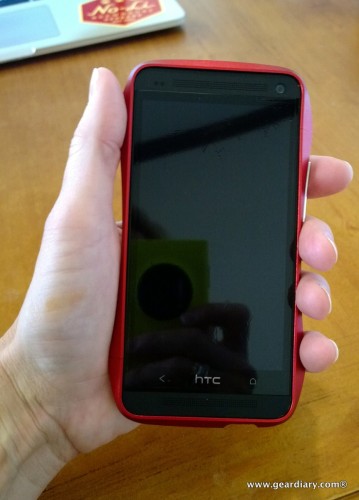 The DRACOdesign ONE makes the HTC One easier to hold

I absolutely love my HTC One. Unfortunately, it is not the most popular Android phone (even if I think it should be), so my case options have been limited to bulky, plastic, and ugly … until now. I recently received DRACOdesign’s gorgeous $79.99 ONE Aluminum Bumper, and it is now somewhat permanently attached to my phone. Here’s why … 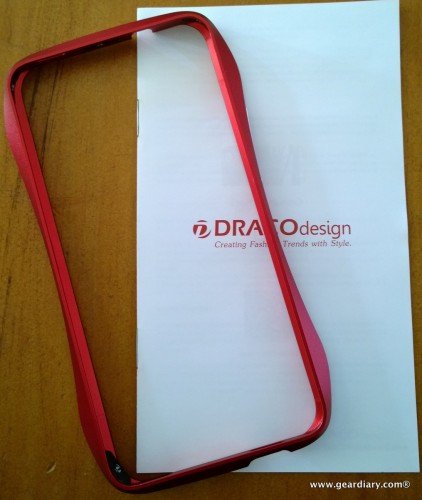 I’ve reviewed plenty of aluminum bumper cases over the years, but the majority of them were for various iPhone incarnations, and quite a few of those cases interfered with the iPhone’s antenna causing reception issues. Even so, I really like the look of an anodized aluminum bumper on my phone, and if phone reception wasn’t such a concern, I might have always used one.

The thing is, even though antenna interference seems to be a largely an iPhone issue, I can’t help but get a little bit nervous when considering putting an aluminum bumper on any phone. If you have the same concerns, let me start this review by telling you that there shouldn’t be any reason to worry.

The HTC One is an aluminum clad phone to begin with; from what I can glean, the entire back of the phone is the antenna. Since that area is left open and exposed by the DRACO ONE, interference shouldn’t be an issue. As a matter of fact, I noticed no difference in signal strength or data capabilities when the bumper was on or off my phone. I can’t scientifically prove that there is no signal loss, but my experience leads me to draw the conclusion that the issue is moot, and I have no hesitation about using this particular case.

But as usual, I am getting ahead of myself.

The DRACOdesign ONE Aluminum Bumper for HTC One is composed of aircraft grade aluminum that has been precision 5 axis CNC processed. There are little black rubber “bumpers” located on its inside corners and in other strategic spots to help cushion the case in corner drops and to prevent scratches.

The ONE is offered in three colors — black, silver, and the red that I received — and its two metal halves are held in place on the One’s frame with two screws. A special screwdriver is included in the packaging along with two spare screws. Obviously this means that you won’t be able to quickly swap cases on the One, and when you do decide to remove or install the case, you’ll need to be very careful not to lose any of the tiny screws, but these are the type issues that anyone who has used a metal case or bumper will be used to. 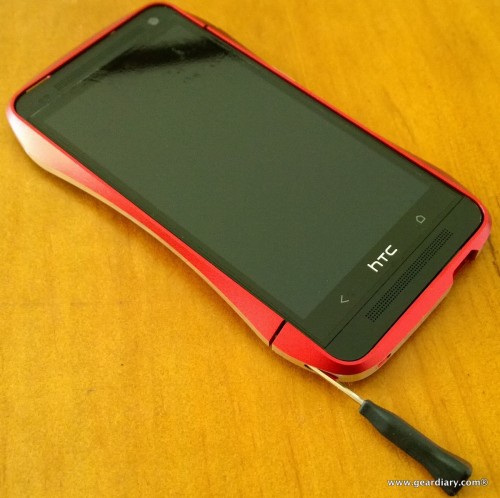 There are cutouts in appropriate locations on the bumper case to accommodate  a headphone jack, the sync/charge cable, and the bottom microphone, and there is even a pair of small holes on the bottom for those who have a wrist lanyard they would like to attach. 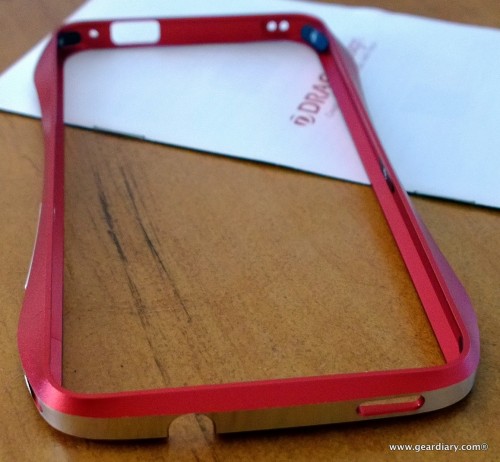 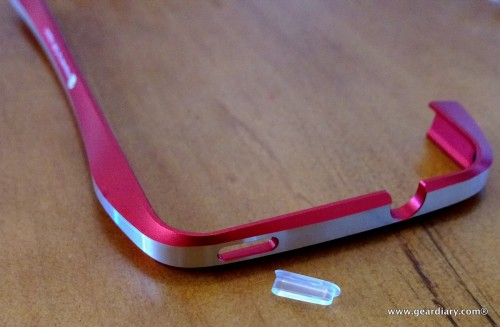 Do not lose the little plastic power button cap!

The end result is a bumper that adds ergonomic curves to an otherwise stick straight device. 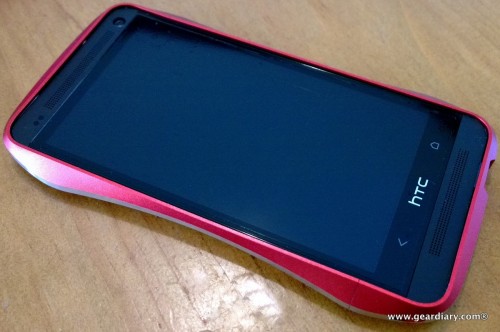 The DRACOdesign ONE adds a slightly raised bezel around the One’s screen, so there is face-down protection. I have added a film screen protector (it’s not my favorite kind, but until I can get a tempered glass protector that works, it is better than nothing), so I feel confident that my screen is safe. 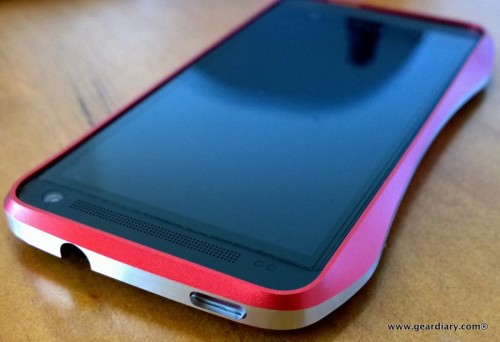 Because of the HTC One’s curved back design, there is no real way for a bumper case to protect it; that’s where the clear skin that I had previously installed on the One’s back comes in. 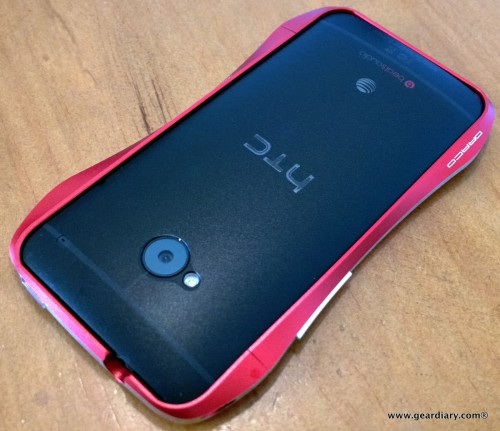 Add a clear skin to the back, and your HTC ONE will be fully protected!

Ideally, the DRACOdesign ONE Aluminum Bumper would come with a full body skin, such as the ones Bodyguardz sells. I would ordinarily feel a bit wary about such an open design on my hump-hacked device, but because I already have a skin installed, I have no reservations about keeping my phone in this case.

If you want to add corner protection and a few sleek metal curves to your HTC One, and you prefer not to install a rubber or plastic case that adds bulk, looks cheap, and does little to accentuate the device’s sleekness, then the DRACOdesign ONE Aluminum Bumper may just be your perfect solution. It’s mine, for sure! =)

The DRACOdesign ONE Aluminum Bumper for NEW HTC ONE is available directly from the manufacturer in Black, Silver, or Red.

What I Like: Not bulky, and it doesn’t look cheap; protects all four corners on the device; adds ergonomic curves to the otherwise stick-straight HTC One; has wrist lanyard holes for those who like to use one; I haven’t noticed any signal degradation when the One is in this case

What Needs Improvement: Ideally the kit would include at least a clear skin for the HTC One’s back