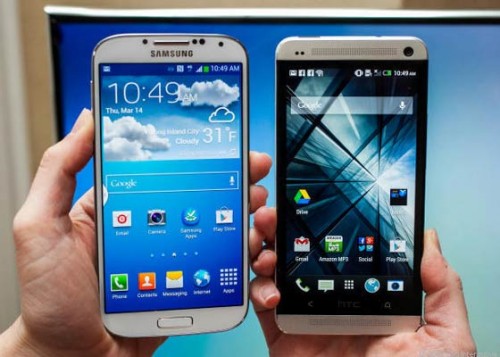 Samsung is many things – they are an innovative chip maker, excellent device maker, massive company with their hands in nearly everything. Samsung is one of the “chaebol” – family-run conglomerates that dominate South Korean society. They are also a company that has a proven willing to do nearly anything to succeed – and today we learn their latest shameful tactic.

Samsung has just been fined $340,000. Why? Because they admitted to paying off students to write false positive reviews for Samsung and false negative reviews about HTC products. There are more details noted here from when the charges first appeared, but apparently Samsung was concerned that the Galaxy S4 didn’t measure up to the HTC One and would erode Samsung’s share of the smartphone market.

As noted at The Verge,

Samsung had organized an Internet campaign in violation of fair trade rules to praise Samsung smartphones while slamming those of HTC.
The FTC set Samsung’s fine at New Taiwan dollars 10 million ($340,000). It also leveled smaller fines on two Taiwanese trading companies it said were responsible for mounting the Internet campaign.

Earlier this year the FTC fined Samsung NT$300,000 for misleading advertising about the camera functions on its Galaxy Y Duos GT-S6102 phone.

Of course, as we all know, Samsung has done just fine with the Galaxy S4, while HTC is reportedly in extremely bad financial condition. How much of that is HTC’s own incompetence, and how much impact has this and other actions from Samsung had on HTC plummeting? We will likely never know.