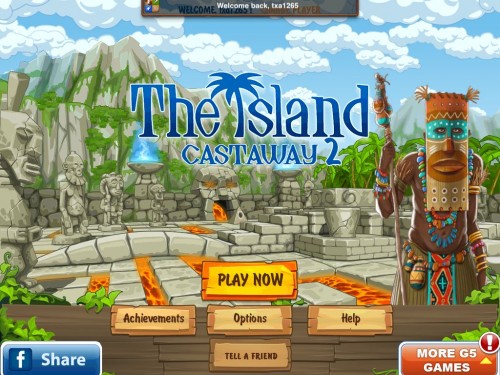 The Island: Castaway was a surprisingly fun blend of strategy and simulation, and the sequel takes you back to the island before the original castaways landed. You need to uncover a mystery as you learn loads of skills and recipes. It is better and more fun than the original, providing hours of fun and tons of new things to do!

Description:
The Island: Castaway 2 has loads of content, including:
– A huge, colorful island to explore
– Over 300 intriguing quests to complete
– 16 original and engaging characters
– 28 rarities to collect for Professor Langst
– 11 unique recipes to master
– Dozens of vegetables, herbs and fruits to grow
– Fascinating storyline and stunning artwork 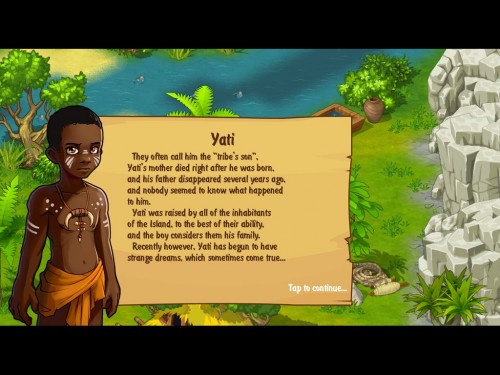 The Island: Castaway 2 is immediately confusing on a number of levels. First, it is a sequel that is actually a prequel – but that is common enough to forgive. Next, you play as an orphan who has been brought up his whole life on the island – in other words, NOT a castaway! Finally, you are perhaps the hungriest child in history!

Fortunately none of this confusion gets in the way of the fun! You play as Yati, an orphan who is plagued by hallucinations and is also going through the rites of manhood. This sets up a great rationale for Yati to constantly be tasked with small quests! 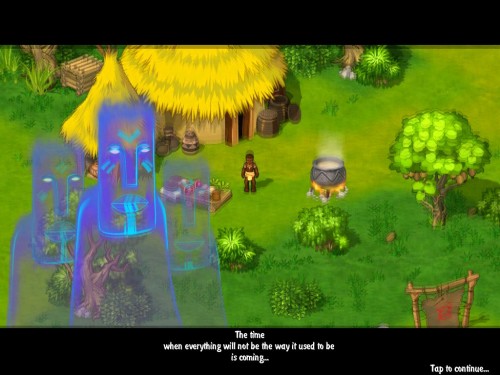 There are a few main areas of exploration you will encounter in the game: recipes, item creation, trading, exploration, hunting, fishing, and talking to other characters. Throughout the game you will meet new characters who will have things to tell you and things for you to do somewhere else on the island.

One of the best things about the game is the comprehensive mapping system. It is quickly accessible, and shows you not just where you are, but where you’ve explored, where key items are located, and where characters are standing. To go somewhere simply tap the map and your character starts walking. 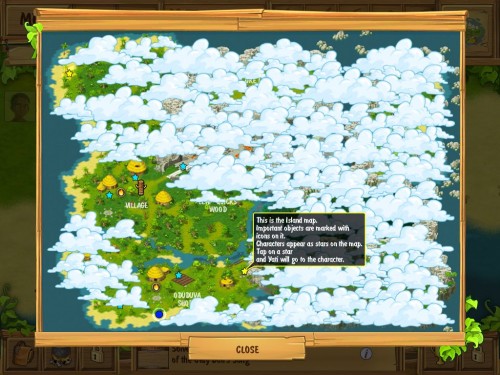 Aside from collecting items, you will quickly start learning how to combine items into recipes. This is useful for solving quests, but also for keeping Yati fed. His hunger level is mapped to his health, and soon you will be unable to run without food – and combined items such as salads or cooked fish are more nutritious than single fruit or vegetables. They also sell for more ‘pearls’ (the game currency) which will help you buy more materials.

You will also learn to hunt and fish, which is good for getting raw materials and food – but also for survival. It is likely you will run into boars early on in the game – and might even ‘faint’ after getting attacked. If you do faint, you respawn but lose some items, which can be frustrating. So the sooner you learn to craft and start accumulating arrows, the better!

The other thing that makes your life easier is trading. If you are diligent you will collect everything you can get as you roam around, make as many full meals, chop down trees, go fishing and hunting … and eventually be able to upgrade your tools. Upgrading your storage allows you to carry more stuff – which is the most essential thing you can do and should be your first upgrade. 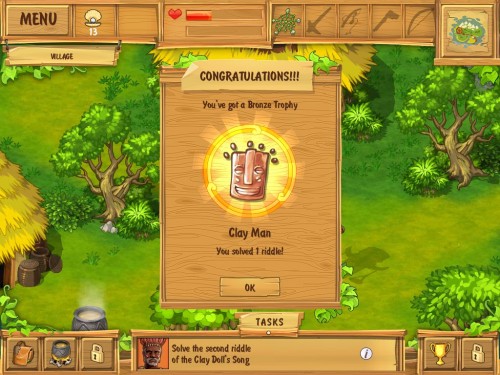 Other upgrades make your life easier, allow you to do things quicker and allow you to preserve resources. For example, chopping down a tree takes about 10 whacks with the axe. Upgrading once reduces it to seven, and the second upgrade reduces it to five. Since each whack takes a certain amount of energy, you can go longer between eating by upgrading. The same is true with hunting, where eventually you can one-hit kill everything.

The story itself is very well done. Characters are interesting, and the developers did a great job of providing a main story that isn’t totally obvious so you want to finish the game to figure out what happens.

There wasn’t a single thing I didn’t enjoy – voice acting was well done, music was enjoyable, the tasks made sense and were well paced, and the game itself was fun from start to finish. I spent a bunch of hours – because I was obsessive about earning achievements and about picking everything up that I found. It was a blast! 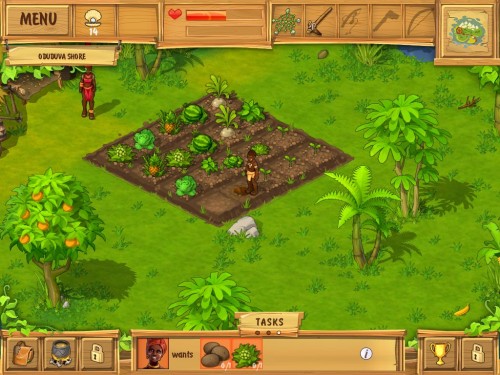 Ease of use/Overall performance: If you played the original you are all set, but if not the tutorials will get you through.

When you interact with others you will notice that all of the lines are fully voiced. This is a great surprise, and the actors do a solid job bringing the game to life. The graphics and controls are similarly excellent – nothing technical intrudes on you having a great experience!

Would use again/recommend?: Definitely! As I said, this is better than the original and just a load of fun. It was challenging enough to be interesting without ever becoming overwhelming.