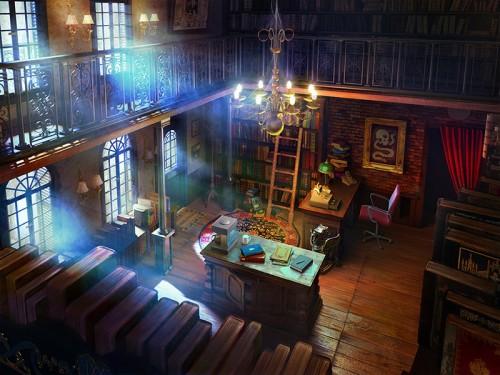 When you think of the classics of adventure gaming, you think of LucasArts and Jane Jensen, of Maniac Mansion and Gabriel Knight. We have seen many LucasArts game brought back through TellTale Games, and now Jane Jensen herself has returned to revamp Gabriel Knight: Sins of the Fathers for a 20th anniversary release in mid-2014.

Here are the publisher’s notes on the original game:

In 1993, a rash of ritual voodoo murders took place in the swamps and back alleys of New Orleans. With local police baffled, only one man was equipped to solve the case: Gabriel Knight, owner of a French Quarter bookstore, struggling novelist, and an unwitting descendent in a long line of shadow-hunting Schattenjägers. Armed with little more than a sacred dagger and talisman, his N’awlins drawl, and his own irresistible brand of charm, Gabriel Knight quickly became a gaming sensation when Sierra On-Line released his first adventure, Gabriel Knight: Sins of the Fathers®, in December 1993.

The game has been in development for a year under a generic title, and is set for a mid-2014 digital release for PC, Mac, iPad, and Android. The graphics have been upgraded from 640×480 pixel art to 2048×1536 3D renders, and a remastered soundtrack has been prepared by original composer Robert Holmes.

Over at the official site there are a ton of resources from screenshots to a MP3 sample from the soundtrack to multiple ways to interact with the developers and other fans. Check it out!