The recently released film Gravity has become a modern-day classic as well as an informative presentation about space gear. From specially colored manuals to thruster packs that move astronauts from site to site in space, audiences get a real sense of the necessary gear used in space missions. 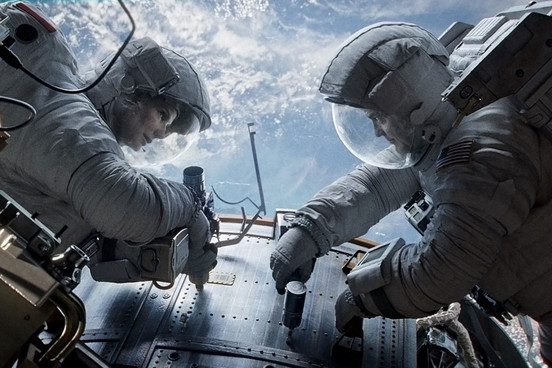 Space gear use and scenarios in the film have been questioned by real astrophysicists, authors and former astronauts, but the presented uses and scenarios are thought-provoking, surprising, and, most importantly, entertaining. Logistics in a film set in space are always complex, so the simple explanation and demonstration in this film are greatly appreciated.

Filmmakers provide practical applications by just showing audiences how astronauts use the gear instead of adding unnecessary dialogue. You just watch Ryan give her location using her suit instruments instead of hearing a lengthy explanation. The opening credits also set the logistical tone with mention of temperature fluctuation and other pertinent information. 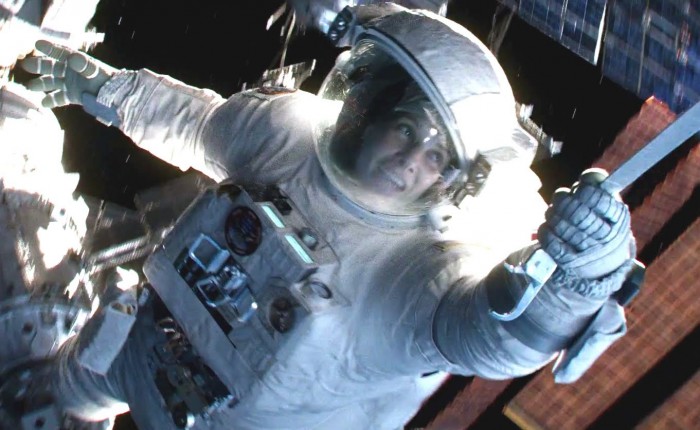 Astronauts also demonstrate impressive moves inside tight quarters and outside various space vehicles that would make any Cirque Du Soleil performer proud. They also might have some super gripping material on their gloves, especially since they are constantly grabbing various items. 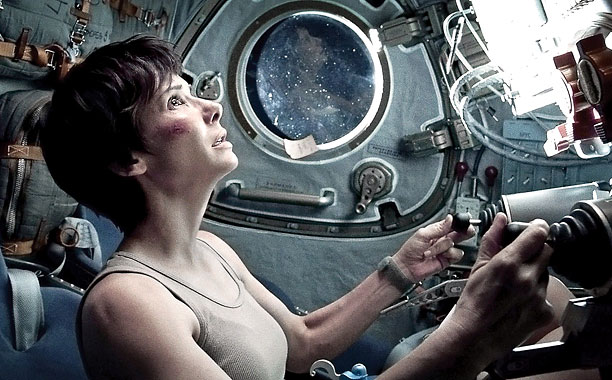 Besides the basic tools, vehicles, power tools, and lighting tools, Gravity features instructional manuals in well designed slots, racks, nooks and crannies so this vital information stays put. Ryan talks out her thoughts as she scans through the pages.

Audiences see endless examples of the gear in action through character action instead of astronauts amid the gear with nifty colors, designs, and sounds. Thankfully, Gravity shows how the sound vacuum really works in space, so audiences only hear smashing debris in the preview for the film and not in the actual film, plus there are unique sound/views from the inside of the suit, which also feature the gloves, helmet, and “underclothes” or lack of. Audiences do not need characters to mention how sick they are getting, because the audience gets a real sense of the weightlessness, motion, and vertigo. Overall, the special effects and sounds enhance the character actions instead of driving them.

As the astronauts cope with various challenges, dangers and disasters, the film provides a smooth view with authentic sound effects within a documentary-type feel. The Sci-Fi film genre represents incredible pressures to give audiences something new. The familiar survival theme goes to a new level.

No aliens. No weapons. Just human survival in space, where they depend on their gear like never before. Raw emotions we only think about in the deep recesses of our minds come out of Ryan in authentic fashion, resulting an amazingly emotional experience. Gravity gives audiences a true “out of this world” feel that is unattainable for most people in real life.

Besides the basics (oxygen supply, suit, etc.), can you imagine what your go-to-gear might be if you ever went into space?