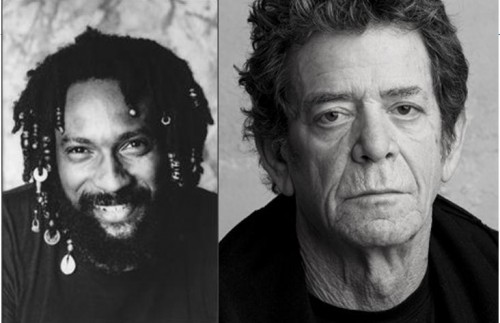 In Memory of Ronald Shannon Jackson and Vernon Reid

Over the last week we’ve lost two visionary artists in very different musical genres; two men whose names might not have been household names and who might never have burned up the pop charts, but their impact was broad and far-reaching, and who will be sorely missed. Those men were jazz drummer Ronald Shannon Jackson and rock musician Lou Reed.

Ronald Shannon Jackson was a drummer, multi-instrumentalist and composer who earned considerable acclaim as the only musician to work with Ornette Coleman, Cecil Taylor and Albert Ayler. He was a tremendous drummer and bandleader, and his ‘Decoding Society’ band (formed in 1979) led a style that became known as ‘free funk’.

Jackson went on to form bands called Power Tools and Last Exit, which allowed him to work with up and coming young musicians – Living Colour’s Vernon Reid (remember Cult of Personality?), as well as greats such as Frisell, Sharrock, Brotzmann, Laswell, and more recently Vijay Iyer.

He had a heart attack on a recent tour with the new group Encryption, featuring Reid and Melvin Gibbs. Jackson suffered from leukemia and had been living in hospice care.

Here are a few videos, starting with a trio called Power Tools with Bill Frisell and Melvin Gibbs:

And there is a ‘way out there’ group called ‘Last Exit’ with Sonny Sharrock, Peter Brotzmann, and Bill Laswell:

Finally, here is a great example of what Jackson and the Decoding Society were all about:

Lou Reed will always be associated with two things: the Velvet Underground and ‘Walk on the Wild Side’. But his influence was felt throughout the years in genres such as art-rock, glam, punk, metal, New Wave, and grunge. While trying to figure out his voice as a singer-songwriter, he discovered that the pop music world was filled with dishonesty and pretense.

His path was clear – bleak and brutal honesty. He was called a ‘punk poet’. His flat, rough vocals that at times evoked Dylan and at others were more like ‘spoken word’ than singing, were central to the feeling that he was having a personal discussion with you. Through his songs he addressed his struggles with sexuality, drugs, and alcohol; he was brutally critical of America’s hypocrisy while simultaneous exploring his own failings and vulnerabilities.

The famous quote about Lou Reed attributed to Brian Eno is that while the first Velvet Underground record sold only 30,000 copies in five years, everyone who got it formed a band. It is a reminder (especially in light of a recent ‘who had how many #1’s’ debate that Katy Perry started with Paul McCartney) that sales do not equal influence or impact (or anything else but sales).

Reed has been married to artist Laurie Anderson (O Superman) for the past 5 years, and his health had been frail since a liver transplant earlier this year.

And their biggest hit, Sweet Jane, with the incredibly influential yet simple progression:

And, of course, Walk on the Wild Side: